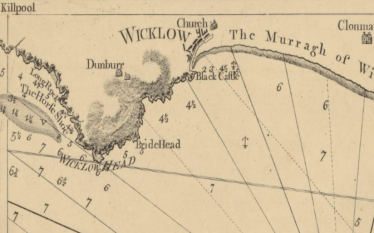 zoom
Fig. 1 Mouth of the Vartry River at Wicklow Harbour. Extract taken from early Admiralty Chart of the East Coast of Ireland. 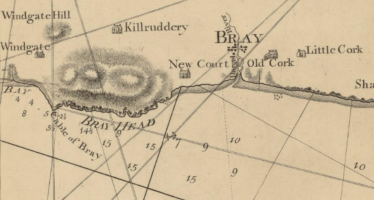 zoom
Fig. 2 Dargle River, Bray, Co. Wicklow where St Patrick is thought to have landed in 432AD. Extract taken from early Admiralty Chart of the East Coast of Ireland. 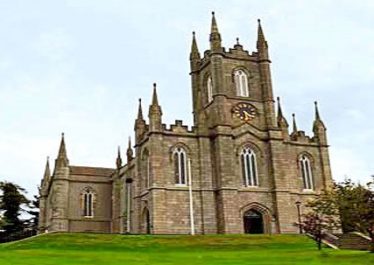 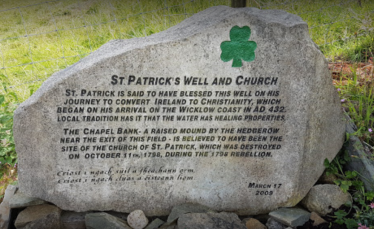 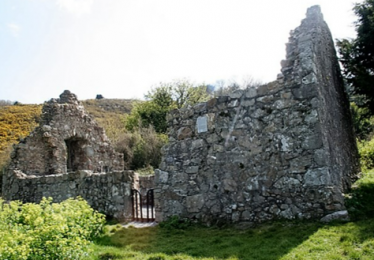 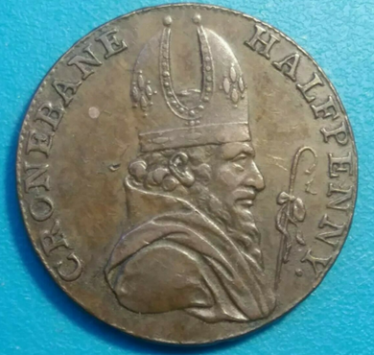 zoom
Fig. 6 A Cronebane halfpenny token was issued by the Associated Irish Mine Company for payment to their employees engaged in copper mining at Cronebane, Avoca, Co. Wicklow

The landing place of St Patrick is probably one of the most contested topics in County Wicklow with several towns and villages laying claim to this title.

According to early texts, St Patrick and 34 followers landed on the coast of Leinster at the mouth of the river Inver-Dea (Inver De) in  432AD. Several suggestions have been put forward regarding the exact location of this river. Bury (1905) suggested that the river Inver-Dea refers to the Vartry River in Wicklow Town (Fig. 1). Others claim that St. Patrick landed south of Arklow, at Glas Gorman , while the Inver-Dea is thought to refer to the mouth of the Bray River or Dargle River further north (Fig. 2) (Fraser 1836). There are also a number of historical references to St Patrick’s landing at Three Mile Water, Brittas Bay (Heavener, 1993) while in 1870 the Rev Richard Galvin of Rathdrum put forward, Bray, Wicklow Town and Rathnew as possible landing sites.

Wherever the exact landing place of Saint Patrick may be, like many other counties in Ireland, County Wicklow is rich in iconography, symbolism, stories, legends and myths linked to our patron saint. Our landscape is littered with references to St Patrick, and most towns and villages have a school, a church, a hall, a road or a community group named after him (Fig. 3).  References to the saint are found in many of our place names and numerous holy wells are dedicated to him (Fig. 3 & 4).

The following account, taken from the Irish Folklore Schools Collection, illustrates the lasting legacy of St Patrick found in local stories and legends:

‘A long time ago when St. Patrick came to Wicklow. There was a woman who sat on a stone in a field up the Green Hill Road. She had a cup, one side of it was magic, anyone who asked her for a drink she gave them this side and he or she died immediately. St. Patrick heard of it, one day he went up, and asked for a drink, she gave him this side but he said “No thank you” and he hit the cup on the stone.  After this it was called St. Patrick’s Well about 1506 year ago. Now it is owned by the Dominican Convent. You can still see the water running in the field on the Green Hill Road’.

(Transcription from the account of Mrs. Biddy Vickers recorded by a young girl attending the Dominican Convent in Wicklow Town in 1938).

In summary, although no conclusive evidence has come to light regarding the exact landing place of Patrick in County Wicklow, this young man now forms an integral part of the  cultural heritage of our county.

Fraser, J. (1844) ‘A handbook for travellers in Ireland: Descriptive of Its Scenery, Towns, Seats, Antiquities, Etc., with All the Railways Now Open, and Various Statistical Tables : Also, an Outline of Its Mineral Structure, a Brief View of Its Botany, and Information for Anglers. William Curry, Jun. & Co. : Dublin