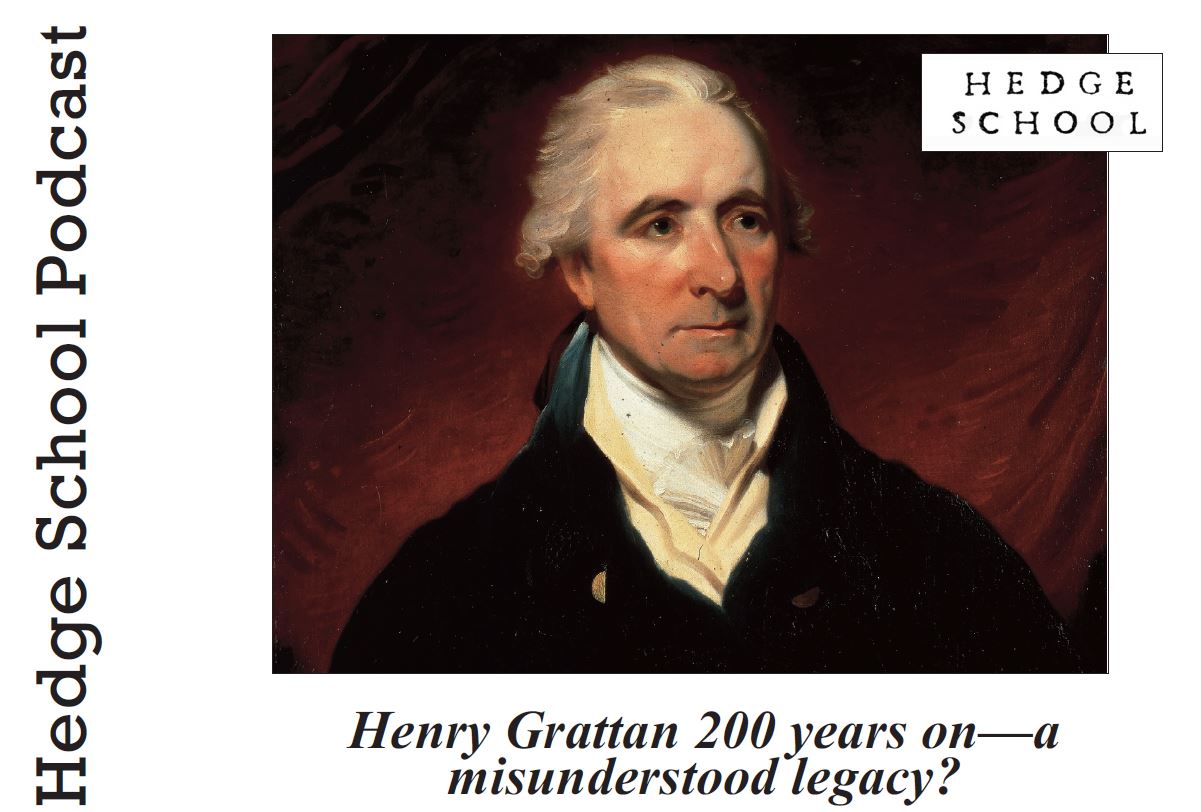 Henry Grattan podcast: Supported by the Wicklow County Archives Service, in association with the Bray Cualann Historical Society. To mark the bicentenary of Grattan’s passing and to reassess his often misunderstood legacy, join History Ireland editor Tommy Graham for an online Hedge School, with David Dickson, Patrick Geoghegan, Sylvie Kleinman and Tim Murtagh. This podcast is now available at https://podcasts.apple.com/us/podcast/history-ireland/id1503109266 and https://www.historyireland.com/hedge-schools/ or wherever you get your podcasts. 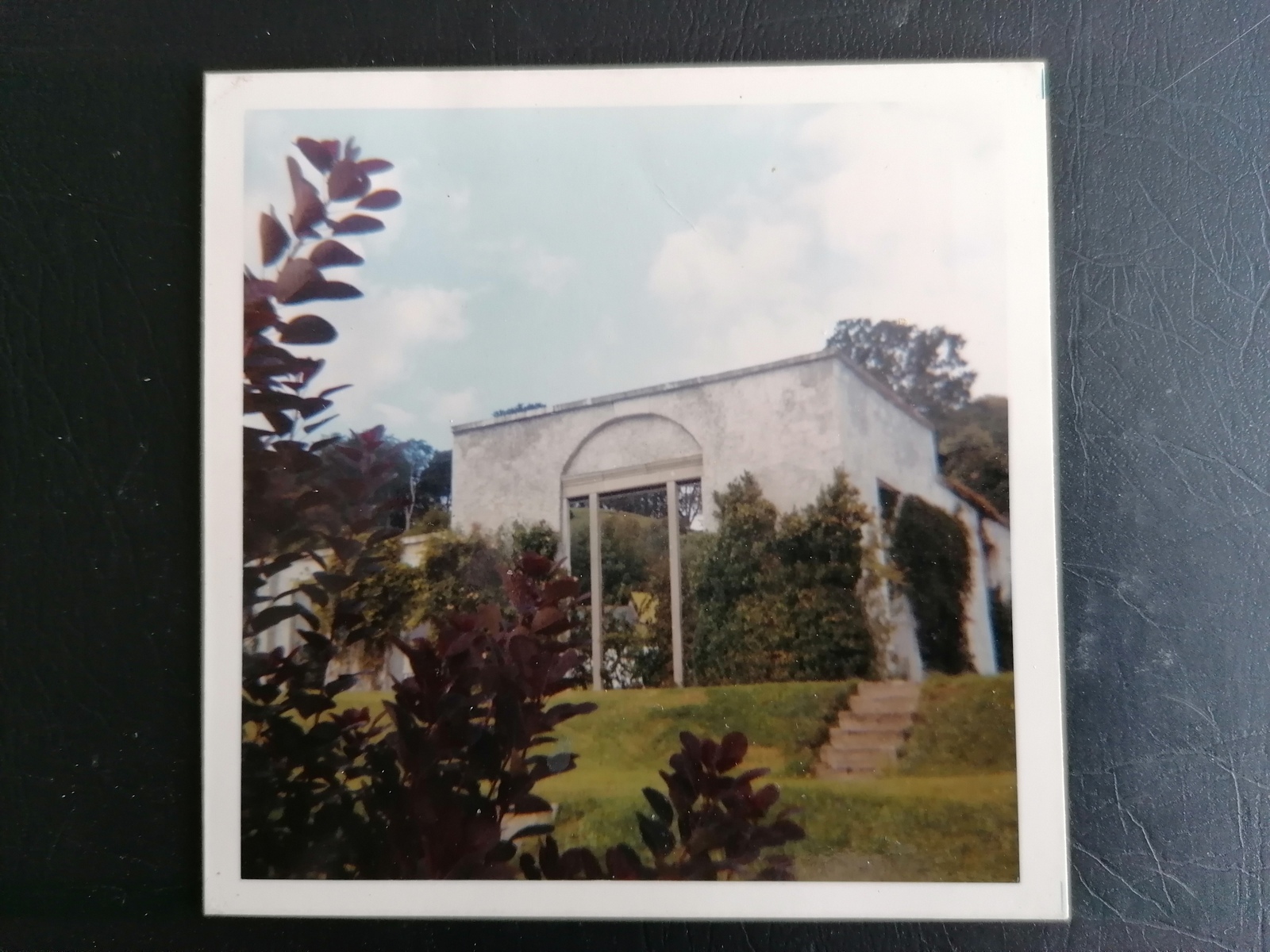 Henry Grattan gives his name to the period of the Irish Parliament 1782 -1800. When Ireland could make its own laws and had independence from the House of Commons. Henry Grattan was a great orator and was vocal on issues that concerned Ireland.  He was born in Dublin in 1746 and was educated at Trinity College where he studied Law.  He moved to London and persuade his legal career, while there he met Henry Flood  and Charles Fox who suggested that he become a member of Parliament.  Grattan took Lord Charlemont’s seat in the Irish House of Lords in Dublin in 1777.

Henry Grattan and his legal friends would often visit the Dargle Valley and stay at the old coaching inn at Tinnehinch just outside Enniskerry.  He vowed to purchase the Inn and make it his home.  The Dargle valley was favourable with Grattan’s health condition and he could avoid the smog of the city.

1782 was a major year in the life of Henry Grattan. The Irish Parliament voted him £50,000 in thanks and he bought an estate at Moyanna near Vicarstown  County Offaly.  A shooting and fishing lodge at Glenwood near Laragh County Wicklow was also purchased and his son, also called Henry, would live there.

Henry Grattan’s final purchase was the old coaching inn at Tinnehinch, Enniskerry.  He married Henrietta Fitzgerald in 1782 and they moved into Wingfield House near Kilmacanogue while repairs were carried out to Tinnehinch.  In 1874 Henry Grattan moved into Tinnehich and would walk along the banks of the Dargle practising his speeches.

A visitor to Tinnehinch remarked that there was a tall tree close to the house. Henry Grattan turned to his gardener Matt Walsh and said “I must move the house”.

When the Act Union of 1800 came into force Henry Grattan retired but was persuaded by his friend Charles Fox to stand for constituency of Malton in the House of Commons. He won the seat in 1805 and held it for a year. He then won the Dublin constituency and held it from 1806 until his death 1820.

On 20th May 1820 Henry Grattan left Tinnehich Enniskerry to address the House of Commons on Catholic Emancipation. On arrival in Liverpool he was feeling ill and Dr Gason Senior of Enniskerry who accompanied Grattan persuaded him to rest and spend two extra days in Liverpool. Against doctors orders he met a group of Catholic gentlemen from the city.  He was too weak to travel by road to London and instead went by barge from Runcorn to London. Near London on the 1st June he took ill but he made it to 68 Baker Street, London where he died on 4th June 1820 – two hundred years ago.

Henry Grattan was buried in Westminister Abbey against his will as he wanted to be buried in the graveyard at Moyanna, County Offaly.

Grattan’s death was reported in the “London Times” on 9th February 1820 although he did not die for another 5 months!

Grattan’s wife Henrietta moved to England to live with their daughter Harriet. His oldest daughter Mary married and lived at Altidore near Newtownmountkennedy.  His youngest son Henry moved into Glenwood near Rathdrum and his eldest son James lived at Tinnehinch where he died in 1854.  James’ wife Laura died in 1888, when the papers and books of Henry Grattan were sold by a Dublin auction house.