You are here: HomenextNew contributionsnextHow singing can help you - in so many ways during COVID

How singing can help you - in so many ways during COVID 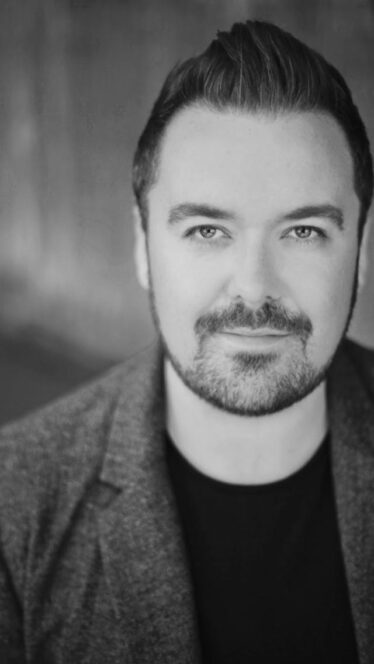 Ross Scanlon trained at the Conservatory of Music and Drama in Carrickmines to be an opera singer with his friend Lindsey Dempsey. Afterwards their careers diverged with Ross going on to sing professionally across Europe while Lynsey stayed at home and diversified into teaching – not just music but mindfulness and yoga.

Originally Ross made his debut singing when he was just 20 and he has enjoyed many highlights over the years including singing for big names such as president Mary McAleese and Prince Charles. But as Ross points out “I’ve also sung for local people back here in Bray since the lockdown and that is just as enjoyable. “Outside and using social distancing,” he adds.

Being a soloist can be daunting.

Being a soloist can be daunting. While the choir or musicians may have your back, it’s still only you on stage. Ross remembers when he toured with the Peace Proms, a cross border ecumenical orchestra, and they performed in Liverpool. His solo was You’ll never walk alone and he was very nervous but adrenaline will often kick-in when needed.

“After performing I would often find I would crash – and drink cups of tea until exhaustion sets in.”

Lindsay’s career was to stay in Dublin. She experienced trauma and found it hard to sing after graduating. She found she emotionally blocked and worked on removing the block and returning to singing. She discovered other people had similar blocks and that music could be key in helping them. She has had some astounding results with her clients. And so, a few years ago they reconnected in Dublin and began talking about a possible joint venture. Ross had also dipped into corporate training in London using music and voice as the medium. After much discussion they decided to open up their new business called Sing@work.

Ross has seen first-hand how mind blowing the power of music can be: “The biggest takeaway is that music can totally clear the mind and as a result is very good for mental health. People who suffer from depression or who are just feeling down can feel both mentally and physically better from singing.”

Ross tells a story of a client of his who came into a lesson wearing a heart monitor. When she returned to the doctor who read the results he questioned her about the time in the class – for that was when her heart rate levelled out. “The client was not a professional singer – the results come from the singing not the quality of the song.”

Music and songs are also well known for triggering emotion and memories. Often termed happy drugs, serotonin is released when singing, giving the singer pleasure even after the actual act of singing.

“During coronavirus we see how powerful singing can be for mental wellbeing – even half an hour can make a big difference.”

Ross stresses that it doesn’t matter what kind of voice you have or if you were told by a school teacher or adult that you are not able to sing. “It’s a primal thing, an extension of your voice. Lindsey and I have trained to use our voices but look at choirs up and down the country. Why do people go out on a Wednesday night to sing? It’s all about how it makes them feel.”

Sing@work is the first of its kind in Ireland. Initially when it was set up, Ross and Lindsey organised choirs or groups at work but of course with the virus this is no longer allowed. They organise one on one sessions online. “They may just want to sing or practice a song or learn a song maybe so they can surprise the family at the next get together. But it can also be about voice and breath and being on stage.”

People can come to Sing@work to overcome shyness or nerves when doing public speaking.
“People can often feel light-headed or breathless before they give a talk and our experience in professional singing is very apt for helping them regulate their breath. We can also help in their voice projection, sound and modulation – and speed. All the things learnt for professional singing are equally apt for public speaking.”

It is a fallacy to think that just because someone is a successful businessperson that they are able to stand up and speak on a stage. Mind you, Ross confesses to being more nervous singing in front of small groups of his friends than on a main stage, perhaps it is the proximity.
“We can even help with stance and foot position – all the things that change a good speaker to an excellent one. However, I’d like to stress that while these are very important skills to learn we like to make it fun too. Singing is fun after all.”