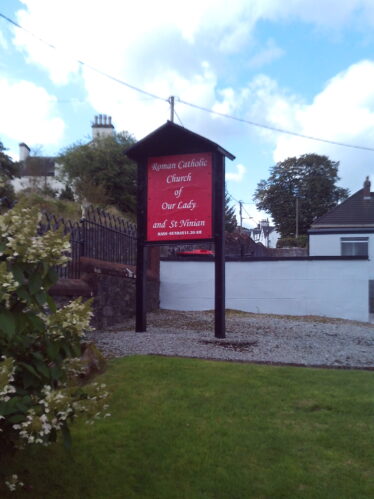 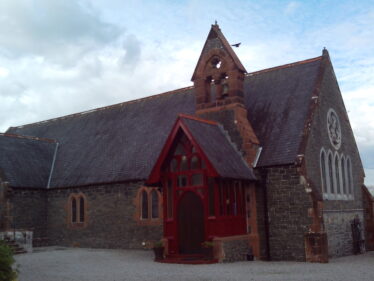 Just a short story about my wife’s Great Great Grandparents who were Daniel Murphy and Mary Nolan who were married in the RC Church in Avoca Co. Wicklow on 18 Jan 1845.

Daniel was the son of Michael Murphy & Essie (Esther) Burns and would have been born Circa 1820. Esther eventually came to Scotland, one assumes when her husband Michael died, and she died on 8th October 1867 in Stevenston Ayrshire. Father was unknown and her mother was Esther Keeley.

Back to Daniel and Esther, they had one child, Michael, born 18th April 1845 in Avoca Co Wicklow. Their second child, Mary is born in Newton Stewart Wigtonshire in Scotland, so we have a rough idea of when the family came to Scotland, was “An Gorta Mor” the reason? who know’s. Anyhow Marjie’s (my wife) Gt.Gt. Grandfather was born 7th January 1852 in Minnigaff Newton Stewart and baptised on 11 March 1852 at Our Lady and St. Ninian RC Church Newton Stewart. We recently visited the Church that Thomas was baptised in, took a couple of photographs. We have als been to Avoca twice and hoping to get back at least one more time next year. Marjie’s health is not great at the moment so hoping to get something arranged.

I hope is is OK to add a couple of photo’s of the Church. I have done a lot of research on the Murphy family, if anyone recognises it, please do get in touch.