You are here: HomenextTopicsnextWICKLOW 1914-1923nextMore Wicklow Decade of CentenariesnextNew publication marking the Centenary of the 1920 Local Elections

New publication marking the Centenary of the 1920 Local Elections 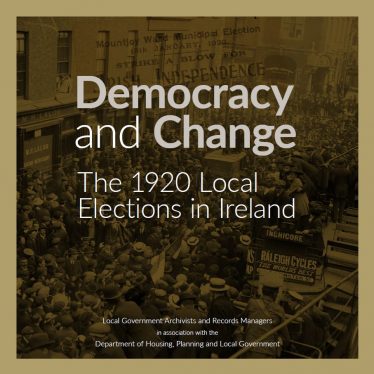 zoom
Cover of Democracy and Change: The 1920 Local Elections in Ireland
Image: Local Government Archivists and Records Managers in association with the Department of Housing, Planning and Local Government 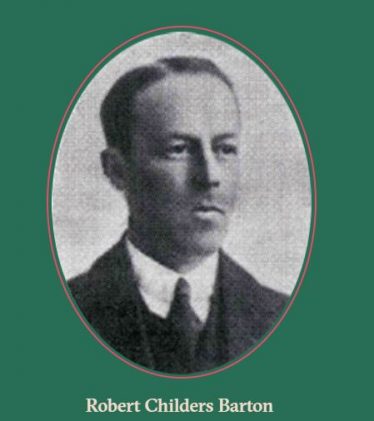 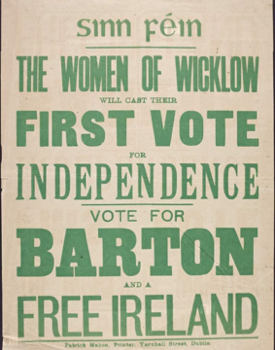 This year marks the centenary of the local elections of 1920 (urban authorities in January and the remainder in June) which were pivotal in the history of local government in Ireland. In the context of the Decade of Centenaries, it is important to mark these events because of their significance for the struggle for independence and the enduring place of proportional representation in our political system.

Similar to all counties, the 1920 local elections in County Wicklow saw the election of a new generation of county councillors who were overwhelmingly supporters of Sinn Féin and Labour. Of the 20 candidates elected for Wicklow County Council that year, 14 were Sinn Féin, 3 Sinn Féin/Labour, 2 Farmers’ Association and 1 Nationalist. The council acknowledged the authority of Dail Eireann and undertook to give effect to all its decrees.

Robert Barton – a notable figure in the election

An extensive landowner and former British army officer, Robert joined the republican
movement after witnessing the ill-treatment of the 1916 leaders in Dublin. As TD for West Wicklow, he was elected Minister for Agriculture at the first Dáil sitting in 1919. Arrested in February 1919 for making seditious speeches, he was elected as chairman of Wicklow County Council in June 1920 during his detention. Re-elected to the Dáil in 1922, he was imprisoned later that year for his activities in the Civil War. He lost his seat in the
general election of 1923 and was released from prison in December 1923. He did not seek election again, but held a number of public appointments thereafter.  For more on Barton see “Robert Childers Barton and the First Dáil”

The booklet is available to download as a pdf (English & Irish language versions) below or a limited number of printed publications are also available.  Please email localgovernment@housing.gov.ie with your name and address should you wish to receive a printed booklet in the post.