You are here: HomenextNew contributionsnextPaul Byrne - the enthusiastic owner of the Greystones guide and supporter of local business 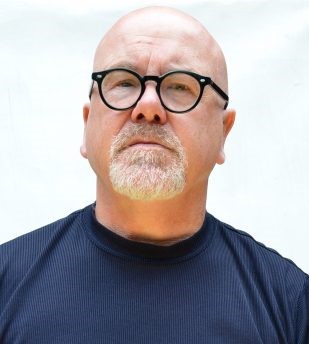 Paul Byrne has been running the Greystones Guide for the past eight years and now has huge traffic and support in the Greystones and Newcastle area.  Normally he features a lot of events but these have been curtailed in the current crisis, however he finds he is even busier than ever. He starts at 8am and doesn’t finish until 9pm most nights.

“There are so many things happening I am rushed off my feet. People are going online but they are also doing innovative things with their business.  We have always believed in promoting local business and the need is even more now.”

He has always appreciated and promoting local business, recognising that huge effort is put into opening a shop, promoting a new service or running events. He feels too that social media can be a bit of a curse as people tend towards clicktivism, by which he means they click and like a local service but then go and buy online for a large outlet.

“In times like this we really more than ever have to support our neighbours by buying local wherever possible. If you can’t find what you need, of course go further afield but at least try local first. And if it costs a euro more so what. We only notice when a business has failed and by then it is too late.”

Paul points out that Greystones is very much a destination centre on the weekends. He reckons there are at least 28 coffee shops on the main street. Now it is very obvious that running a shop is a very precarious business.

On the guide, then as now, he covers the local business but in a way that is personal and engaging. He is keen to ensure that people can identify with the business and not just read his guide as a press release or news item. During the crisis he has covered many other stories such as the lovely story about Mary Hackett who was the founder of the Open Door charity.  Currently she is doing 100 laps in her back garden, although she is in her 80s, to raise money.  And sometimes he gets random information such as someone sent him old posters from the long since defunct nightclub in the town with images of Chippendales on the cover. His content is never boring.

Just at this point in the interview my light falls over and then I knock my mic over. While it might have escaped notice on the audio file this is not going to wash on the video. As I laugh trying to sort out my technical hiccup Paul at first teases me for drinking so early in the day and then points out the he doesn’t like to edit mistakes.  “It’s much more real to leave them in,” he says. And so I will.

We touch on cocooning for the over 70s and while we both agree that it is for their own protection, nobody wants to be considered a ‘write off’ at that young age. In fact, Paul goes quite a way in the opposite direction. Declaring himself to be in his 50s he says he still feels like a child, which is quite possibly the reason that his copy and stories on the Greystones Guide are so lively and fun. Even in the crisis he manages to find humour and joy while supporting local business and people.

Wicklow Good News was set up by Jillian Godsil and Marlena Murphy to celebrate the resilience and the enthusiam of Wicklow Citizens during the COVID19 pandemic. https://wicklowgoodnews.buzzsprout.com/970561