You are here: HomenextTopicsnextWICKLOW FOLKLORE AND TRADITIONSnextThe Dargle Lovers: A Ghost Story

The Dargle Lovers: A Ghost Story 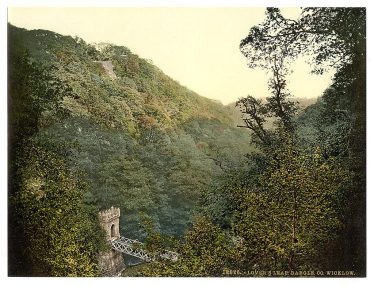 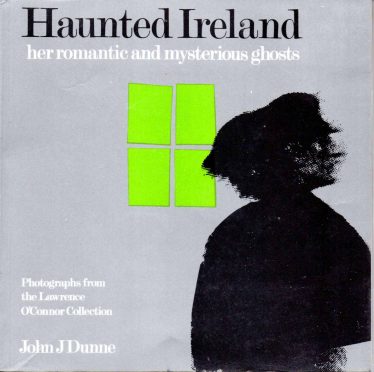 Ghost stories are part of the fabric of our towns and villages and form a fundamental part of the local oral and storytelling tradition. Woven into the heritage of place, they are passed down from one generation to another, slightly altered and embellished with each succeeding retelling. These stories entertained, terrified and/or often served as a stark moral lesson to its’ listeners. While some attained mythical proportions, others sadly, have become lost and forgotten.

This is the story of the legend of the Dargle Lovers.  It has been recounted and embellished in numerous publications to become one of the most romantic and best known ghost stories from County Wicklow.  This version is recounted by by J. Dunne (1977) in his publication ‘Haunted Ireland: Her romantic and mysterious ghosts’:

‘A young lady of the locality was faithless to her lover giving her attentions, instead, to another young man who had started to woo her with dash and charm. But while she was singing a favourite song to please him, as she paused between verses, she heard the distant toll of a church bell, unmistakably signifying a death. On inquiring, and with a terrible fear clutching her heart, she discovered that her former lover, stricken by her unfaithfulness, had died of a broken heart.

Overcome by remorse, she left her new admirer and hurried to the graveyard where they had just buried the youth who had died for her. There, despite the entreaties of her friends, she spent a night of sleet and rain at his graveside. On each following night she came again and, although her worried family tried to dissuade her, she continued her lonely vigil, only going back to her home during daylight hours.

Indifferent to the pleadings of those who loved her and the entreaties of her new admirer, who had been responsible for her desertion of the dead youth, she continued to spend each night at the graveside determined, it seemed, to die for him who had died for her.

Eventually, inevitably, her mind collapsed and she told her distraught sister that her lover had risen from the grave and walked with her through the Dargle glen, promising to meet her again and take her to a place where they would be together forever.

Much alarmed, the girl’s family tried to keep her confined to the house, but she managed to escape. Her absence was discovered a few minutes later and her brother quickly followed her, heading with all speed to the churchyard, where he knew he would find her.

He arrived too late, only in time to catch a glimpse of her scarf fluttering in the breeze as she ran towards the river. Trying desperately to overtake her, he saw her climb up the huge crag surmounting the Dargle, pause a moment on its treacherous brink and then plunge into the swollen river below, doubtless lured to her death by the phantom lover conjured up by her tortured imagination’ (p. 86 – 87).