The Ghost of Glendalough 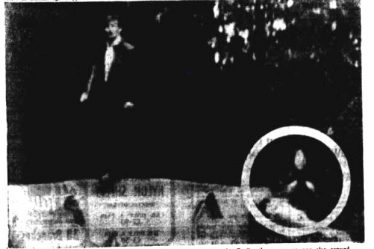 zoom
Photograph of the 'Ghost of Glendalough' which appeared in the Wicklow People dated Friday, April 25th 1975.
Wicklow People 25/05/1975 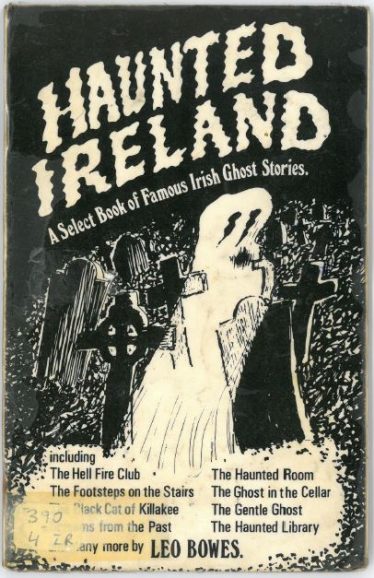 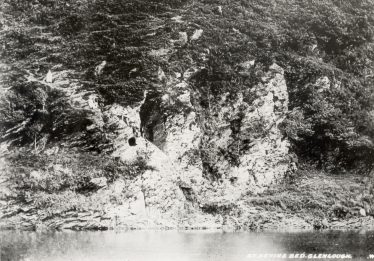 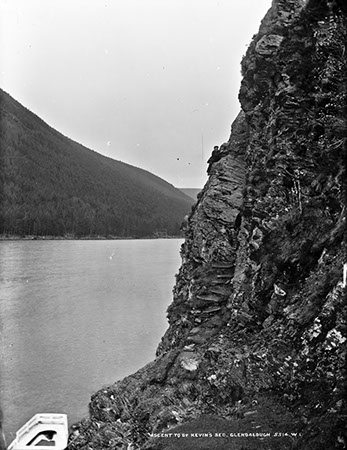 The ghost who loved St. Kevin

This is the very old story of the ghost of a women in red, thought to be the legendary Kathleen, reputed to haunt the monastic site of Glendalough. The story has been told and retold by many and Kathleen has been immortalised in various poems and songs.

There are two version of the story. One version recounts the story of  a local girl named Kathleen who fell in love with the young handsome St. Kevin. In the first version of the story, Kathleen tries to seduce St. Kevin. He was having none of it, grabbed handfuls of nettles and stung Kathleen about the face, arms and feet until she came to her senses. Kathleen’s heart was then filled with remorse for her actions. She fell to her knees and begged Kevin for forgiveness. Kevin prayed that God would help Kathleen see the error of here ways. His prayers were answered and Kathleen became a ‘sincere convert’ soon after.

The second version of the story refers to ‘the drowning’ of Kathleen. In this story, Kathleen (possibly a witch) became so infatuated with the young Kevin that she followed him to his cave high up on the side of Lugduff mountain (now known as St Kevin’s bed). Kevin pushed Kathleen over the edge of the mountain in anger where she fell into the lake below and drowned.

Numerous apparitions have been reported over the years. The Wicklow People newspaper dated April 25th 1975 report three different ‘sightings’ of the ghost. One sighting refers to a couple who visited Glendalough on All Souls’ Day in 1970. They took a number of photographs at the site. When the photos were developed an old woman wearing a shawl appeared in the photograph standing a few feet away from the photographer’s fiancé (see fig. 1).

A second sighting was reported by an American lady whilst visiting the site with a group of tourists in November 1974. The lady and her daughter took a number of photographs at the cemetery and the round tower. When they got home and developed the film, the coloured photographs showed a woman wearing  a long red gown and shawl hurrying along a pathway towards the tower.

The third reported sighting was that made by Dick Fuller, an American visiting Ireland for the St Patrick’s Day. While visiting Glendalough in March 1975, he reported:

My wife had gone to see if the gift shop was open, while I visited the cemetery. I walked from the entrance to the Tower and went around to see if I could read the inscription on the back of the stones. I glanced around to see if my wife was joining me and, as I did so, I saw a red figure moving from the left to the right, towards a fallen down building. I though it was another person in the cemetery. I walked towards the ruins, expecting to see a person dressed in red, but there was no one there’. He continued ‘Since there was only one entrance the person couldn’t have appeared without passing me… as far as I am concerned, I saw a ghost.

This story appeared in Leo Bowes’ publication ‘Haunted Ireland: A Select book of famous Irish ghost stories’ published by Mac Publications, Tallaght in 1975 and the Roundwood and District History and Folklore Journal, 1989, No. 2. both currently stored in the Local Studies Collection of Wicklow County Council Library service.