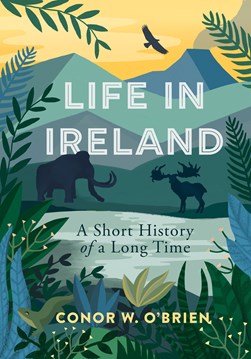 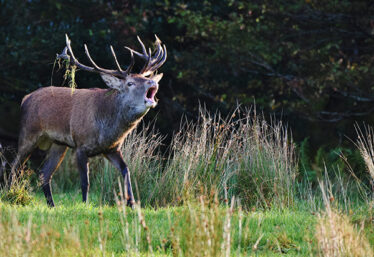 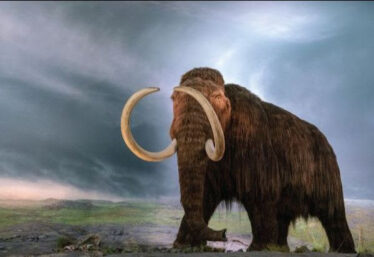 ***NEWS ITEM *** Talk on 29 June 2021@ 7.pm  Join us for an event with Conor O Brien on  as part of the Heritage Office’s  Spring Into Nature programme in partnership with Wicklow Library Service. For more see HERE, follow Wicklow Libraries on eventbrite page to ensure you are up to date with all the latest events***

Life in Ireland, – A Short History of a Long Time is published by Merrion Press, see HERE. In this article, author, Conor O Brien talks about his latest book and the inspiration that he drew on from his home county of Wicklow.

I’ve always had a fascination with prehistoric life. The very idea that the world was once stocked with strange creatures, vastly different from the ones we see today, has captivated me since I first read about dinosaurs as a boy. I spent a childhood looking for the clues they left behind, excavating every garden I could in my hunt for fossils. I left plenty of holes behind me, but sadly had no fossils to show for my efforts.

Other fossil hunters, though, have had far more luck than I over the centuries. I wanted to use the clues they found to build up a picture of life in Ireland as it was in ages past. We now have just enough evidence to travel on a safari through time and place – from the floor of the primordial sea half a billion years ago right up to the streets of our modern cities. Along the way we’ll see how life on our island has changed, and even contemplate what the future might hold in store.

My first book, Ireland Through Birds, was a tribute to the creatures we have with us now. It took me around the country in search of twelve elusive bird species, including the red grouse and Goosander in the Wicklow Mountains. I got to learn so much about Ireland in the process. But with Life in Ireland, I wanted to go even deeper – to travel thousands or even millions of years back in time, to meet the incredible creatures that have called Ireland home down through the ages. Researching and writing this was another journey of discovery, but of a different kind – and I wasn’t disappointed by what I found.

From landmark fossil trackways to teeth teased from limestone, some amazing fossil evidence has been unearthed in Ireland over the years – and is still being found today. Over the eons, the land that would become Ireland played host to armoured dinosaurs, mighty mammoths and giant deer. Our oceans, meanwhile, were once stalked by shelled monstrosities the size of a man, and terrifying marine lizards that tracked their prey with forked tongues through the water.

With advances in dating techniques and an ever-growing knowledge of the world as it once was, we can glean more from these discoveries than ever before. Even where the fossil record in Ireland is patchy, we can augment it with the growing mountain of evidence unearthed around the world to help fill in the gaps and build up a record of Ireland as it once was, and of the weird and fascinating creatures that once lived here. The present has never been a better time to delve into the past.

County Wicklow fills a unique place in Ireland’s prehistoric story. At more than 500 million years old, the Cambrian-age fossils found on Bray Head are some of the oldest evidence of life in Ireland. Indeed, when they were first discovered, they were among the oldest fossils known anywhere in the whole world. The primitive creature that left them was not preserved; its soft, worm-like body was too delicate for that. Instead, all it left behind were the burrows it dug beneath the primordial seabed as it sifted for food. In life, the maker of these burrows would have tunnelled away beneath the vast mat of bacteria that carpeted the Cambrian ocean. The detritus that built up beneath this microbial mat was probably what this animal was after. It fed on the excrement of this alien Earth, half a billion years removed from our own.

Of course, the saga of life in Ireland did not end in prehistory. In our forests, farms, bogs and even city streets, wildlife is all around us today. For thousands of years now, life in Ireland has been dominated by one species: modern humans. Since first arriving here during the Ice Age, we have gone on to shape the landscape and wildlife of Ireland like no creature before us. As well as our deep past, Life in Ireland also explores the time since the coming of man – and the immense impact this has had upon our natural world, as the fauna and flora of twenty-first century Ireland started to take shape.

The time since the arrival of man makes up one of the shortest chapters in Ireland’s story. And yet, for us, it is probably the most compelling. It encompasses Ireland’s natural history as we can still see, hear and smell it today. It is a period when human history and natural history collide. And while there’s not much we can do to resurrect ecosystems that have been gone for millions of years, the wild Ireland that has coexisted with man since the end of the last Ice Age is still here – if in a degraded state – and can still be saved if we choose to save it.

With man’s mastery of nature, a redoubled resolve to preserve it has grown. Life in Ireland is not simply a compendium of the sins of our forebears against Irish wildlife. It will also commend the stellar conservation efforts being made to preserve nature on our changing island.

Wicklow is home to just such an effort. The county has been at the centre of attempts to reintroduce the red kite into Ireland. This magnificent raptor was persecuted to extinction over a century ago. Now its long-winged, fork-tailed form is a frequent sight once again in skies across the county. A lost piece of our natural heritage, finally back where it belongs. Of course, if left alone, nature can also have a remarkable ability to right itself. The great spotted woodpecker was also extinct here, likely a casualty of the forest clearances that swept the country in centuries past. In recent times it has made a tentative return, and is now breeding once again in the woodlands of Wicklow. It’s yet more proof that man and nature can coexist in modern Ireland.

About the Author
Conor W. O’Brien has been interested in wildlife and nature from a very early age, and it is a passion that has since taken him around the world. He’s a member of Birdwatch Ireland and has presented at member meetings of the Irish Wildlife Trust (IWT). His first book, Ireland through Birds: Journeys in Search of a Wild Nation, was shortlisted for Best-Irish Published Book at the 2019 An Post Irish Book Awards.