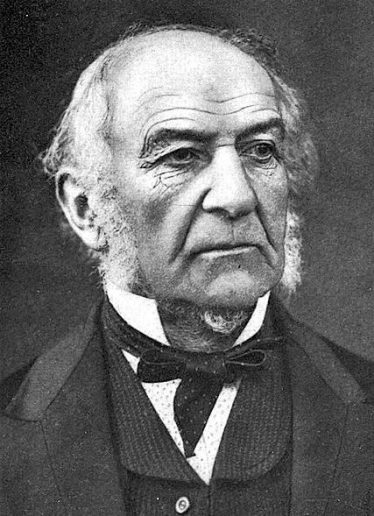 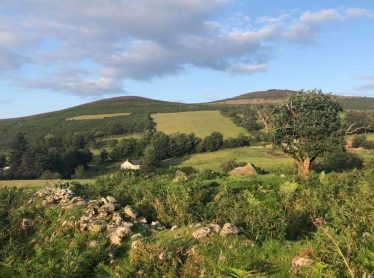 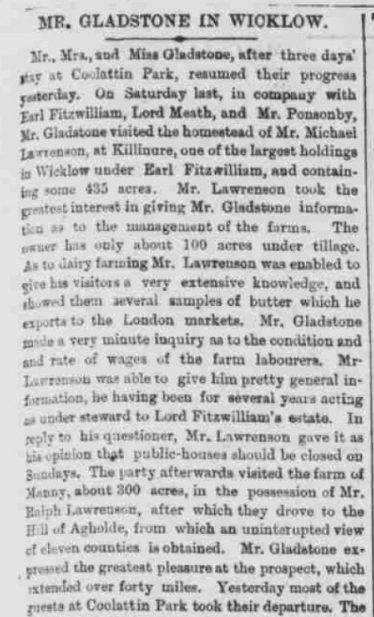 In October 1877, Westminster’s Leader of the Opposition and former Prime Minister, William Ewart Gladstone MP, visited the Coolattin Estate as a guest of Lord Fitzwilliam.

On Saturday, October 24th 1877, Gladstone visited Lower Killinure House, then the home of Michael Lawrenson and one of the largest holdings on the estate at that time.  Lawrenson gave his guests some samples of butter that he manufactured for export to the markets of London. The papers reported that:

Lawrenson also stressed that public houses should be completely closed on the Sabbath.

After leaving Lower Killinure Farm, the tour continued up the School Road of Munny Lower and to the farm of Ralph Lawrenson of Munny House, cousin of the above mentioned Lawrenson, and recent holder of what had been the Nickson lease up until the 1850s.

Before returning to Coolattin, the party made their way “to the Hill of Agholde, from which an uninterrupted view of eleven counties is obtained. Mr. Gladstone expressed the greatest pleasure at the prospect, which extended over forty miles.”

Gladstone, once more became Prime Minister of the United Kingdom after succeeding Disraeli in 1880 and would lead Westminster throughout the 1880s, becoming a political ally of Charles Stewart Parnell and a friend of Irish self-determination.