You are here: HomenextPeoplenextA Most Cruel and Deliberate Murder

A Most Cruel and Deliberate Murder 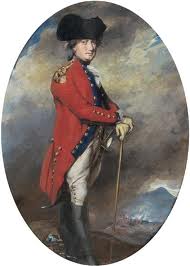 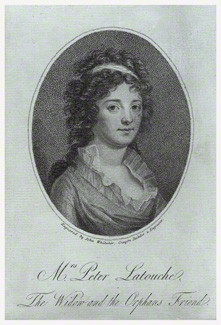 On 13 October 1798 a Court Martial convened in Dublin to try Hugh Woolaghan, a member of the Newtownmountkennedy Corps of Yeomanry, for what has been described as ‘one of the most blatant yeomen reprisals’ of the post-rebellion period. This was the murder of a young man, Thomas Dogherty, at Delgany, on 1 October. Dogherty, an amnestied rebel, was unarmed at the time of his death, and the killing was witnessed by his mother, Mary Dogherty, who was the principal prosecution witness. The case attracted considerable attention at the time. Reports of the trial appeared in a number of newspapers, and a verbatim account of the Court’s proceedings was circulated in pamphlet form. From these various sources, a picture emerges not only of the tragedy, but also of conditions in Wicklow in the months following the defeat of the rising.

While insurrection had been quashed in the rest of the country by the end of June 1798, isolated rebel activity continued in Wicklow throughout the rest of the year – indeed, it was not until the surrender of Michael Dwyer in 1803 that guerrilla attacks ceased entirely. It was in this context that yeomen such as Woolaghan felt entitled to take the law into their own hands by initiating action against suspected and former rebels. Woolaghan himself had a far from savoury reputation: a mineworker and mason from Ballymurtagh near Arklow, he was also an informer who had laid information against some of his yeomen colleagues. His victim, Thomas Dogherty, was a young man from a family which reportedly had strong United Irish links. In July 1798 he had been tried at Slane together with fifteen other men, found guilty of sedition, and sentenced to death. However, Elizabeth La Touche, wife of local landowner, and the Dogherty’s probable landlord,  Peter La Touche, had intervened to secure his pardon, and at the time of his death, he was staying with his mother at the cabin in which she was then living, close to the churchyard in Delgany. Mary Dogherty, described in newspaper reports as ‘an old, infirm woman’, had personal experience of the violence of previous months: her own house had been burnt and her belongings dispersed when the Ancient Briton Fencibles raided Delgany. To a loyalist neighbour who ‘pointed out the mischief that arose from the rebellion, she, with her lifted-up hands, cursed the authors of it, and said, that it brought ruin on herself and family; and that she had not seen her husband or sons for some time back. This     conversation took place some time about the beginning of June.’

The central facts of the case as they emerged at the trial were undisputed. On the morning of Monday, 1 October, Woolaghan had arrived at the Dogherty cabin. He was armed, and  accompanied by two of his fellow yeomen, Charles and James Fox, neither of whom seem to have taken any active part in the events which followed. In the house were Mrs Dogherty, Thomas, and three of her other children.  Her husband, a brogue-maker, had been for some time past in Dublin, ‘working at his trade’, although he had visited Delgany about a month before for the harvest.

According to Mrs Dogherty’s evidence, Woolaghan demanded to know ‘if there were any bloody rebels’ in the house. She replied that there were none, only, as she said, ‘a sick boy’. But Woolaghan, having identified Thomas, as ‘Dogherty’s eldest son’, threatened to shoot him on the spot. When Thomas demanded a fair hearing of any accusations against him before Mr La Touche, Woolaghan retorted that ‘he did not care about Mr La Touche any more than himself’ and, brushing aside Mary Dogherty, who tried to shield her son, he fired at Thomas, wounding him in the arm. He then left the house, but returned a few minutes later and, finding the young man still alive and cradled in his mother’s arms, shot him again, this time fatally.

Questioned about Thomas’s part in the rebellion, Mrs Dogherty denied all knowledge of his involvement, but admitted that he had been arrested, ‘and was put on board a ship in the river, where he was sick, and was got off by Lord Cornwallis’s orders through Mrs La Touche.’ Mrs Dogherty’s version of events up to and including the firing of the first shot was largely confirmed by her daughter, Esther. Like her mother, she was evasive about the involvement of Thomas, his father and brother in the rising, but her understanding was that he had been released ‘by the interference of Mrs La Touche with the Lord Lieutenant’.

In an effort to undermine the Doghertys’ evidence, Mrs Dogherty was confronted with a copy of a rebel song. This paper, of which she denied all knowledge, was subsequently alleged to have dropped out of her pocket ‘in the church-yard at Delgany the day on which the coroner’s inquest sat on the body of her deceased son’. The witness who had allegedly seen it fall and picked it up was Richard Byrne, a local man, who testified to the Doghertys’ disloyal leanings. He had, he claimed, ‘seen them exercise with poles or pikes at Mr Johnson’s fields at Killincarrig … in the beginning of last Spring’, and Thomas, he alleged, had even tried to recruit him into the ‘body’ of United Irishmen. Byrne, who was illiterate, could not read the contents of the paper but, having been informed by a friend that it was ‘a damned good thing’, had handed it over to Captain Gore of the Newtownmountkennedy corps of which Woolaghan was a member.

EVIDENCE FOR THE DEFENCE

Apart from Byrne, the defence witnesses mainly consisted of Woolaghan’s colleagues, who testified in very similar terms to his good character and to Thomas Dogherty’s reputation as a rebel. Their evidence also revealed the disregard of the law and the lax discipline which prevailed among the yeomanry: Captain Gore, commander of the Newtownmountkennedy corps, claimed ‘that it was the practice … to scour the country without any officer … that they understood it was their duty, to shoot any rebels they met with, or suspected to be such’, and several cited orders from the notorious Captain Armstrong of the King’s County Militia, in command at Newtownmountkennedy, that yeomen encountering known or suspected rebels ‘need not take the trouble of bringing them in, but … shoot them on the spot’.

In his statement to the Court, Woolaghan protested his lifelong loyalty, and pleaded the ‘savage outrage and cruelty’ of the late rebellion as an excuse for ‘a degree of resentment, which, perhaps could not be justified in less agitated times’. The Doghertys, he repeated, were ‘notorious rebels’, and Mrs Dogherty was ‘not that kind of witness upon whose testimony the life of any man should be forfeited’. He himself had acted in accordance with orders, and had been influenced ‘by no motive but my anxiety to do my duty and to preserve my own life and property, and the lives and properties of my neighbours’.

The Court, having taken into account all the evidence, found that Woolaghan had killed Thomas Dogherty, but acquitted him of the charge of murder. Given the climate of the times and the character of the Court – its president, Lord Enniskillen has been described as displaying an ‘excess of zeal’ in the wake of the rising – the verdict can hardly have been a surprise. However, there was an aftermath. For Lord Lieutenant Cornwallis, the court’s decision posed a direct challenge to the lenient amnesty policy which he was currently pursuing as the most effective means of restoring order. Just a   few days after the end of the trial, he wrote to the Court to inform it of his displeasure at the verdict. Woolaghan, ‘who was fully proved to have been guilty of a most cruel and deliberate murder’, was permanently debarred from service in any corps of yeomanry, militia or the army. The Court which had tried him was to be dissolved, and none of its members would be eligible to serve on the Court-Martial summoned to replace it.

For Thomas Dogherty’s family, Lord Cornwallis’s intervention was probably of little significance. Nevertheless, it did signal the beginning of a slow return to normalcy following the excesses of summer and autumn 1798. At a local level, the account of the episode raises issues such as the role of the gentry, the survival in the face of political and religious tensions of some degree of neighbourly feeling, and the part played, behind the lines, by women, from the mediator, Elizabeth La Touche, to the humble brogue-maker’s wife, Mary Dogherty, whose valiant struggle to hold together family and home represents yet another strand in the narrative of 1798.