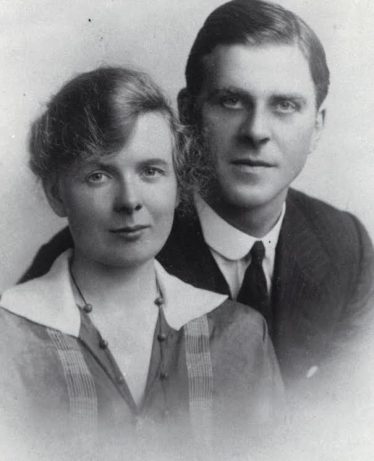 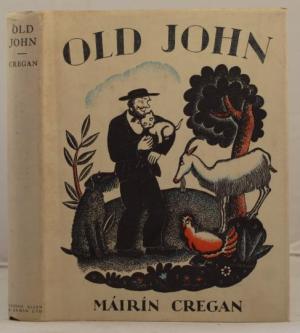 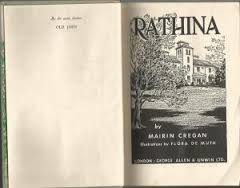 Mairin Ryan (nee Cregan) was born in 1891 in Killorglin, Co Kerry. As a young teacher in Dublin, she was involved in the preparations for Easter Week 1916 and, as a member of Cumann na mBan, took part in the War of Independence. In 1919 she married Dr James Ryan, chief medical officer in the GPO during Easter Week, later a founder member of Fianna Fail, a TD for forty-seven years and a minister in several governments. The Ryans moved with their family to Kindlestown House in Greystones during the 1920s, and lived there for the rest of their lives. Dr Ryan died in 1970 and Mairin Ryan in 1975. They are buried together in Redford Cemetery.

Under her maiden name, Mairin Cregan was the author of children’s books, plays, radio scripts and newspaper articles. The two books to be presented by the Society are Old John (1936), a collection of children’s tales, and Rathina (1944) a story of family life in a house clearly based on Kindlestown House. In making available these books to researchers and interested readers, the Society hopes to raise awareness of Mairin Cregan’s literary work, as well as her political activities and local connections.

The presentation will take place at 2.30pm on Tuesday, 23 August in Greystones Library, and will be followed by a short talk by Local Studies Librarian Ciara O’Brien on the Collections’s resources. Admission is free, and all are very welcome to attend.