To the English public in the 1920s, ballet meant a glamorous Russian performance. It was an Irish woman who convinced people they could create their own national tradition. 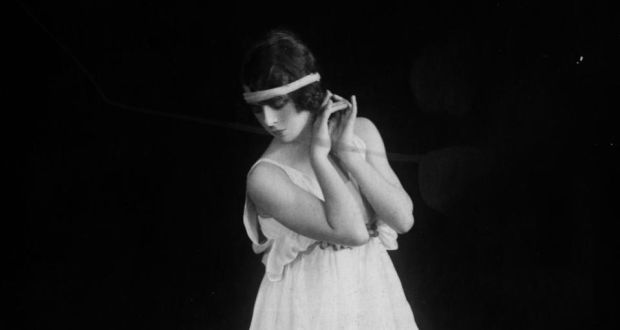 Dame Ninette de Valois began life as Edris Stannus on June 6th 1898, at Baltiboys near Blessington, Co Wicklow. The family moved to Kent when Edris was seven but, as was noted in the introduction to her Selected Poems, “Ireland, its countryside and its people … remained intrinsic to her whole being”. She went to the Lila Field Academy for Children, whose alumni included playwrights and actors such as Noël Coward and Micheál MacLiammóir. Early in 1913, after changing her name, she went on tour with a company from the school called The Wonder Children. This helped to instil into de Valois an iron discipline which never left her.

In 1923 she joined Russian ballet impresario Sergei Diaghilev’s Ballets Russes, which was at the forefront of theatrical dance, music and design. She was very influenced by the Polish choreographer Bronislava Nijinska. They had a natural affinity: they both came from countries with strong cultural traditions; they worked in a sphere dominated by men; both were interested in folk dance and how classical technique could be applied in non-classical ways.

De Valois was determined to have a permanent company with its own base, not a touring one. But the idea of an English ballet struck many people as ludicrous. Ballet, at that point, meant the Russian ballet in all its glamour. In 1926 she approached Lilian Baylis, director of the Old Vic, with a proposal to establish a ballet company. Baylis could not oblige but offered de Valois work coaching actors in movement. 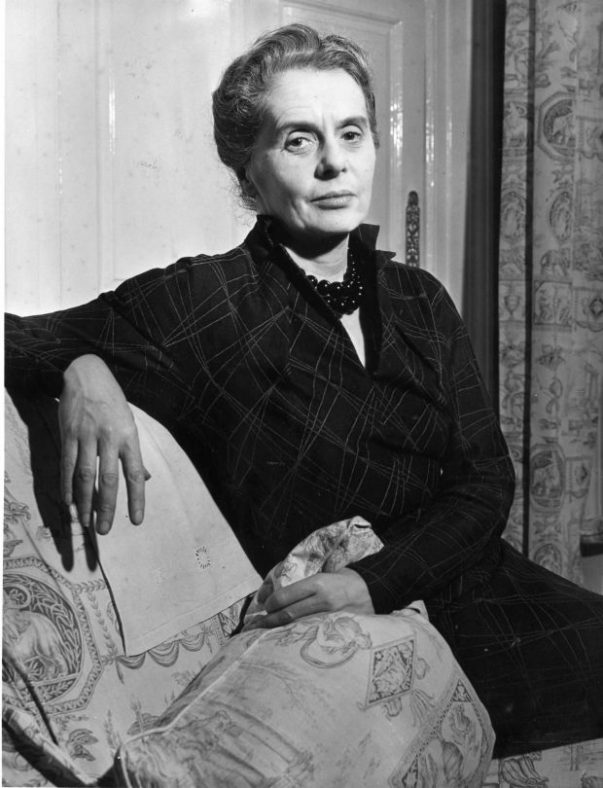 Dame Ninette de Valois photographed for The Irish Times in 1959.

Later that year de Valois became choreographer at the Festival Theatre in Cambridge. In 1927 she worked on two plays by WB Yeats, On Baile’s Strand and The Player Queen. Yeats saw her work and invited her to come to Dublin to set up a ballet school at the Abbey Theatre and to help him restage his Plays for Dancers there. The first season at the Abbey was in January 1928. De Valois began to divide her time between London, Dublin and Cambridge. She commissioned music and designs from Irish composers and artists. Her first collaboration with Yeats was in August 1929. He had rewritten The Only Jealousy of Emer as Fighting the Waves and gave her the central role. Such was her fame in Dublin that in 1931 she was imitated by Micheál MacLiammóir in a skit. The King of the Great Clock Tower (1934), which Yeats wrote for her, was their last collaboration, as de Valois was busy with a new company. She wrote about Yeats with great affection in her memoirs, Come Dance with Me and Step by Step.

Baylis had long nursed an ambition to renovate the dilapidated Sadler’s Wells Theatre in north London. It opened in January 1931; the theatre became the home of an opera company and de Valois’s ballet company. Between 1933 and 1939 she produced Coppélia, Giselle, The Nutcracker, Swan Lake, and The Sleeping Beauty. For 40 years her choreography defined English classical ballet and provided roles for generations of dancers, starting with Margot Fonteyn. In 1935 de Valois married Dr Arthur Blackall Connell, a London GP. After war broke out, Sadler’s Wells became a shelter for the homeless and the company led a peripatetic existence on tour, narrowly escaping the German invasion of the Netherlands in May 1940. The war years were the making of Sadler’s Wells Ballet, as regular touring made it well known. 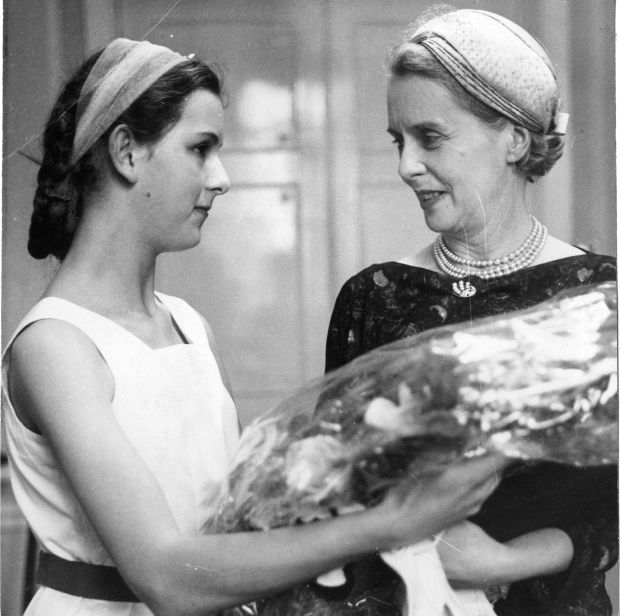 Colette Collins (13), presenting a bouquet to Dame Ninette de Valois at a reception given in her honour by the Irish region of the Royal Academy of Dancing, in the Gresham Hotel in Dublin in 1960.

After the war, it was invited to become the resident company at Covent Garden. This reopened in February 1946 with a lavish version of The Sleeping Beauty produced by de Valois, a major achievement since strict rationing was still in force. In 1949 the Sadler’s Wells Ballet was invited to the Metropolitan Opera House in New York and got a triumphant reception. The US became its most important touring destination. De Valois achieved success on the lecture circuit; her work with Yeats attracted great interest.

She was made a dame by King George VI in 1951, and in 1956 her company and school received a royal charter from Queen Elizabeth II, becoming the Royal Ballet. She urged John Cranko to take on the directorship of the Stuttgart Ballet, and sent Celia Franca to Canada in 1951, where she founded its National Ballet. In 1963 she persuaded Peggy van Praagh to become director of the Australian Ballet. She took an active interest in companies she had helped to found in the 1950s – the Turkish State Ballet and the Iranian National Ballet.

In Ireland she was patron of companies run by Joan Denise Moriarty: the Cork Ballet Company, the Irish Theatre Ballet, and the Irish National Ballet. In 1985, when the Arts Council ended funding for Moriarty, de Valois wrote a letter to The Irish Times declaring that “one woman’s intelligent effort should not be forgotten or underwritten”. De Valois attended a number of events to celebrate her 100th birthday in 1998, and died on March 8th, 2001 at her London home.

This article is reproduced from The Irish Times, dated Tue, Feb 6, 2018.  Based on Deirdre McMahon’s biography of Dame Ninette De Valois (edited for this article by Clare McCarthy) in the Royal Irish Academy’s Dictionary of Irish Biography © 2018 irishtimes.com.