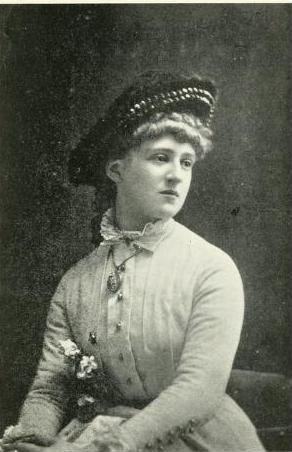 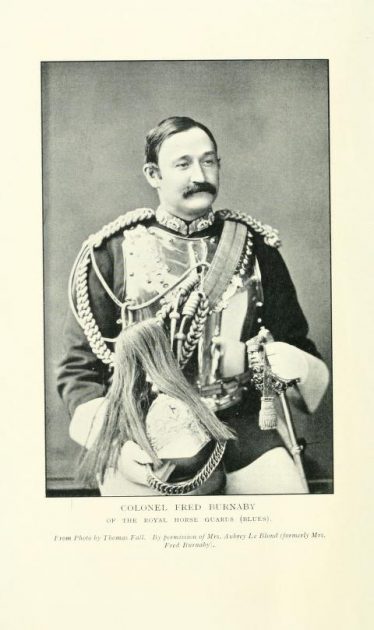 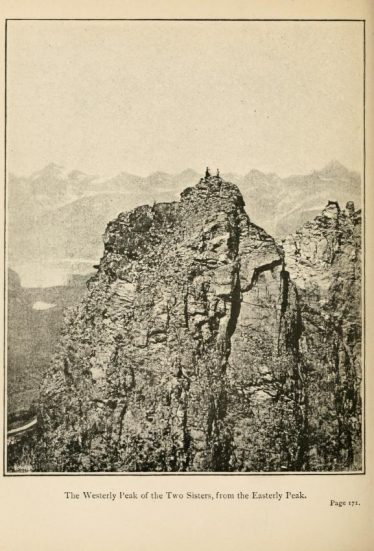 zoom
View of the western peak of the Two Sisters, from the easterly peak.
Photographed by Lizzie [from Elizabeth Main, High life and towers of silence, 1886 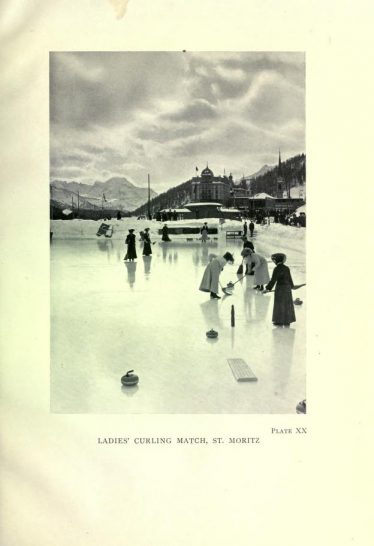 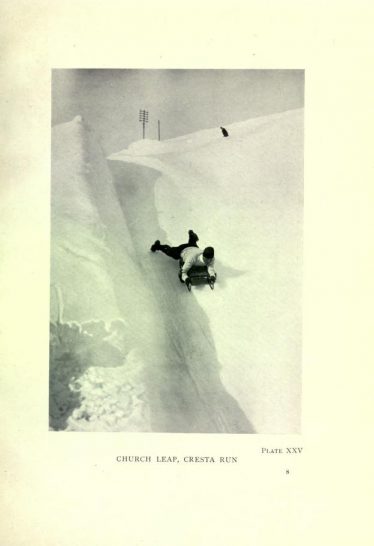 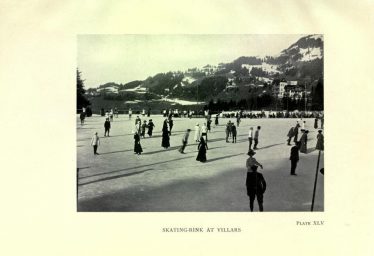 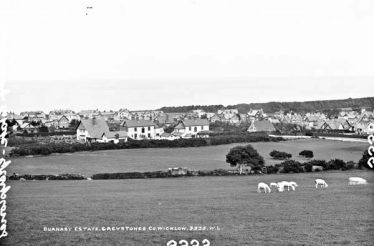 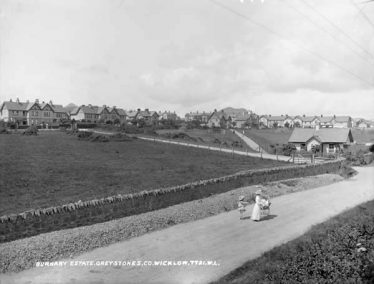 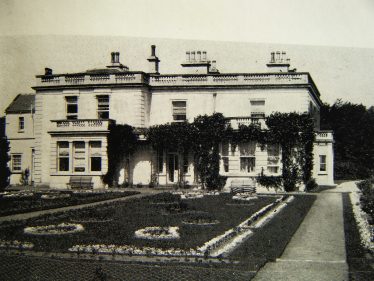 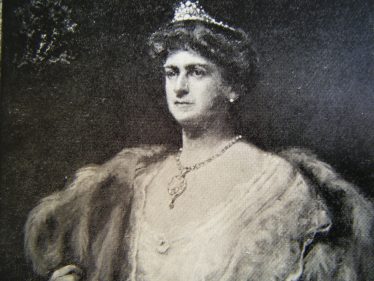 Growing up in Greystones

Elizabeth Hawkins-Whitshed – also known as Mrs Burnaby, Elizabeth Main, Mrs Aubrey Le Blond and, more familiarly, Lizzie Le Blond – was born in Dublin on 26 June 1860, the daughter of Captain and Mrs Hawkins-Whitshed of Killincarrick House, Greystones. Through her Bentinck great-grandmother, Lizzie could claim kinship with European aristocracy and royalty; her Irish relations included Charles Stewart Parnell, and her family had connections with North Wicklow going back at least two centuries. Captain Hawkins-Whitshed died in 1871, and Lizzie, at the age of eleven, inherited Killincarrick House and lands amounting to nearly 2,000 acres in counties Wicklow, Dublin and Meath.

Lizzie’s early memories were ‘of a happy childhood in the country, at Killincarrick House’, with a devoted mother and an indulgent governess. She  Had only to imagine a headache in order to be sent out into the garden to play for the rest of the day. Though keenly interested in everything around me, I hated lessons, and I doubt if any girl so uninformed ever faced a London season.    At    17½ I was supposed to be “finished” and to know at least some conversational French, but I was only too well aware that the mere smattering I had acquired was useless. [1]

At eighteen Lizzie entered London society, and quickly secured one of its most eligible bachelors as a suitor. Captain Fred Burnaby, soldier, adventurer, author and aspiring politician, was at the height of his celebrity when he met Lizzie, and was instantly captivated by her ‘piquant beauty, charm of manner and intellectual gifts.’ They were soon engaged, and shortly afterwards Burnaby paid what was probably his only visit to Wicklow. A few months laterthey were married in a fashionable ceremony in London. Lizzie wore ‘rich white satin’ and ‘a large tulle veil’, a guard of honour was formed by troopers of Burnaby’s regiment, and the wedding gifts included ‘a handsome … enamelled smoker’s tray, and a complete set of articles for the smoking room’ from the Prince of Wales and ‘a magnificent silver service’ from Lizzie’s Irish tenantry.

In the high Alps

Shortly after the wedding, Lizzie was reported to be in poor health, but she recovered and gave birth to a son in May 1880. Within just a few months, however, she and her husband   had embarked on largely separate lives, Fred returning to his bachelor quarters and Lizzie spending much of her time abroad in search of a cure for the lung trouble which continued to plague her. In summer 1881 she arrived for the first time at Chamonix, where she ‘saw for the first time those glacier-clad Alpine ranges which were to mean so much to me for the rest of my life.’  Within a fortnight she was able to embark on modest rambles in the surrounding countryside. Her first significant ‘scramble’ was made almost by accident: having planned a leisurely excursion to the lower slopes of Mont Blanc, she and a woman friend, clad ‘in high-heeled buttoned boots and shady hats’, spontaneously decided to climb further. Although unable to complete the climb on this occasion, Lizzie’s appetite had been whetted. During the following summer she scaled Mont Blanc twice, as well as several other difficult peaks, and over the next two decades spent much of her time in Switzerland, climbing in both winter and summer and making more than one hundred ascents, including what is regarded as the first women-only expedition. Later in her climbing career, Lizzieabandoned Switzerland for Norway and Lapland, and over six summers in the region notched up a total of thirty-three climbs,twenty-seven of them first ascents.

By this time, Lizzie had been twice married and widowed. On 17 January 1885 Fred Burnaby died heroically in battle in the Sudan. Her second marriage, to John Frederic Main, was even more short-lived than her first: less than two years after the wedding, Main departed alone for North America, where he died in 1892.  In 1900 Lizzie married Aubrey Le Blond. Despite the age difference – Le Blond was ten years her junior – this seems to have been a more successful marriage than her two previous attempts, and lasted until her death more than thirty years later.

In 1883 Lizzie published The high Alps in winter, or mountaineering in search of health, the precursor to a series of books and articles describing her mountaineering experiences. Later she turned her hand to fiction, travel writing and family history. However, her greatest achievement was in the field of photography. From very early in her career, she took her camera with her while climbing, photographing views which had never been taken before at close quarters, and developing and printing her own work, often in extremely difficult conditions. Over the years she took thousands of photographs, many of which were including in her own and in others’ publications, while others were used to illustrate her lantern lectures, given as gifts or prizes in winter sports competitions, or sold in aid of the charities in which she was interested. Sadly, nothing remains of a related interest, her involvement in film-making. A 1902 catalogue lists ten of her short films, all set in Switzerland, featuring bob-sleigh racing, tobogganing on the Cresta Run and figure skating, making her the world’s first mountain filmmaker and one of the first female filmmakers.

By the early 1900s Lizzie had more or less retired from climbing, but she remained one of the sport’s best-known spokeswomen, and in 1907 founded and was elected first President of the Ladies’ Alpine Club, the first climbing association for women in the world.

Development of the Burnaby Estate

Ever since Lizzie inherited the Killincarrick estate, there had been discussion of the possibility of developing it for housing, and as early as 1889 a rumour was reported that it had Been decided by the owners of the Burnaby estate … to open up a portion of the property, commanding splendid sea and mountain views, for building terraces and villas, and that several handsome roadways will be immediately commenced.[2]

Planning of the scheme had begun by 1890, and in 1894 land was leased from the estate for the construction of a golf course. Later Lizzie would donate ‘at a nominal rent’ the land on which the Carnegie Library was built. Construction of houses began around 1900. The development was known as ‘Burnaby’ after Lizzie’s long-dead first husband, and the names given to its roads commemorated aspects of family history – Portland recalled the family link to the dukes of Portland, St Vincent was Lizzie’s father’s name, recalling the Battle of Cape St Vincent at which her great-grandfather had distinguished himself, the Burnaby family had connections with Somerby in Leicestershire, and Erskine was Lizzie’s maternal grandmother’s maiden name. ‘Khiva’, reputedly the oldest house on the Burnaby, probably predated the estate, but was extended and named in memory of Burnaby’s famous 1875 ride to the forbidden central Asian city.

In August 1909 a notice appeared in the Irish Times announcing a forthcoming ‘important and interesting sale’ of the contents of Killincarrick House. The catalogue of the sale, which began on 21 September, announced that Mr and Mrs Le Blond were about to take up residence in England, and went on to list ‘a very large assortment of valuable furniture, outdoor effects etc.’ They included the folding camera ‘with which Mrs Le Blond took her world-famous Alpine views … sundry photographic apparatus’ and a number of the views themselves.  In 1928 Lizzie recorded that Killincarrick House ‘in these changed times … is an hotel and its name has been changed to Clydagh’ and that Greystones itself     Is now well known as perhaps the chief of the quieter seaside resorts in the Free State, and … close to some of the most beautiful scenery of Co Wicklow and indeed of Ireland.[3]

Lizzie had twenty-five more years to live when she vacated Killincarrick House. During the following two decades she travelled widely in Europe, the Far East and America, worked as a nurse and as an administrator during WWI, pursued various charitable activities, published her memoirs and maintained her interest in female mountaineering through her involvement with the Ladies’ Alpine Club. Active almost to the end, she died on 27 July 1934, and was buried in Brompton cemetery in London.

Qualities noted by Lizzie’s contemporaries included her physical courage and sure judgement, as well as charm, quick sympathy, a talent for friendship and for hard work. Two peaks bear her name, and she has been described as One of a small group of adventurous spirits … who did so much to pave the way for women climbers of a later day, by bearing the brunt of, and calmly ignoring,   the criticisms heaped upon them for indulging in so ‘unwomanly’ a sport.[4]

The housing development which she promoted changed the face of Greystones and provided it with a uniquely attractive architectural heritage, while her photographs are recognised both for their aesthetic merit and as a source of information on early winter sports activity, on Alpine tourism and on environmental change. The record which she left, in words and pictures, is a reminder of an enterprising and gifted individual, who defied the conventions of class and gender to shape for herself a life of action, challenge and achievement, filled, as she wrote herself, with ‘interesting people … places … [and] events, and never knowing what it meant to be bored.’

[4] Rebecca A Brown, Women on high: pioneers of mountaineering, 94.