You are here: HomenextPeoplenextOur Wicklow Women ProjectnextFrom Presentation to Pioneer

From Presentation to Pioneer

Averil Katherine Statter Deverell (1893-1979) was the first woman to practise as a barrister in Ireland, but what was she doing in Dublin Castle?

As the Anglo-Irish daughter of William Deverell, Clerk of the Crown and Peace for Co. Wicklow, it was to be expected that she would be presented at Court. Accordingly, on 11 July 1911, she appeared at the appointed hour of 8.30 pm, gowned in the regulation white, with court train of silver tissue, tulle lappets, gloves and plumes. Joining the feathered and bejewelled throng flowing up the stairs at Dublin Castle into the Throne Room and St Patrick’s Hall, she was presented to their Majesties King George V and Queen Mary by her mother, Ada Kate Statter Deverell (née Carr), the only daughter of a wealthy London solicitor. 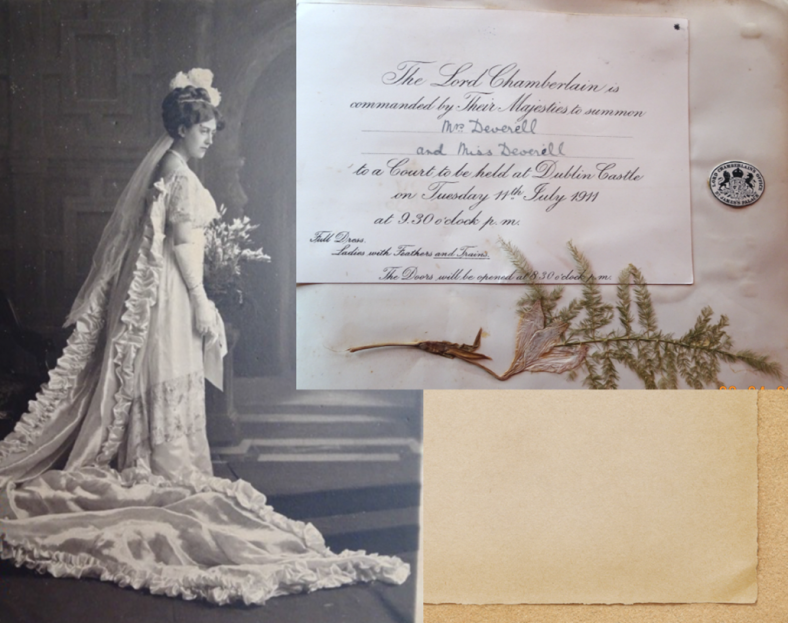 Neither her mother, resplendent in blue charmeuse, aquamarines and Brussels rose point lace, nor the 18-year-old Averil and her contemporaries could have known this was to be the last such event in Ireland. The following years would bring the First World War, 1916 Rebellion, the War of Independence and the creation of an independent Irish state in 1922 – nothing would ever be the same again.

By the time of her presentation, Averil, following hot on the heels of the first women admitted to Trinity College, Dublin in 1904, was already heading for university and a law degree with her twin brother William. Graduating in 1915, in the middle of World War I, she served as a VAD Nursing Sister at Trinity and in her home town of Greystones, Co. Wicklow. Eventually, with some hundreds of hours of service in Ireland under her belt, she managed to persuade the authorities to allow her into France as an ambulance driver. In 1918, cutting 12 inches off her cumbersome Edwardian skirt, she served in France and Flanders with the French Red Cross, returning home to a community devastated by loss, including many of those who had been present at Dublin Castle in 1911. 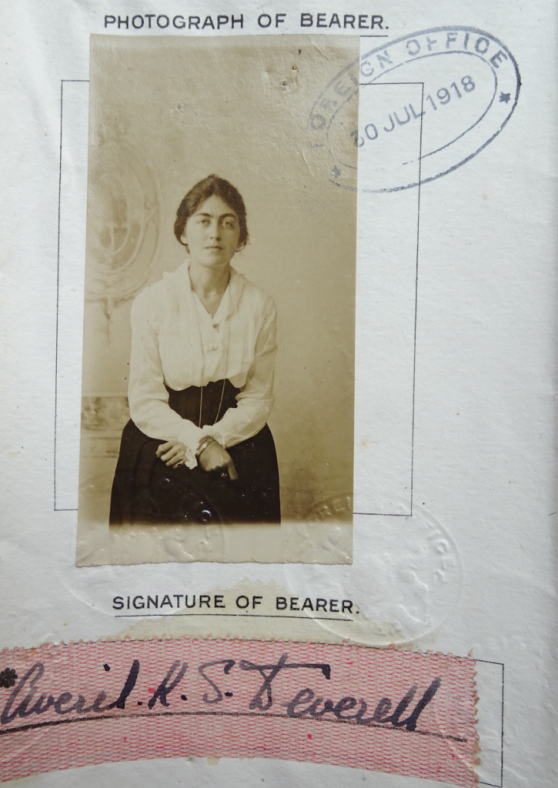 Well aware that the Sex Disqualification (Removal) Act 1919 was heading for the statute book she opted to train as a barrister and entered the King’s Inns, Dublin in January 1919. The world at this time was changing irrevocably, both for Ireland and for women. In November 1921, she was duly called to the Bar in Dublin with Frances Christian Kyle from Belfast, the first two women in Ireland to be admitted. Frances returned to Belfast, Ireland was partitioned and Averil entered the closed, male, confines of the Law Library at the Four Courts in January 1922 becoming the first, and for 18 months the only, woman there.

So far, so pioneering, but political upheaval was to impact on her choice of career in completely unforeseen ways. A mere four months later, in April 1922, anti-Treaty forces occupied the Four Courts and in June the complex, including the adjacent Public Record Office, was bombarded and set aflame. For days afterwards, Averil and her male colleagues watched as the black ashy remnants of 800 years of legal history flew up in clouds of smoke and floated down the River Liffey. The destruction meant little was left of Law Library books, lawyers’ robes, wigs and personal belongings, and the need arose to find an alternative home. They eventually ended up in Dublin Castle, in a makeshift Law Library constructed in St Patrick’s Hall. Here barristers conducted their work from the beginning of 1923 until the middle of 1931. 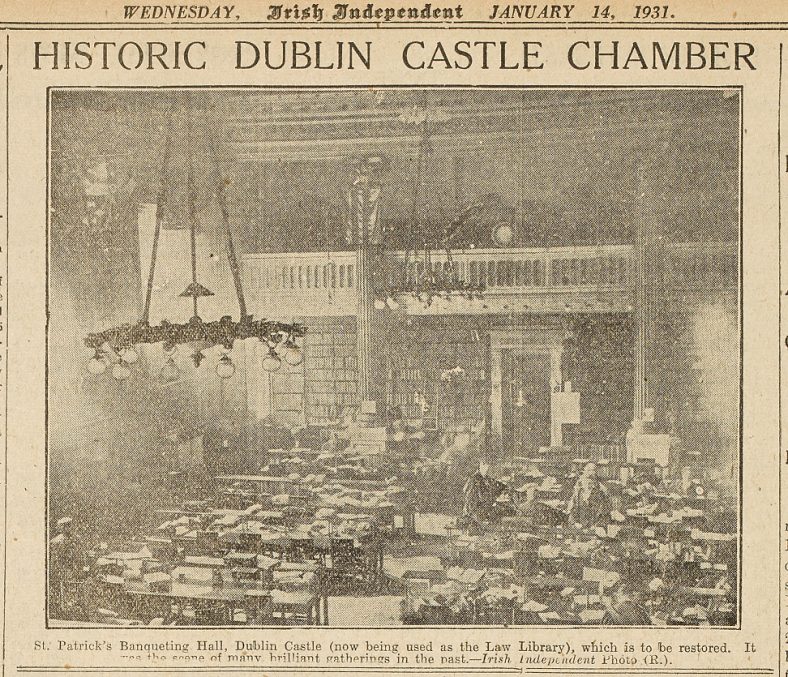 “Mother of the Bar”

Not a great many of Averil’s records remain for that period, but there are snippets of evidence. Averil was the first secretary of the Dublin University Women Graduates’ Association (‘DUGWA’) and on 8 May 1929, using a sheet of cream notepaper embossed with ‘Law Library Dublin Castle’, she wrote a letter to her successor, Geraldine Fitzgerald, about her forthcoming trip to an international conference in Geneva as a DUGWA delegate.

Rather unexpectedly, it is Averil’s expertise as a golfer that provides further evidence of her during this period. Permitted by its gender-neutral membership rules, Averil belonged to the Bar Golf Society (BGS) and proved to be a winning asset, with prizes in the foursomes in the 1927/28 season. But, as its records show, not everyone was thrilled by her range of abilities. On 10 March 1927, BGS members met at the Law Library in Dublin Castle to prepare for their AGM. In an extraordinary move, Joseph Healy (already a prizewinner himself) seized the opportunity presented by a proposed rule change to put forward a motion to restrict membership to male members of the Irish judiciary and Bar. At the AGM itself, chaired by Mr Justice Fitzgibbon, “after some discussion” the motion was carried. Whether some members were shamed by their actions is not clear, but the effect was not immediate as Averil won the Bar foursomes later that year. The restriction was not eventually removed until another AGM, in 1975!

But to a woman well used to the company of men, and to competitiveness, and possessing a confidence born out of her performances as an amateur actress, the antediluvian attitudes of some male colleagues were hardly a barrier. Averil maintained a successful career as a barrister for the next four decades, retiring in 1969 as “Mother of the Bar”, commanding respect and affection in equal measure from her colleagues. 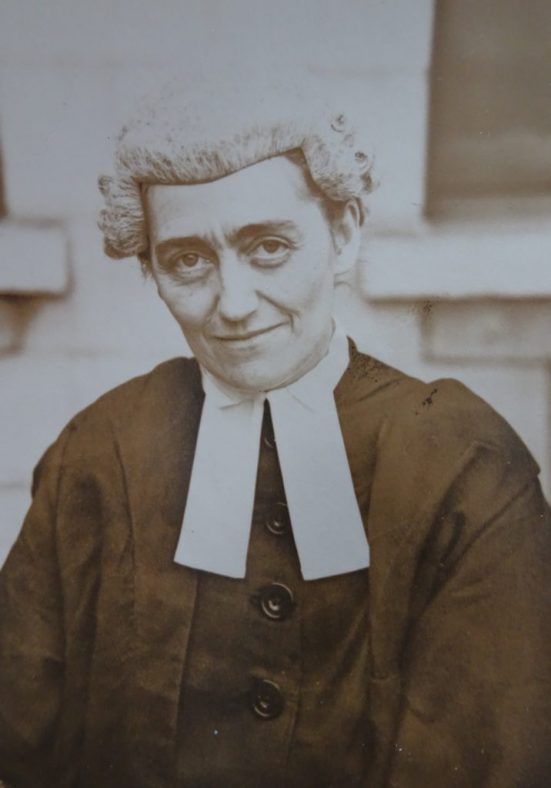 A collection of her personal effects was found in 2017 and donated by Osborne and Betty Spurling to King’s Inns. Sadly, it contains no personal correspondence or diaries, so if anyone has any stories or memorabilia of her, Averil’s biographer would love to hear from you.

This article is taken from ‘From Presentation to Pioneer – Averil Deverell and Dublin Castle’ on the Dublin Castle website, click here for link, and reproduced by kind permission of the OPW and the author. © Liz Goldthorpe August 2018