Born in Arklow in 1863, Ms Tyrrell was the second of four daughters born to Edward and Elizabeth Tyrrell. She blazed a trail as the first female ship’s captain.

Her father had a shipping company that imported and exported goods between Ireland and Wales. From childhood, Kate could be found around the shipyard learning her father’s trade and it became clear that she would be his obvious successor. 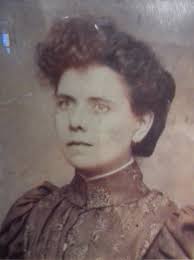 By the time she was twelve, she was filling out shipping journals for him.

He promised her that one day she would be the owner of her own ship and, in 1885, her father purchased a 62-ton schooner called the ‘Denbighshire Lass’ from Wales which he registered in his daughters name.  Kate captained the ship on its way back home to Arklow. A strong will meant she would fulfill the role she most wanted by becoming the first woman to be called Captain.  She successfully fought rules forbidding women from having their name listed as the owner of a vessel.

In 1886, her father died from a heart attack, and Tyrrell took over the family business.  She sold off several ships and became the sole owner of the Denbighshire Lass. Despite her ownership, however, as a woman she was not permitted to have her name on the ship’s official documentation. As a temporary solution, a trusted male employee put his name on the documents, while Tyrrell ran all business operations, inspected repairs, and captained the crew.

Tyrrell spent most of her time captaining the Denbighshire Lass, becoming adept at navigation and all aspects of sailing. She was known for being a stern enforcer of order on board her ship, intolerant of any drunken crew members on duty.  The Denbighshire Lass continued to sail throughout World War I, navigating landmines in the Irish Sea without incident, despite having no insurance. It was the first ship to fly the new Irish tricolour flag at a foreign port.

Kate Tyrell was an extraordinary woman and ahead of her time. In the face of outdated laws, she pursued her dream to be called Captain.

This is an excerpt from The Wicklow People.  Full article can be viewed here . Visit the Arklow Maritime Museum, Bridgewater Centre Arklow for more information about Kate Tyrrell and about Arklow’s maritime  heritage.

Below and attached are images and captions provided by Kate’s grandson John Mahon, shared to this page following the launch of the ‘Our Wicklow Women’ exhibition on 3rd December 2018. 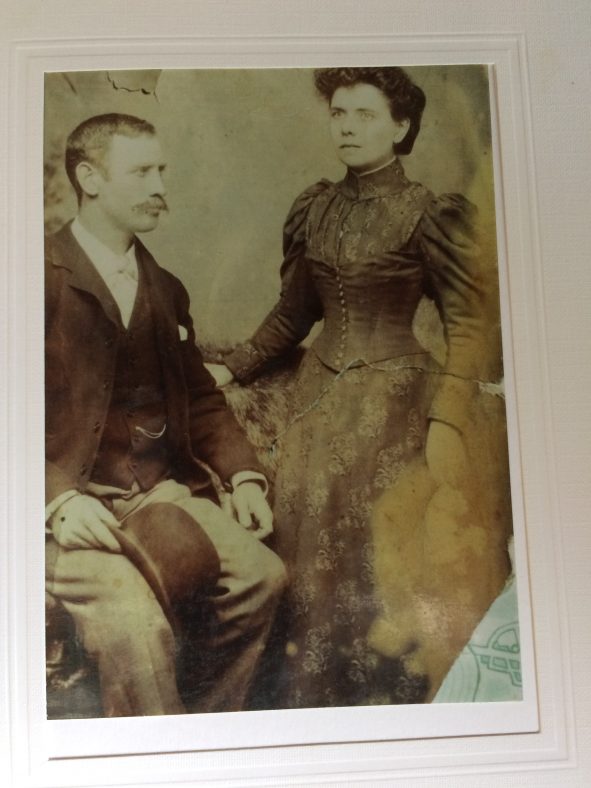 Kate Tyrrell and John Fitzpatrick on their wedding day 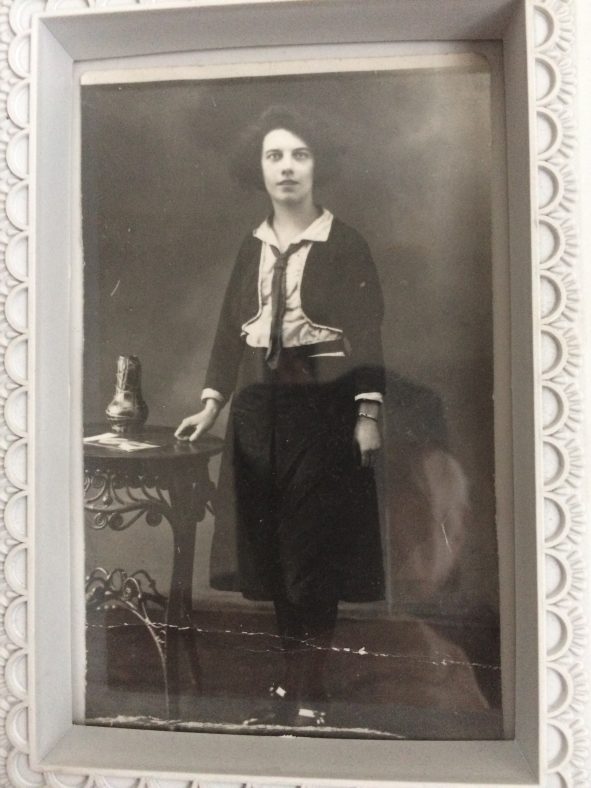 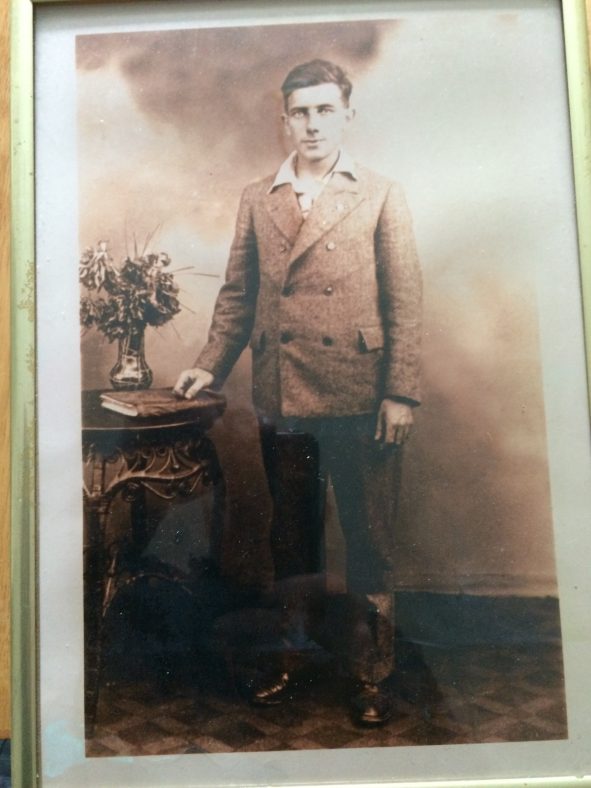 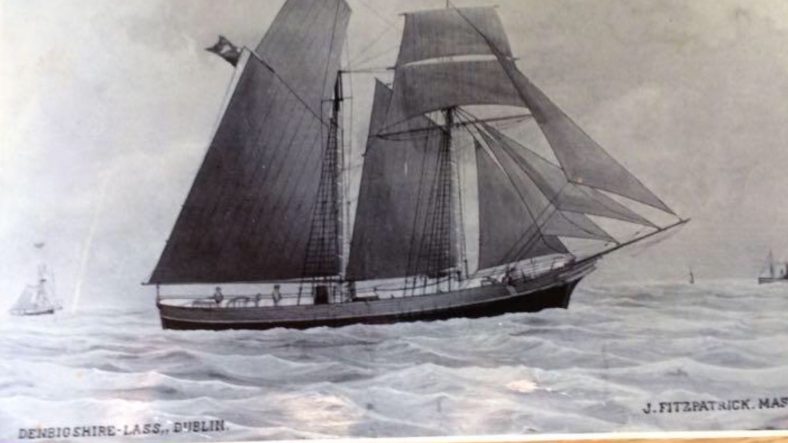 This is a picture of Kate Tyrrells ship the Denbigshire lass from the original painting done by Ruben Chapell. The flag that Kate’s ship flew was the Fenian flag at that time. When I was in Australia on hols I met a painter who was fascinated about Kates ship so much that he sent to Ireland and got a copy of the original Ruben Chappell painting sent to him by e mail and then he created a more modern painting of Kate’s ship. He brought this painting to me all the way from Australia and I donated it to the Maritime Museum in Arklow with all the other artifacts of Kate’s ship, incredible what Brian did. I met Brian Harvey in Perth, Australia we became good friends. John Mahon 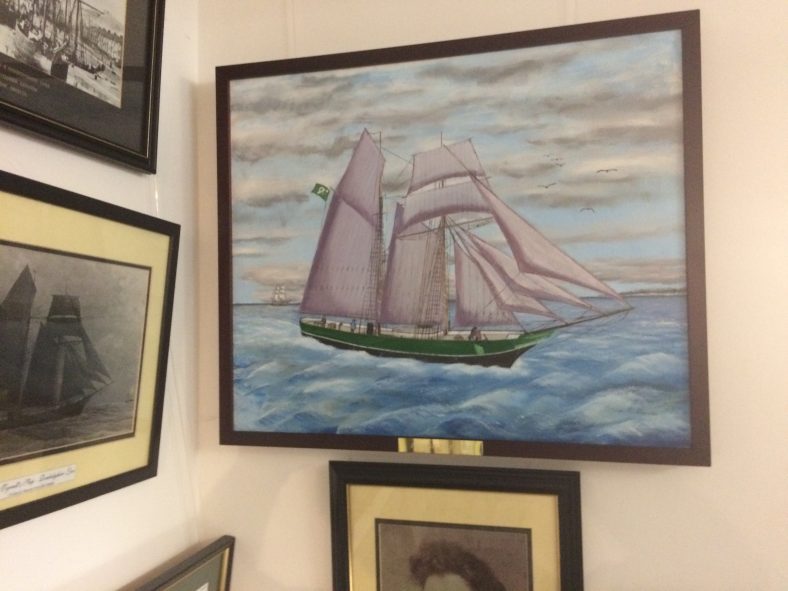 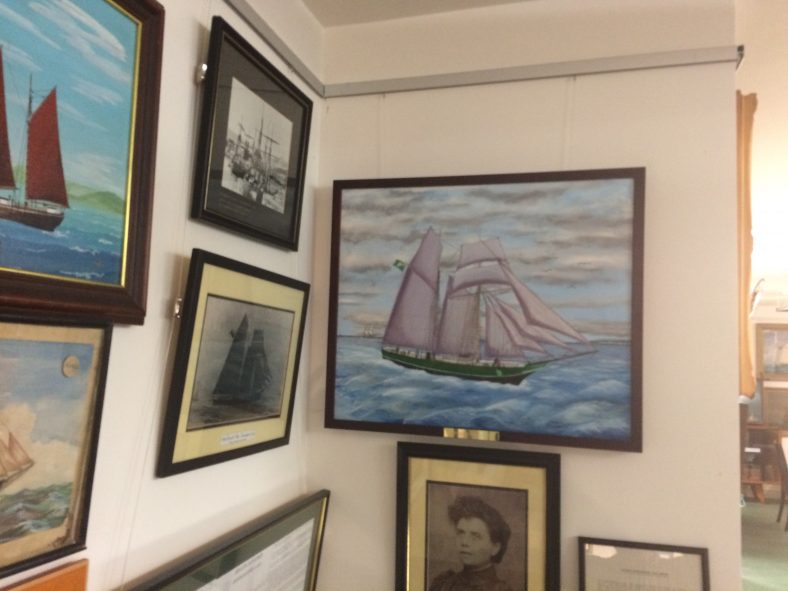 Picture above is of some items in the Arklow Maritime Museum relevant to Kate’s ship. I have also donated to the Maritime Museum Arklow a set of code of signal flags, a blue backed chart framed, a set of ships speed logs, the folder for shipping documents, a marlin spike for rope work sometimes called a fid, and some of the original rope, all relevant to Kate’s ship the Denbigshire Lass. Don’t forget Kate was so good looking she was called Kate Kutee