Lucinda Brady was born in Bray in 1831. She trained as a nurse at institutions in Germany, Switzerland and London and married Robert Sullivan.

Lucinda was the Lady Superintendent of Dublin’s Adelaide Hospital. Described as a lady “distinguished by superior cultivation of mind”, Lucinda Sullivan was an accomplished Victorian gentlewoman, an artist, writer and philanthropist, who promoted women’s welfare and the welfare of children. 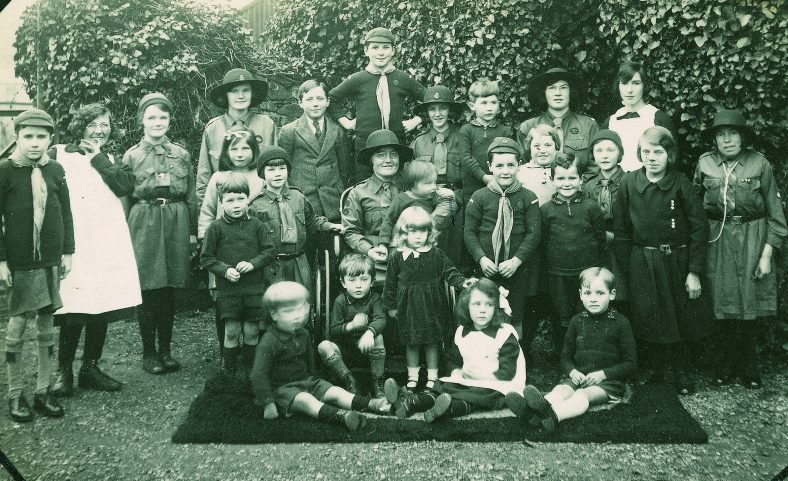 The sinking of the Concordia ferry on Lake Zurich in 1872 and her narrow escape from drowning led the recently-widowed young Lucinda to devote her life to the alleviation of human suffering as a thank-offering to God for her rescue. Two years later, with voluntary funding from a wide cross section of society, she founded the Home for Crippled Children in Bray on Dargle road in 1874. 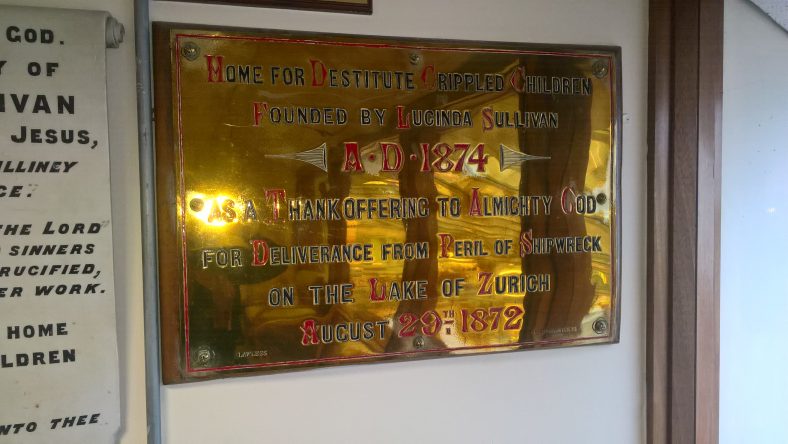 At the time, The Home was the first institution of its kind in Ireland and for over fifty years provided residential care and treatment for children with a range of crippling childhood diseases, including rickets, tuberculosis of the spine and joints and paralysis due to injury. 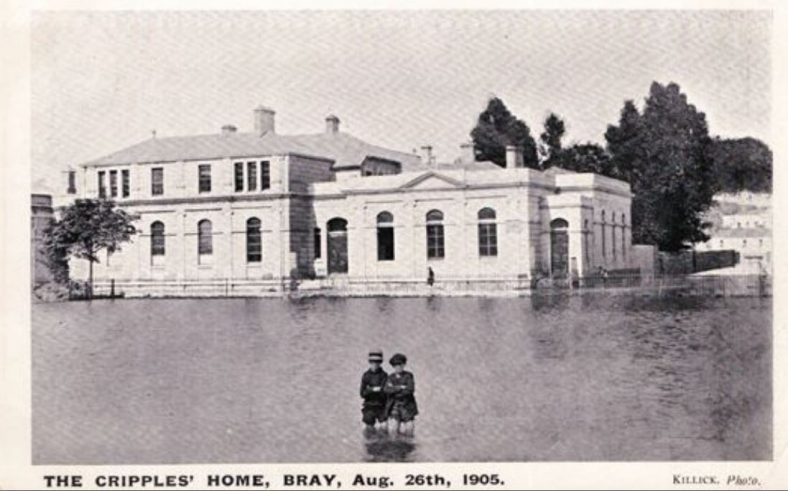 When exposure to sunlight and fresh air became popular treatments for tuberculosis, the Home developed a sunlight balcony for heliotherapy and changed its name to ‘Sunbeam House’. With the decline in tuberculosis and diseases associated with poor nutrition, Sunbeam House adapted to changing patterns of childhood diseases to become a children’s convalescent home and a welfare home for orphaned children. Throughout this period, Sunbeam House remained an integral part of a wider children’s welfare network.

By 1877 the reputation of Sunbeam House has spread far and wide. William Gladstone visited (Prime Minister since 1868), and subsequent visits were made by his wife, Lady Powerscourt, the Queen of Romania and Lady Baden Powell wife of another British prime minister.

In 1881 Lucinda Sullivan’s health was failing so she established an endowment fund in the name of her sister Louise Brady and left Louise to run the Home. Lucinda died on 23rd August 1881 and her remains lie in Mount Jerome Cemetery, Harold’s Cross, Dublin.

In 1884 Rules and Regulations for the Cripples Home were drawn up and officially approved in the High Court.

In 1905 The home is badly damaged by flooding from the Dargle river and from 1914 – 1918 many staff from the Home left to nurse the wounded in the First World War. In 1918 a young resident from the Home Gerald Palmer died when RMS Leinster was torpedoed and sunk by German submarine, on his way to start a new job.

The Department of Health recognised and approved the care of children suffering from bone tuberculosis. Government grants were received for the first time and in 1941 The Home is officially approved by the Board of Health for babies and children under 5 years of age. A number of children who died are buried in the graveyard of St Paul’s Church in Bray.

With the Irish state’s historic reliance on voluntary organisations in providing essential health and welfare services, Sunbeam House was ideally placed to respond to new thinking about intellectual disability including the need of schooling for those with a “mild mental handicap” and in 1958, once again changed its function to become a home for people with intellectual disabilities and  the Department of Education recognised the Home as a “Special school for the care of educationally sub-normal Protestant children”, the first such residential home in the 26 counties. Children are sent to the Home for the first time by Local Authorities.

In 1962 The original building on Dargle Road is sold and Vevay House (previously “Glenmalure Guest House”) on Vevay Road, Bray, is purchased.

in 1970 Sunbeam House Special National School was opened in the grounds of Vevay House, for children with intellectual disabilities. (it later changed venue and a new school was built in the 90’s and became known as Newcourt School on Newcourt Road, again a first in Ireland to have 2 such national schools side by side). In 1976 The school becomes the first multi-denominational and co-educational, special national school to be recognised by the Department of Education.

In the mid-1970s it became apparent to the Governers at Sunbeam House that there were few opportunities for school leavers with ID, so they established an adult training service and a range of support and services, so Sunbeam House Services Ltd. is established under the management of Mr. John Giles. A training centre is set up to train school leavers with intellectual disabilities to take part in employment.

In 1991 The residents of Sunbeam House move from Vevay House to a series of community houses. Sunbeam house services now employ 450 staff, provide services to 550 clients and have an annual budget from Dept of health of 28 million, and 38 different locations across Wicklow.

The buildings on Vevay road remain in the ownership of Sunbeam Trust and In 1996, the Trustees were pleased that KWETB, became tenants of Vevay House with the “Youth Reach” programme.

In 2012 Sunbeam Trust built and opened the Taylor Conference Centre on the grounds of Vevay House used by many Bray community organisations and a social housing scheme called Lucinda Lodge which has self-contained apartments, which was the first of its kind.

Lucinda Brady Sullivan’s legacy has been vast, 1000’s of clients and 1000’s of family members have benefitted over the years from the services provided by her, which came out of her deep faith and care for the children with needs in this country. The present-day services reflect the fruits of decades of work which the organisation started by Lucinda developed, and also new and often innovative services in the field of intellectual disability. The wonderful archives containing much information are kept in a library in Dublin and the trustees still receive several enquiries a year from relatives of children who grew up in the Home.

The Trustees seek to keep Lucinda’s legacy going and more information may be found on the site www.sunbeamtrust.ie . A book, available from the Trust, written by the Dean and Professor of Nursing in UCD entitled ‘Equal Citizens’ endeavors to tell the story of how a small, voluntary home in Bray, County Wicklow, established for crippled children in 1874 by Lucinda, the Superintendent of the Adelaide Hospital, develop into a major enterprise providing a countywide multi-faceted disability service.