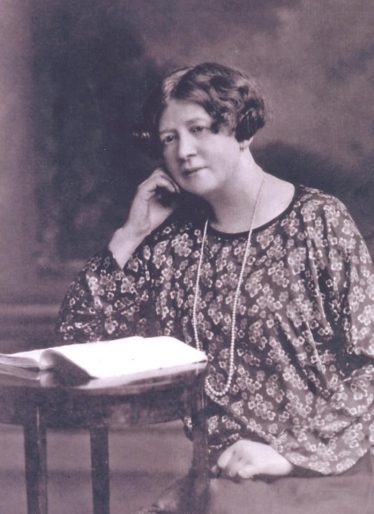 zoom
Maria Curran - one of the first female urban councillors in the country, elected in 1920.
Image: Arklow Maritime Museum

This remarkable woman was the daughter of Matthew Curran, a local blacksmith, and grew up in a nationalist household. She later became a member of both Sinn Féin and Cumann na mBan, the female wing of the Irish Republican Brotherhood. During the War of Independence, her nephew Matthew Kavanagh was Commandant of the East Wicklow Brigade of the I.R.A.

On 15 January, 1920, she was elected one of the first women councillors in Ireland and her appointment to the chair made her the first female council chairman in the country. Under her leadership, on 19 March 1920, Arklow Urban District Council passed the following resolution:

That this Council hereby acknowledge the authority of Dáil Éireann as the duly elected government of the Irish people and undertake to give effect to all decrees duly promulgated by the said Dáil Éireann insofar as same effects this Council, and that copies of this Resolution be forwarded to the Republican Minister for Foreign Affairs for transmission to the Governments of Europe and the President and Chairman of the Senate and House of Representatives of the U.S.A.

Under British law, this recognition of the Dáil as the true government of Ireland was treasonous. As government agents, the Royal Irish Constabulary (police) regularly demanded the minute books of the council. To thwart such inspection, on at least one occasion, Maria hid the book in the chapel belfry across the road. (The council meetings were then held in the courthouse.)

She was unanimously returned as chairman of Arklow UDC each year from 1920 to 1925, during which time she represented the people of Arklow at the funerals of Arthur Griffith and Michael Collins. She did not seek re-election after her 63rd birthday.

Nevertheless, she continued loyal to her belief that patriotism meant supporting local industry. She sold the products of local knitters in the family shop on the corner of Bridge Street and Main Street. She refused to stock British goods if similar Irish products were available, and she upbraided anyone who made the mistake of asking for an English newspaper! Such idealism was not good for business and what had been a thriving enterprise dwindled away.

This remarkable pioneering Arklow woman remained true to her convictions right up to the time of her death on 20 May 1945, aged 83.

In the museum we have details of a boat she owned which took part in the Kilcoole gun-running in 1914. Visit Arklow Maritime Museum, Bridgewater centre, Arklow. For opening hours see /www.arklowmaritimeheritage.ie/