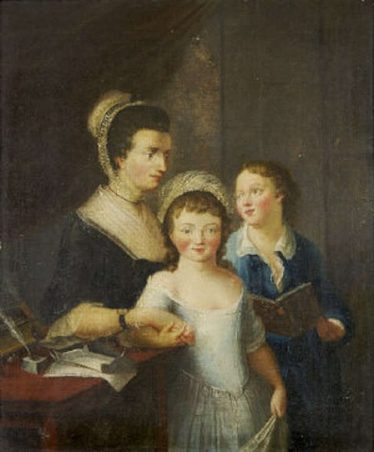 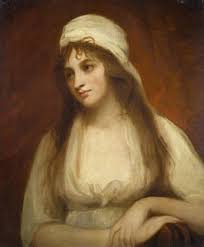 At the age of seventeen Theodosia Blachford had what she regarded as a profound spiritual experience: ‘awakened by a very singular light… to seek the Kingdom of God’, she resolved to ‘renounce the world, leave all’, and as proof of the sincerity of her intention, to dedicate one guinea, which was all the money she possessed at the time, ‘to the poor as His representative’. Although she would often – in her own estimation at least – fall short of this ideal, the experience gave her a sense of direction which dictated the future course of her life.

Born in 1744, Theodosia was the daughter of William Tighe of Rossana in Co Wicklow, a substantial landowner and member of parliament. Her mother died when she was only four years old, and Theodosia grew up an intelligent, self-critical and somewhat lonely child. Deprived of the education received by her brothers, she read widely in the family library, studied the Scriptures and theological tomes, and fretted over both her moral and social shortcomings.  ‘Ashamed of the sins & follies … recorded’ in her diary, she also agonised about ‘my boisterous & coarse manners, also … my ill tempers’, ‘want of beauty’ and ‘love of the world’.

In 1770 Theodosia married Rev William Blachford, whose mother, Elinor, was a daughter of Thomas Acton of West Aston (now Kilmacurragh), and whose property interests included Altidore Castle, Kilpeddar. A son, John, was born in 1771 and a daughter, Mary in 1772. William Blachford himself died in 1773, and Theodosia, while appropriately mourning his loss, found herself ‘now mistress of her own actions’. For the next few years she devoted herself to the education of her children. Finding John unequal to the perhaps unrealistically high standards she set for him, she sent him to Eton, ‘where he was made unhappy by his mother’s too great anxiety’ about his moral and academic progress. Mary, however, was a highly intelligent girl, whose literary gifts were already apparent, and under Theodosia’s careful eye, she immersed herself in ‘works of imagination in French, English & Italian’, learnt a great deal of poetry and wrote verses herself from a young age, in which she celebrated her love and respect for her mother, as well as the pastoral charms of the Wicklow landscape. As Mary grew into a beautiful young woman, however, Theodosia was disapproving of her daughter’s ‘strong desire to be admired’ and taste for fashionable society, while opposing her marriage in 1793 to a cousin, Henry Tighe. She was also alarmed by Mary’s ‘most extraordinary cough’, an early indicator of the consumption which would eventually kill her.

In about 1777 Theodosia, in her own words, ‘fell in with the Methodists’, finding in the movement the spiritual home she had been seeking since her teenage years. As one of its relatively few gentry converts, she became a powerful voice for Methodism within her own family and social circle, and achieved a high profile and considerable influence within the Irish movement. Methodism’s founder, John Wesley, greatly valued her contribution to the cause, describing her as ‘one of our jewels’, visited her when in Dublin and preached one of his celebrated open-air sermons under a giant Spanish chestnut tree at Rossana. Other influences on Theodosia’s spiritual development included Jeanne de Chantal, founder of the Visitation Order, whose Life she translated into English, and the religious mystic, William Law, who preached a religion of the heart, based on the concept of God as ‘all love’, and true Christianity as ‘nothing else but an open full manifestation of His universal love towards all mankind.’

Theodosia’s charitable activities, while drawing impetus from her evangelical faith, long pre-dated her conversion to Methodism. As already noted, her initial awakening involved a resolution to assist the needy and, in instructing her own children, she was able to draw on past experience ‘of teaching poor children’.  She is also listed as one of the supporters of the Leeson Street Magdalen Asylum, opened in 1767 to provide a refuge ‘for unfortunate females’ seeking an alternative to a life of prostitution. and in 1791 was one of a group of concerned individuals (another was Elizabeth La Touche of Bellevue) who came together to establish the Female Orphan House in Prussia Street. This institution was intended for destitute and orphaned girls between the ages of five and sixteen, who might otherwise be regarded as potential recruits to the vice trade. In 1802 she extended her concern to another category of needy females by opening a new type of foundation, a House of Refuge, located in Baggot Street, which offered shelter and training to unemployed young women lacking familial or financial support.

Death Of A Poet

Meanwhile, Mary, Theodosia’s daughter, had achieved the fame she craved as an author. Her long poem, ‘Psyche, or the legend of love’, prefaced with a dedicatory sonnet to her mother, first appeared in 1805. It was widely admired, praised by Thomas Moore among others, and influenced the young Keats. However, Mary’s health, never good, was now in serious decline, and she returned to Ireland, moving between Tighe family properties in Dublin, Wicklow and Kilkenny, settling finally at Woodstock, near Inistioge. Theodosia joined her there and nursed her during her final months, leaving a heart-rending account of her adored daughter’s inexorable decline and of her death on 24 March 1810.  In the following year, a collection of Mary’s work, Psyche, with other poems, appeared, to great acclaim, and some of the profits from the publication were directed towards a ‘Psyche Fund’ for the support of Theodosia’s House of Refuge. As one of Theodosia’s clerical friends, consoling her for her loss, remarked: ‘while the Lord “has taken away the delight of your eyes”, He has comforted you in making her very talents subserve the cause of true benevolence … The efforts of her truly delicate mind, and fertile genius, are engraven as with the pen of a diamond, on the annals of charity for ever.’

Theodosia lived on until 1817, and indeed survived both her children. Her son, John, died at Altidore in June 1817 and is buried in the Old Graveyard in Delgany, and Theodosia herself died in Dublin on 8 November of that year. Her burial place is unrecorded, but it is likely that she is the ‘Mrs Blackpool’, aged 73, of Dublin, whose burial at Delgany is recorded in the parish records on 11 November 1817.

Mary Tighe, Mary: a series of reflections during twenty years (1811)