What makes an eleven-year-old boy embark on a hazardous life at sea?

It wasn’t an unusual occurrence in the nineteenth century when poverty forced many children to work brutally long hours in conditions likely to corrupt body and soul. Many joined the merchant marine to escape the horrors of life ashore only to find that life afloat was just as bad.

But poverty can’t be cited as the cause in the case of Robert Charles Halpin. His family weren’t rich, but they did enjoy a regular and more than adequate income. So we must draw the conclusion that Robert bade farewell to his native Wicklow town for one reason – he loved the sea.

He was born on 12 February, 1836 to James and Anne Halpin, who owned and ran a dockside tavern frequented by seamen. It stood beside the bridge and was called the Bridge House. Now, the Bridge Tavern, it still stands and enjoys a new lease of life having been refurbished after lying idle for several years.

Life in a small port like Wicklow in the 1830s was a thrilling experience for a young boy with imagination. The sights and sounds of sailing ships leaving and arriving with the flow of the tides were everyday events. Fishermen mending gear on board their smacks, the smell of oakum and tar, the tang of salt on the air were everywhere. For a boy whose home was a seaman’s tavern there was no respite from the sea-lore. That was why he went to sea; that was why he outshone most of his contemporaries; and that is why he rose to the pinnacle of his profession. In March 1847, he turned his back on his short childhood and joined a sailing ship named Briton to begin a seven-year apprenticeship. He was eleven years, one month and eleven days old.

The Briton was no short-sea coaster plying between Wicklow and neighbouring ports. She was engaged in the Canadian timber trade and she battled the north Atlantic making two round trips a year. Robert had certainly gone in at the deep end.

If it was intended that he should spend his entire apprenticeship in this vessel, fate had other plans. In 1851, when homeward bound from Quebec to Gloucester, they encountered bad weather and when off Bude in Cornwall they were forced to run for shelter. The ship grounded and stuck fast. The crew managed to get to safety but the following day the Briton was a wreck.

The fifteen-year-old was now a true veteran. He had criss-crossed the Atlantic, sailing in and out of ports such as Wicklow, Gloucester, London, Quebec, and Montrose in Scotland; he had risen from newcomer to senior apprentice; and he had survived his first shipwreck.

He went on to complete his apprenticeship in the same company’s ships Henry Tanner and Selma, which brought him on voyages to the Chincha Islands off Peru and Australia. The Australian trip took place at the height of the gold rush there in 1853 and more than half the ship’s officers and crew deserted to try their luck at prospecting. Such mass desertions were the rule rather than the exception as gold fever gripped the ports. Some captains took precautions. One master of a clipper ship had his entire crew imprisoned until it was time to sail! Halpin, displaying the loyalty he was to display throughout his life, remained with the ship. It took many months to muster enough men to make the voyage home.

On completing his seven-years of learning his trade, Halpin saw that the future lay in steam-powered ships. Over the next four years he graduated from 3rd Officer to Master, and it was in this capacity that he joined the Atlantic Steam Navigation Company, better known as the Galway Line. 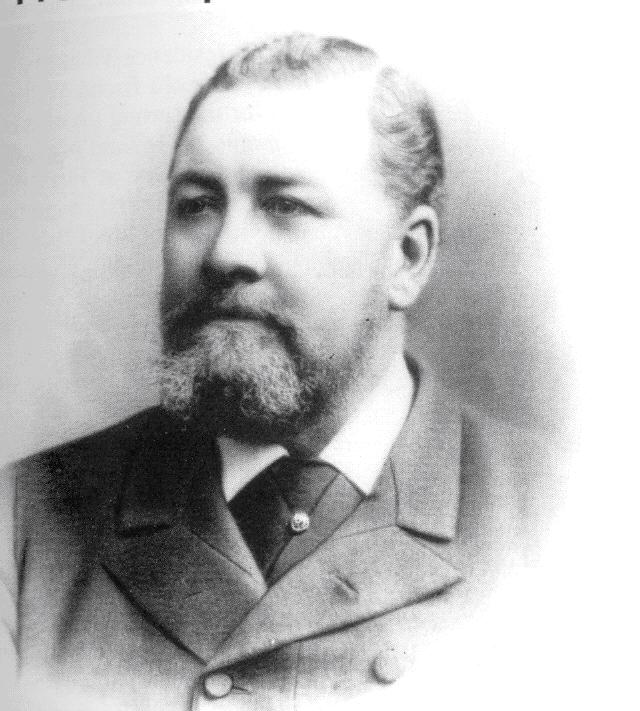 Trans-Atlantic travel boomed in the 1840s as emigrants left Europe – particularly Ireland – in search of a new life. Into this arena came the city of Galway. Its main selling point was that it could offer the shortest sea route to America. They thought so highly of the twenty-two year old that he was soon put in charge of their newest ship, the Argo, described by some as one of the finest ships on the Atlantic.

The route was Galway-St John’s (Newfoundland)-New York. On her maiden voyage she made the west-bound voyage without incident, but disaster struck on the return New York – St John’s leg. Dense fog enveloped the sea off Cape Race and, following the advice of local fishermen encountered at sea, Halpin continued on. Strange to say, that it was the practice of the time to speed through fog in the belief that it would help dispel it (this emerged at the subsequent enquiry). They struck rocks and the Argo, not yet having completed her maiden round-trip voyage, became a total write-off. No one was injured and most of the cargo was saved, but the loss of the expensive ship was deemed to be Halpin’s responsibility. His master’s ticket was suspended for nine months. Perhaps worse was the fact that this was his first major setback in what had been a steadily rising career.

Life in the doldrums

He spent the next couple of years in the doldrums. His comings and goings are very sketchily recorded, but we do know that he brought two ships, the Isla de Puerto Rico and the Isla de Cuba, to the remnants of Spain’s once powerful empire in the West Indies. He also spent three of those years in the dangerous but highly lucrative business of getting supplies to the Confederate States during the American Civil War.

In 1864 his ship, the Virgo, was impounded at Mobile, Alabama, as Union forces took control of the city. Halpin was put on trial for blockade-running but was released through lack of evidence. He lost no time in returning to Europe where he was about to begin the most successful period of his life.

Halpin and the Great Eastern

In 1864, just as Halpin was ‘helping the Union army with their enquiries’, moves were afoot to fit out the Great Eastern as a telegraph cable-layer. She was by far the biggest ship on earth, having been designed by Isambard Kingdom Brunel as a luxury liner and cargo ship to operate between England and Australia, hence her name, the Great Eastern. She had never been put to this purpose and was a commercial failure in the tasks to which she was put.

When Halpin joined her in early 1865, as Chief Officer, he did so at a time when she had been chartered to lay submarine telegraph cable between Valentia Island in County Kerry and Heart’s Content near St John’s, Newfoundland, thereby linking the continents of Europe and America. An attempt to do this had been carried out successfully using two ships in 1858, but the signal died after several months. This time the idea was to use a ship capable of carrying enough cable to complete the voyage without unnecessary splicing.

This 1865 attempt failed because of machinery hitches. The cable snapped several times and too many splices had to be made. When half-way across the ocean it snapped again and this time could not be retrieved for splicing. That voyage, however, showed that the technical problems could be overcome and another attempt was made in 1866. Not only did this prove successful, but the 1865 cable was also retrieved, spliced and successfully completed, making it two cables linking the continents instead of just one.

It was this 1866 voyage that pushed Halpin to celebrity status (real celebrity, not the blink-and-you-miss-it ‘Big Brother’ type), and that celebrity rested on two counts. First was his general control of the massive ship’s crew, and second, an act of heroism that gained him the respect of that crew. This incident involved a crewman sent aloft to untangle a rigging block. When high above the deck, he looked down and his nerve deserted him, he called for help. Halpin, instead of sending a rescuer after him, went to the stay to which the man clung, and began making a slow ascent, knowing that if the man panicked they would both be killed in a fall. He inched his way up under the sailor, put the man’s legs around his neck and, hand-over-hand, he made the slow decent. When the newspapers got wind of it –they were receiving hourly reports from the ship as the cable was paid out as a way of knowing if and when the signal failed – Halpin was catapulted to stardom.

When the cable-laying celebrations were ended, Halpin, like the rest of the men, had to look for a new ship. In 1869, however, the Great Eastern was again charted as a cable-layer and Haplin was re-hired, this time as commander.

From 1869 and throughout the 1870s, Robert Halpin was in complete control of the largest and most famous ship on earth. During that period he laid 26,000 miles of telegraph cable, linking France and Canada, Portugal and Brazil, Suez and Aden, Aden and India, India and Singapore, Singapore and Australia.

As he approached his fortieth birthday, married and with ample financial security, he entered what might be called a phased retirement. He built a splendid house at Tinakilly, overlooking Wicklow bay and settled into a lord-of-the-manor existence.

Throughout the 1880s he supported local endeavours. A product of loyalist stock, he contested the 1892 general election as a strongly anti-Home Rule Conservative candidate, but failed in his bid. He became Deputy Lieutenant of the county, chairman of Wicklow Harbour Board, a Junior Brother with Trinity House, and a guiding light for the Wicklow Regatta.

A monument stands in Wicklow town, and a fine Celtic Cross marks his grave in the local cemetery. A Halpin Room has been opened in Wicklow Gaol Museum, and a Halpin Walking Tour is conducted around the town. His home, Tinakilly House, is now a hotel proud of the Halpin connection. His memory is also kept alive in Jim Rees’ The life of Captain Robert Halpin (see http://www.dee-jaypublications.ie/ or http://www.dee-jay.ie/) .