You are here: HomenextPeoplenextVan Diemen's Women: A History of Transportation to Tasmania

Van Diemen's Women: A History of Transportation to Tasmania 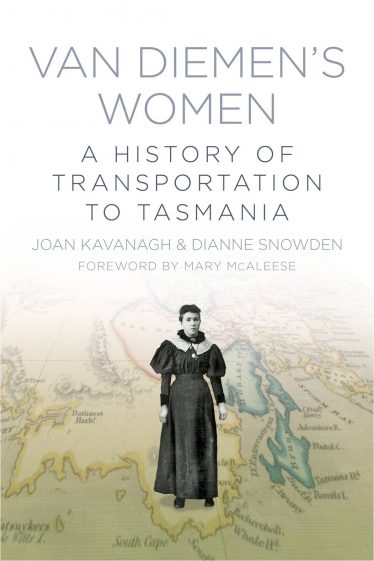 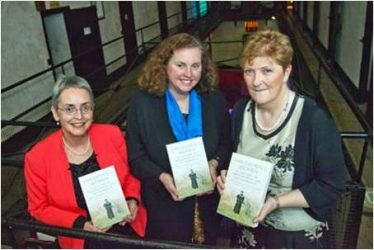 Van Diemen’s Women: A History of Transportation to Tasmania by Joan Kavanagh and Dianne Snowden

Wicklow historian Joan Kavanagh has teamed up with Australian author and academic Dr Dianne Snowden for a new book titled Van Diemen’s Women: A History of Transportation to Tasmania.

Australian Ambassador to Ireland Dr Ruth Adler was guest of honour at Wicklow’s Historic Gaol recently for the launch of the book on female convicts transported to Australia. More than 200 guests including County Wicklow local dignitaries, family and friends turned out for the launch.

On September 2, 1845, the convict ship Tasmania (2) left Kingstown Harbour for Van Diemen’s Land with 138 female convicts and their 35 children. On December 3, the ship arrived into Hobart Town.

While this book looks at all the women aboard, it focuses on two women in particular. Eliza Davis was transported from Wicklow Gaol for life for infanticide, having had her sentence commuted from death. Eliza Davis ended up being married twice. Her second marriage took place just a week before her death in 1898 aged 68. She had nine children in Tasmania. The other main character is Margaret Butler, sentenced to seven years’ transportation for stealing potatoes in Carlow.

Using original records, this study reveals the reality of transportation, together with the legacy left by these women in Tasmania and beyond, and shows that perhaps, for some, this Draconian punishment was, in fact, a life-saving measure.

The authors, based in Ireland and Tasmania, met by ‘accident’ at a conference in Melbourne in 1998. Dianne Snowden is the great-great-great granddaughter of Margaret Butler.

Margaret Butler, from Carlow was a widow with six children. Only two of her children, William and Mary Ann, went with Margaret to Australia. Nothing is known of what happened to the other four children. Sadly Margaret’s life ended in tragic circumstances when she was murdered by her second husband in 1855.