A Route Through the Past 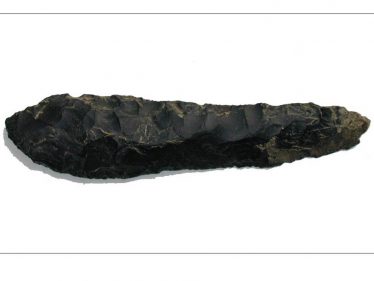 The following is an account of the archaeological discoveries made as part of the N11 realignment roadworks carried out between 2001-2003. The information is extracted from published material and promotional posters produced by ADS Ltd  for  the Route Through The Past one day seminar held in 2003.

Click on the pdf.s at the bottom of the bottom of the page for copies of the posters and for an education pack with suggested activities for primary school pupils produced by the Heritage Office of Wicklow County Council

Beginning in June 2001, a range of archaeological excavations were carried out on the route of the N11 in county Wicklow. The excavations took place between Newtownmountkennedy to Ballynabarney and the discoveries  gave a great insight into both the prehistoric and historic past of county Wicklow.  Over 60 archaeological sites, many of major significance, not only on a regional but also on a national level, were excavated by teams of archaeologists. The excavations highlighted the continued use of the rich landscape of Wicklow throughout the past 5000 years from prehistoric hilltop sites to the Anglo-Norman settlements. From fulacht fiadh to rock blades the archaeological discoveries had a great variety.

Kilmacanogue and Glen of the Downs: The village of Kilmacanogue, like Wicklow town, has its origins in the early Christian period with the founding of a church by Saint Mochonnóg of Glendalough.  However, several sites, revealed during the N11 excavations point to earlier activity in the Bronze Age.  A series of fulachta fiadh were revealed in the townland of Kilmurry North. Fulachta fiadh are typically low mounds of burnt soil, charcoal and heat shattered stone, frequently associated with troughs or pits that were cut into the ground surface and which would have held water for cooking, domestic or semi-industrial purposes. These troughs or pits are frequently lined with wood or clay.  A complex of possible Bronze Age hearths also came to light during this first phase of work emphasising the prehistoric use of the landscape.

Newtownmountkennedy: The road connecting Newtownmountkennedy and Ballynabarney revealed an astonishing array of over 50 archaeological sites.  Many were large hilltop ritual enclosures with cremations dating from the late Neolithic to the Early Bronze Age.  Others ranged from typical Bronze Age sites, such as fulachta fiadh described above, to possible settlements of the Early Christian to late medieval periods.  Eighteen  fulachta fiadh were uncovered at the Cullamore bends. The large number of fulachta fiadh in such a small area is extremely significant. This area is measured at 800m making it clear that it had a high concentration of activity perhaps due to the stream that runs beside it. The area was very wet meaning that the preservation of many of features were very well preserved. 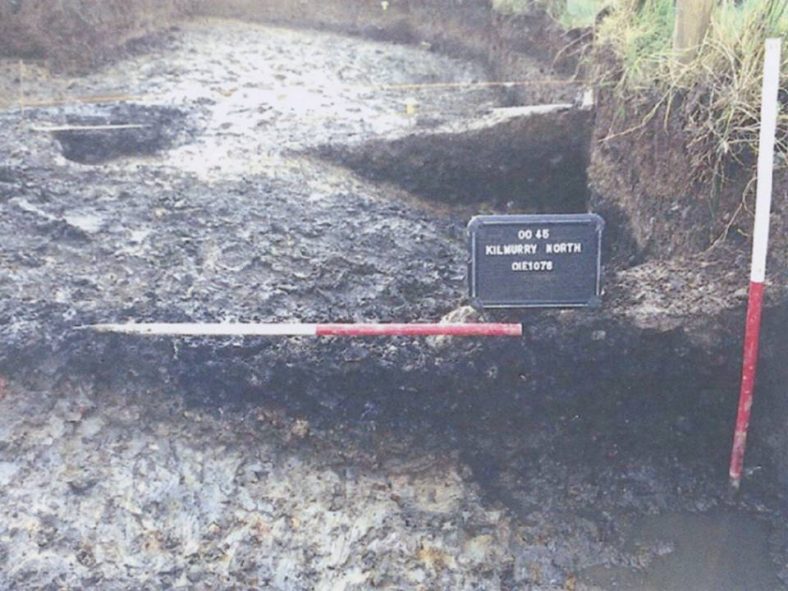 Killadreenan: Three main areas of archaeological ritual/burial activity were identified along the proposed road route; first at Rathmore, second along the flood plain of the Vartry and Rathnew Rivers and third within the townland of Kiladreenan. In Killadreenan a ring ditch was excavated. This circular ditch (ditches are with defensive structures, as a means ofdrainage or as a construction trench) measured about 10m wide and was situated on a flat plateau at the top of the steep north slope of the Chapel River valley. The ditch encircled a central pit. Pottery and flint from the fills of the ditch have been dated to the early Bronze Age. This series of large circular enclosures which lay outside the N11 were revealed through aerial surveys. The excavations at Killadreenan revealed many artefacts including quern stones and cremated bones. 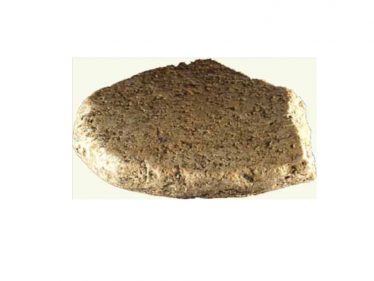 Rathmore: A second area of prehistoric Ritual/burial activity was located in Rathmore, here a large prehistoric enclosure was identified and excavated. Several pits were situated in the interior, one of which contained an urn cremation (a vessel in which the cremated ashes of one or more individuals are placed). Cremation of the dead was a common custom in the Bronze Age. Deposits of burnt bone were placed in a large pottery urn, which was then placed in a pit or cist (a grave lined with stones and covered with slabs or enclosed on four sides). The area appears to have been the focus of intense prehistoric activity dating to the Neolithic and Bronze Age. The presence of such a large enclosure, with little evidence of internal features with an elevated position suggests a ritual function dating to the Neolithic/Bronze Age. At Rathmore between Kilmartin and Inchanappa, 24 burnt fulachta fiadh were excavated.The fire-cracked stones were discarded after use and eventually formed a mound around the trough or pit area. These features are visible in the landscape today as mounds. They are one of the most common site types in Irish prehistory. Flint scrapers-small stone tools, flint flakes, a flint knife and a possible fragment of gold Bronze Age ring money were uncovered during excavation.

Cullenmore: Cullenmore was a very significant site along the route, excavations revealed two large areas of prehistoric activity. The entire site covered several hundred metres and also revealed a series of ditches, pits and hearths.  The prehistoric pottery and flint artefacts recovered from this site would place it within the Late Neolithic to Early Bronze Age. At the southern end of the scheme at Ballynabarney evidence for prehistoric habitation in the form of a large circular Bronze Age house was discovered.

Ballynabarney: At Ballynabarney the remains of a circular house was discovered. The excavation uncovered a trench for the house walls and an internal ring of postholes, which would have held the timber posts to support a roof. There was a number of possible storage pits excavated within the house and storage/rubbish pits to the south. There were two small ring ditch features which probably had a ritual function. This house is probably from the Bronze Age 2000 – 500 BC. Also found was evidence of a Medieval industrial site, a possible kiln was discovered in the centre of a medieval ditched enclosure rectangular in shape with rounded corners. The ditch appears to have been intended for drainage. The most conspicuous feature within the enclosure was an area of heavily burnt red clay and sand, possibly representing a hearth or kiln with a flue. Discovered within the enclosure were 2,700 sherds of pottery dated to the late 13, several metal objects and several hundred small stones apparently chosen and brought to the site for their shape and size, possibly for some industrial purpose. The quantities of pottery suggest that this enclosure may have been for a small rural pottery kiln. 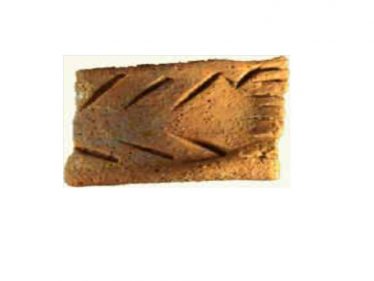 Mount Usher and Milltown North: Two important prehistoric burial sites were excavated in the townlands of Mount Usher and at Milltown North on the flood plain of the Vartry River. These were both ring ditch burial sites dating from the Bronze Age. Within the structure there was evidence of a possible cremation pyre (wooden structure burned during the process of cremating the dead). Evidence for at least three cremation burials were found; a badly destroyed stone lined cist burial within the ditch contained at least 2 urns and cremated remains, the third burial was located just outside edge of the ditch. This cremation was placed in a large encrusted urn. The site in Milltown North contained two ring ditches, one of these contained two simple cremation burials within and a second smaller ring ditch. 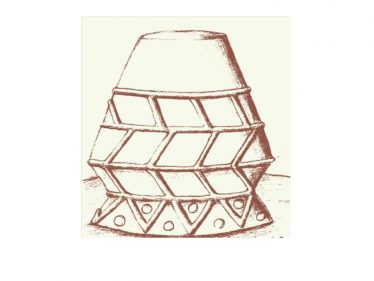 Inchanappa: An area of prehistoric activity was located within Inchanappa Lower.  Here another enclosure was uncovered at the base of a drumlin. Numerous pits and post-holes (holes originally containing structural timbers) were excavated. The post-holes indicate a large round structure, possibly a domestic house located within the enclosure. Coarse pottery sherds and pieces of a quern stone suggest a Bronze Age date for the activities at this site. Quern stones date from Neolithic times and were used in the process of grinding wheat into flour.Evidence for an Iron age industrial site was found at Inchanappa Upper, where a series of six large areas of burning were recorded.  One of the features has been interpreted as a corn-drying kiln. No production waste or debris was recorded for any of the features, although one spindle whorl, a tool used in weaving was recovered. This site may be associated with a known but unnamed Early Christian church, graveyard and font nearby.

Rosanna: A series of five enclosures were excavated at Rosanna along the eastern side of the existing N11. Upon excavation, one of the five enclosures was confirmed as archaeological and from the recovered material it appeared to be medieval,dating somewhere between the 12 -13 Centuries. These other features further substantiate historical documents, which record Rosanna as being one of the finest landscape gardens in Co. Wicklow. 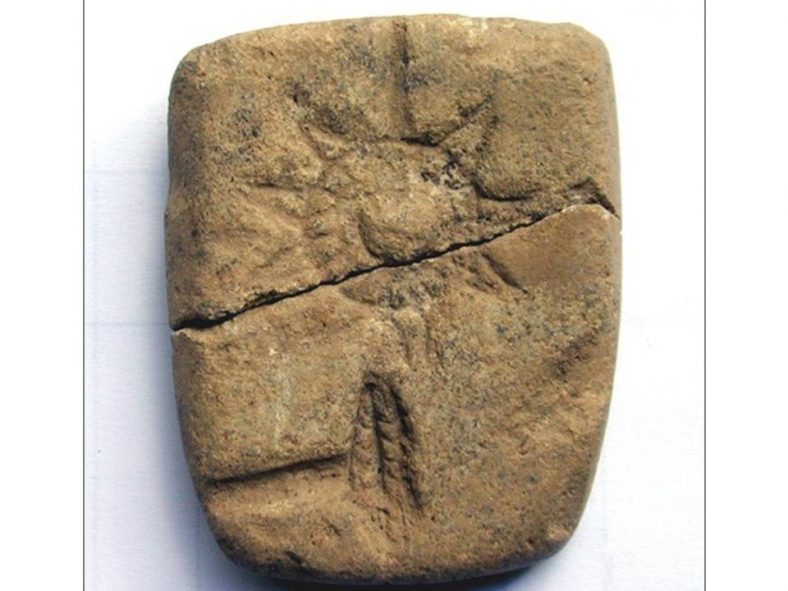 The N11 excavations have greatly added to the archaeological record for Co. Wicklow. It is an area rich in cultural heritage. The information obtained from the ADS Ltd excavations, the Sites and Monuments Records and other excavations within this area combine to illustrate the importance of this thoroughfare from prehistoric times to the present day. What has been described is simply a small sample of the wide range of archaeological activity discovered  along  the route. However, its importance to our knowledge of County Wicklow cannot be overstated.  The County already had many known archaeological monuments and sites ranging from the prehistoric to the post-medieval. The number and broad range of sites reflect the widespread use of the landscape of Wicklow throughout our past, from the remote prehistoric period of the Neolithic to the 20th century. The ‘Garden of Ireland’ may be a relatively new term used to describe a county with stunning landscape, and abundant in flora and fauna.  This ‘Garden’ has provided further evidence for a rich and diverse archaeological heritage and a landscape steeped in prehistory and history.