You are here: HomenextPlacesnextANCIENT WICKLOWnextWicklow - The Heart of The Ancient East

Wicklow - The Heart of The Ancient East

Wicklow is at the heart of Ireland’s Ancient East and is one of Ireland’s most scenic locations; offering  a journey through 5000 years of history with the stunning backdrop of the Wicklow Mountains and the Irish Sea. View the short film above from Failte Ireland to get a flavour of what’s on offer in the region. 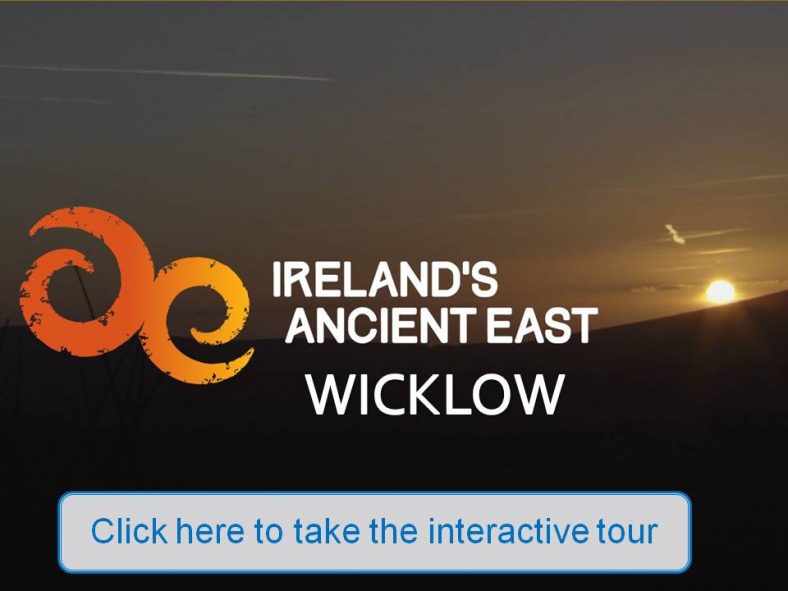 In county Wicklow, the remoteness of the Wicklow Mountains  attracted early settlers and evidence of ancient places of worship  in the form of megalithic tombs, standing stones, ring forts, rock art and ceremonial circles remain scattered throughout the landscape today.

St. Patrick is reputed to have landed along the coast of Wicklow in the 5th Century, sowing the seeds of  Early Christianity which, a century later led to the establishment by St. Kevin of Glendalough, one of  Ireland’s most important monastic settlements. Glendalough, meaning  ‘valley of two lakes’ is located at the heart of Wicklow Mountains National Park and forms one of Irelands most  popular bases for exploring history,  wildlife and the great outdoors.

The Vikings and later the Normans left their mark along the Wicklow Coast establishing many of the towns, villages, castles and fortifications. The mountains provided a place of refuge over the subsequent centuries of  battles and rebellions that shaped this county and Ireland.  The 1798 Rebellion still echoes around the Wicklow Glens and in the Cells of Wicklow’s Historic Gaol.

Wicklow’s majestic scenery, abundant woodlands and natural resources attracted Anglo Irish settlers  to establish some of Ireland’s best Historic Houses at  Killruddery, Russborough, Avondale and Powerscourt. The beautifully designed landscapes around these houses, many of which can be visited today,  led Wicklow to become known as ‘The Garden of Ireland’.

With easy and fast access to Dublin, Wicklow offers visitors a tremendous base to explore and experience Ireland’s Ancient East.

Click on the image above to take an interactive map tour of the Prehistoric, Medieval and late Medieval sites to visit in county Wicklow as developed by Wicklow County council, and read further stories of Wicklow’s Ancient East on this site, HERE.