The Dawn of History

The earliest years of human settlement in Ireland are known as the prehistoric period, simply because writing was not used to record people, places or events.  However, this changed not long after the year 400 AD, in other words 400 years after the birth of Christ.  It was during this period that Christianity came to Ireland, some say by St Patrick, and these earliest Christians brought writing to Ireland for the first time.  Very few books survive from this time, but early examples of writing can be found in the most unlikely places – on stone.  These are called ogham stones, and the writing consists of lines carved across the corner of the stone.  These lines make up the letters of an inscription recording the name of a local ruler.  Such ogham stones are found in only a few places in Wicklow, namely Castletimon, Donard and Knickeen in the Glen of Imaal. 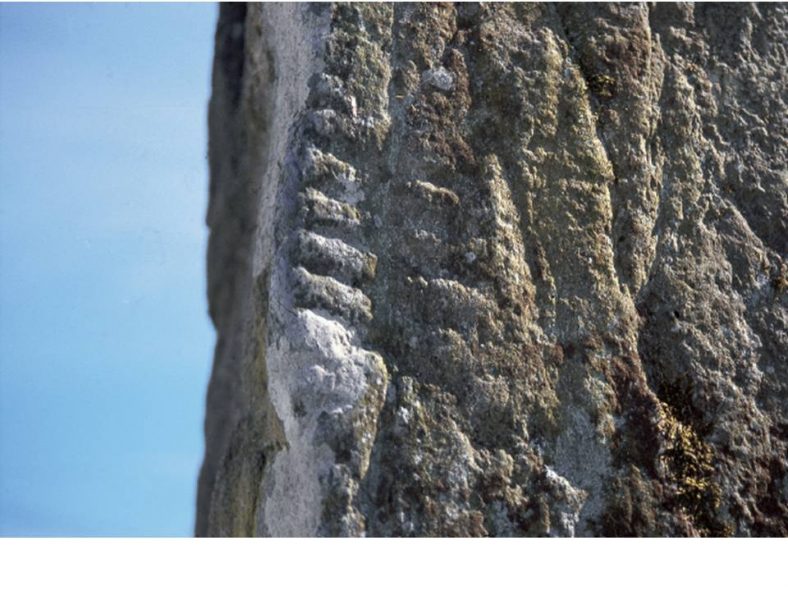 Ogham writing on a stone in Donard Village

It was the monks who first began to write down the names of people and places, and some of the major events that took place during these early years.  In particular the monks wrote about important saints and their churches, for example St Kevin and Glendalough.  These early writings also mention the names of various tribal families and their rulers, including the Uí Mail who gave their name to the Glen of Imaal in the west of the county.