You are here: HomenextPlacesnextARKLOWnextA Brief History of Arklow

A Brief History of Arklow 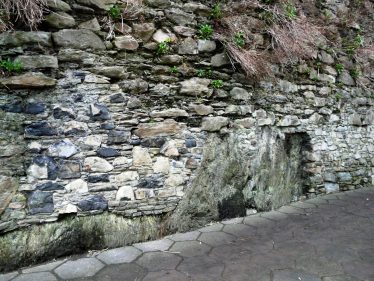 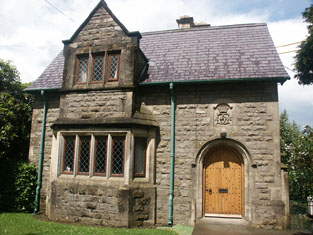 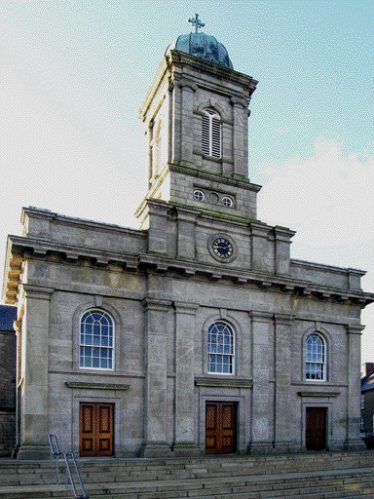 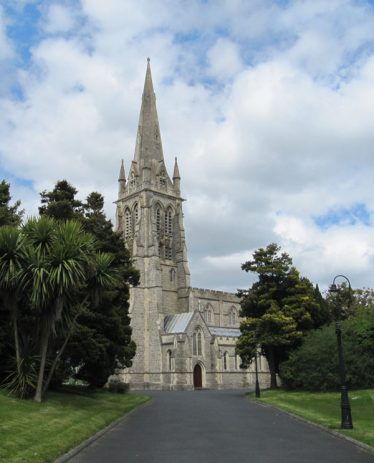 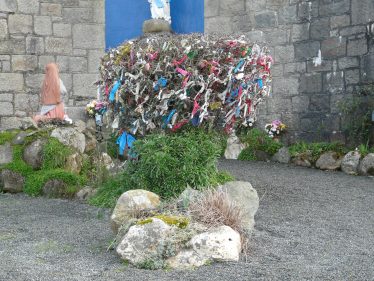 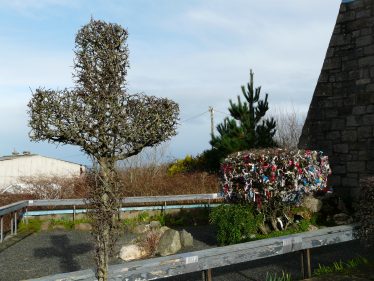 zoom
Cross and Maybush at Our Lady's Grotto
Mary Hargaden 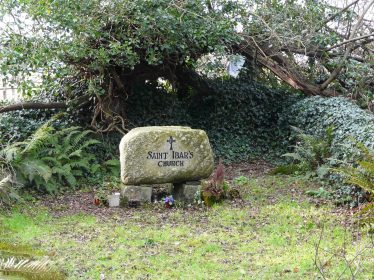 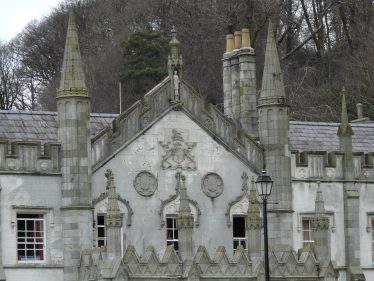 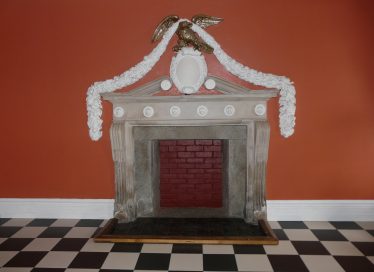 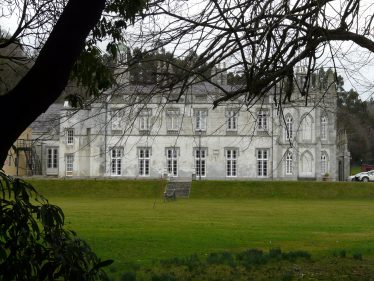 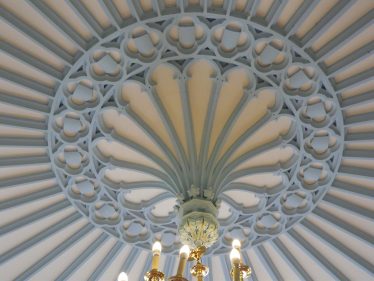 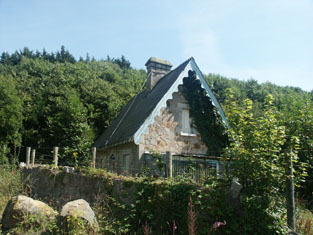 zoom
Lodge on the Glenart Estate
Buildings of Ireland 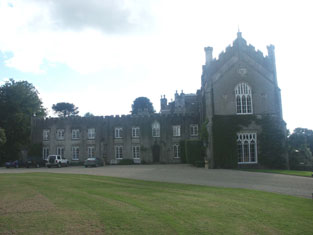 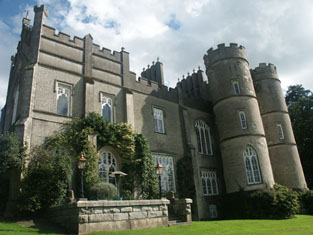 This article has been compiled for the Heritage Office in Wicklow using the Irish Tourist Association Topographical and General Survey 1942/3 (ITA) – for the Barony of Arklow and Lewis’s Topographical Dictionary 1838 as baseline information. These valuable historical records are stored in the Local Studies Collection of Wicklow County Council Library service and may be viewed by appointment. Other sources include Wicklow History & Society (2004). Other sources include the National Library of Ireland, the Dictionary of Irish Architects and History Ireland.

Arklow is a barony in Co. Wicklow; it is also a town and a civil parish. It is 40 miles from Dublin and in 1838 contained 6,309 inhabitants according to Lewis. Arklow used to be known as Invermore (Broad Estury) and has also been known as Arclogh. The name Arklow was applied by 9th century Norse ‘raiders’ and it marked the southern extremity of the territory of the Danes of Dublin. In the 1800’s it was a sea-port, market town, post town and fishing “station from time immemorial”. The lower town was called the ‘fishery’ and in 1831 this area had 702, mainly thatched cabins.  In 1835  200 boats were involved in herring fishing and oyster dredging.

The town is situated on a slope at the side of the Ovoca river which flows under a bridge of nineteen arches. There were two sandbanks at either side of the Arklow estury, each about two miles long. On the North Shore in the 1940’s according to the ITA there were several inviting coves such as “Porter’s Rocks” and there were the “gaunt ruins of the old cordite factory”.

Arklow ship builders John Tyrrell & Sons were the builders of the “first motor fisherboat in the British Isles”. They also sent pre-packed fishing craft as far away as Madras and were builders of  “The Aideen” an ocean racer which won first place in the 1930’s in races from Dunlaoghaire to the Clyde in Scotland.

According to Lewis much of the copper ore from Wicklow mines, situated between Arklow and Rathdrum was shipped from Arklow during the Summer season. There was a coastguard station on the north side of the town and these buildings remain.

Ormond Castle – The town and castle was given to Theobald Fitzwalter, lord-butler of Ireland.  A fragment of this Ormond castle remains as part of the boundary of the court house boundary wall.  The O’Byrnes and O’Tooles feature in the history of Arklow as they attacked this and other towns from time to time. Oliver Cromwell attacked Arklow in 1649 and the castle was totally destroyed by his army.

The Cistercian Monastery was founded in Arklow by FitzWalter in the 1100’s  for Cistertian Monks who were brought from the Abbey of Furness in Lancashire. According to Lewis in 1838 the cemetery here was still used as a burying place in 1838.

Ferrybank Bridge – ‘The Nineteen Arches Bridge” in the town was originally constructed between 1754-56. It was built by Andrew Noble who committed suicide in 1759 and is buried at ‘Ennercilly’.  Later during the erection of the dry quays, enormous heaps of bones were found which are presumed to be the ‘fallen’ from a battle there in 1798.

Lamberton House grounds in the town of Arklow was the site of a cock-fighting statium which is acccording to the ITA  “a relic to the days when such as sport was much in vogue”.

St. Mary’s and St. Peter’s, Catholic Church according to www.historyireland.com was built in 1859 by Patrick Byrne an architect who was responsible for designing St. Paul’s in Arran Quay which has similar features. He was influenced by the ‘Pugin’ style which is found in churches and cathedrals throughout Ireland including Cobh Cathedral.

St. Saviour’s  Protestant Church according to www.dia.ie was built in 1899 by the 5th Earl of Carysfort by the architect Sir. Arthur Blomfield.

Nearby places of interest:

Crogan Kinshela Mountain was once a site of gold mining activity in the late 1700’s which started as a the interest of a “local schoolteacher” who kept this a secret until it was  taken over by Messrs Weaver, Mills and King for the government. Steam works were constructed on the rivulets from the main river according to the ITA who also note that the Irish gold ornaments in the Royal Irish Academy collection weighed about 570ozs whereas those in the British Museum weighed only 20ozs.

Inch according to the ITA had several unused chalybeate springs (these are found in old spas and were reputed to have health giving properties).  The surface of the soil in thes places was strewn with a type of iron ore known as Cat’s Brain (so called because it is blue).  According to the ITA in 1690 some of King James’s Army were engaged by an advance guard of William’s Army near the church at Inch. James’s Army were defeated here also.  Inch is in Co. Wexford.

Arklow Rock was popular with picnic parties according to the ITA Survey and there are several places of interest nearby including the ‘Hanging Stone’ a natural rock. “This boulder is so delicately balanced on another rock that it looks like it is going to topple at any time”.

Lady’s Well was situated near Arklow Rock very near a church called Chapel Hogan. At the time of writing according to the ITA in the 1940’s  “every year on 25th March people from the fisheries part of Arklow town used to visit the well, drink some water, say three hail Mary’s and carry home some water to drink. When people take the water they tie a piece of cloth on a small sceach thorn which grows by the well”. This practice continues to this day even though the ‘grotto’ is now in the middle of the quarry site.  The 25th of March is still observed and according to a local person the Rosary is said here every Sunday.  The ‘grotto’ is well maintained.

St. Patrick’s Well was also nearby in a field where the Mass path for people coming from Chugga. About 200 yds from the site of Chapel Hogan in a field on the left-hand side of the rock road going in direction from Arklow. This site could not be found.

St. Iber’s Well was situated in a field in Moncrief’s townland near an old graveyard believed to be a site of a monastery founded by an early Danish convert to Christianity.  This well has been visited by the people of Arklow Rock District for quite some time and information on this is held at the site. This site  is well marked.

Johnstown – there are Raheens (small raths) near Johnstown in the townlands of Shirsheen, Askinch and Newtown. There is a ‘warriors burial ground’ at Newtown known as Grannagall.  On the Road North of Coolgreaney.  In Johnstown there is a Church erected on Main street in 1823 and enlarged in 1829. There is a Catholic Church near an ancient castle which was and maybe still is being used as a burial place.   A number of houses in the town built by the Earl of Carysfort have their entrances at the rere instead of facing the road for the sake of the Earl’s privacy.

Maybushes are/were bushes marked by locals, sometimes near old chapels and wells. Locals visited and held meetings at these places. There was one such bush near Johnstown which was covered with mayflowers, cowslips and in the evening there used to be sing-songs and dancing at this location.

The following Mass paths and rights of way were known and can be seen on the www.osi.ie 6” map of this location.  Path from  Slievedub via Killaherler to Johnstown Chapel and from Sheirsheen via Ashkined to Johnstown Chapel. According to the ITA in 1942, Skittles were played on the village green.

Shelton Abbey was the residence of the Earls of Wicklow (the Howards) some of whom are interred in a pyramid shaped tomb nearby in the parish of Kilbride.  It is reputed to contain, according to Lewis some of the “most stately beech and chestnut trees in the island”. The original house dates to 1770’s and it was refurbished by the architect Morrison in 1819 who between himself and his son also designed Kilruddery, Castle Howard and several jails including Roscommon County jail which remains in tact.

Shelton Abbey has an extension to the main house called “the nunnery” which housed the nine daughters of one of the Earls of Wicklow.  Shelton was run as a hotel for a short while prior to the house being sold to the Irish Government.  One of the Earls who travelled extensively in Europe gathered quite a collection of paintings by famous artists including some by Durer and Vernier.  Much remains of the outside of the building which was built in the Gothic Romantic style.

According to the ITA in 1942 there was 1,700 acres of Rough Shooting on Shelton Abbey Estate.King James is said to have in Shelton after the battle of the Boyne and there was a road going through the estate called “King James Road”. There was private railway stop on the grounds of Shelton Abbey used to transport goods for Irish Fertiliser Industry.

Castle Howard was built in 1811 also in the Gothic Romantic Castle Style by Morrison for Lt. Col. Robert Howard. In its grounds there is a small lake and a boathouseGlenart Castle is situated nearly opposite Shelton Abbey and it was built for the Earls of Carysfort in 1750.  There were two matching picturesque gate loges on the site. It was built around an ancient hunting lodge called ‘Kilcarua’. The Carysfort title became extinct in 1909.

A large fort on this estate believed to have been built by Danish settlers was taken over as a National Monument. The dimensions are 250 yds sq.