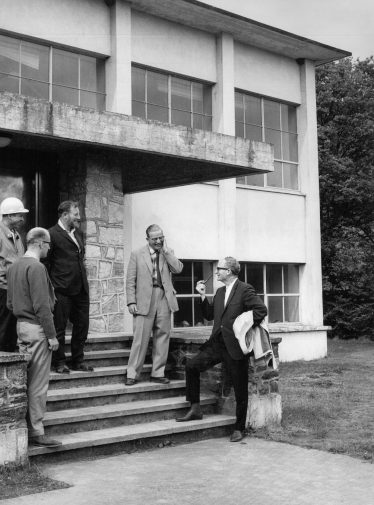 Robert J. Kilgour passed away peacefully at the Penticton Regional Hospital in May. Bob Kilgour, as he was generally known to friends and business acquaintances, spent a lifetime in the mining industry but was best known for his role as operations manager for the J.C. Byrne Organisation for over twenty-eight years.

Born in Brandon, Manitoba, Bob grew up in Ninga, Manitoba where he obtained his elementary and secondary education. He attended the University of Manitoba for two years and then, after some time in the field, completed his post secondary education at Queen’s University in Kingston, graduating in 1934 with a B.Sc. degree in mining engineering.

Field employment during his student days took him to Churchill, Flin Flon, central Manitoba and the Red Lake area, where after graduation, he spent 17 years, adding steadily to a reputation for professional and managerial competence. Companies on whose staff he served including McKenzie Island, Hasaga, Starrat-Olsen, Madsen (5½ years).

After graduation he worked at various mines in the Red Lake area and near Sault Ste. Marie, both in production and engineering at producing mines and in exploration and development at others. In 1951 he was appointed chief mine inspector for the Province of Saskatchewan a position he held until 1953.

In 1953, Robert J. Kilgour joined the Byrne Organisation as general manager of Consolidated Discovery Mine, a small gold producer in the Northwest Territories, 60 air miles north of Yellowknife. Under Bob’s management this mine enjoyed 16 years of very profitable operation, for several years being the highest grade gold mine in Canada. During this period at Discovery, he was also instrumental in bringing into production Rayrock Mine, the precedent of Rayrock Resources Incorporation and also Tundra Mine. This was an intimidating undertaking, including construction of mill, plant buildings and camp and underground development through to production, for a gold producer 250 air miles northeast of Yellowknife and well into the Barren Lands.

By 1969 the ore reserves at Discovery Mine were exhausted and the Byrne Organisation acquired the rights to Avoca Mines Limited, a former copper producer located in County Wicklow, Éire. Bob, as general manager of this operation, was responsible for the renovations to the 4,000 ton per day copper concentrator, completing underground development work for trackless mining to provide the required tonnage and building up the necessary organisation and staff for the start-up of production in 1970. He continued to manage this operation until 1981 when he retired and returned to Canada to make his retirement home at Penticton, British Columbia.

Bob Kilgour was a Life Member of The Canadian Institute of Mining, Metallurgy and Petroleum, and a member of the Professional Engineers of Ontario. He was also a member of Kiwanis Club and the Lapidary Club during his retirement in Penticton.