Baltinglass is at the centre of a huge complex of five hillforts. These hillforts may be tentatively dated to around 1,000 BC or slightly earlier. They were not made by the Neolithic people, but by a later metal-using people. 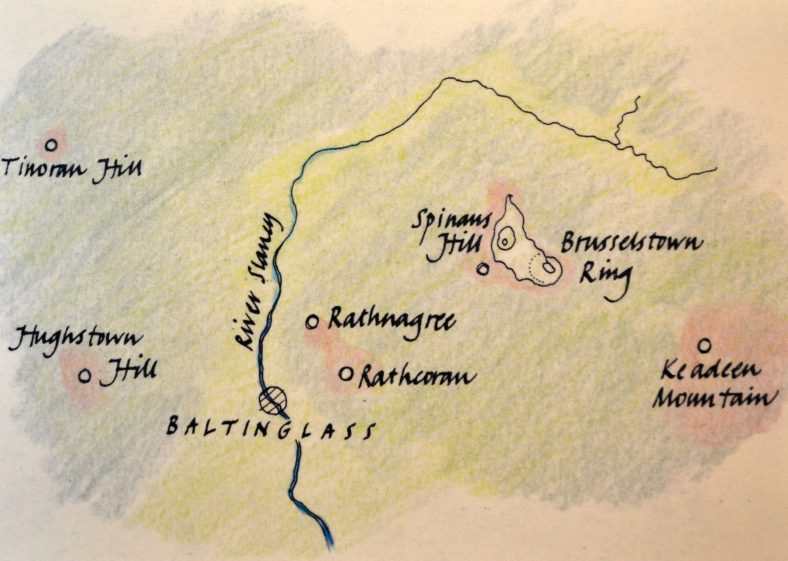 The Rathcoran hillfort is at the top of Baltinglass Hill, and surrounds the old cairn. It has a double rampart and perhaps was intended to have a third, which was not completed. It encloses a roughly oval shape, around 400m at its widest point. 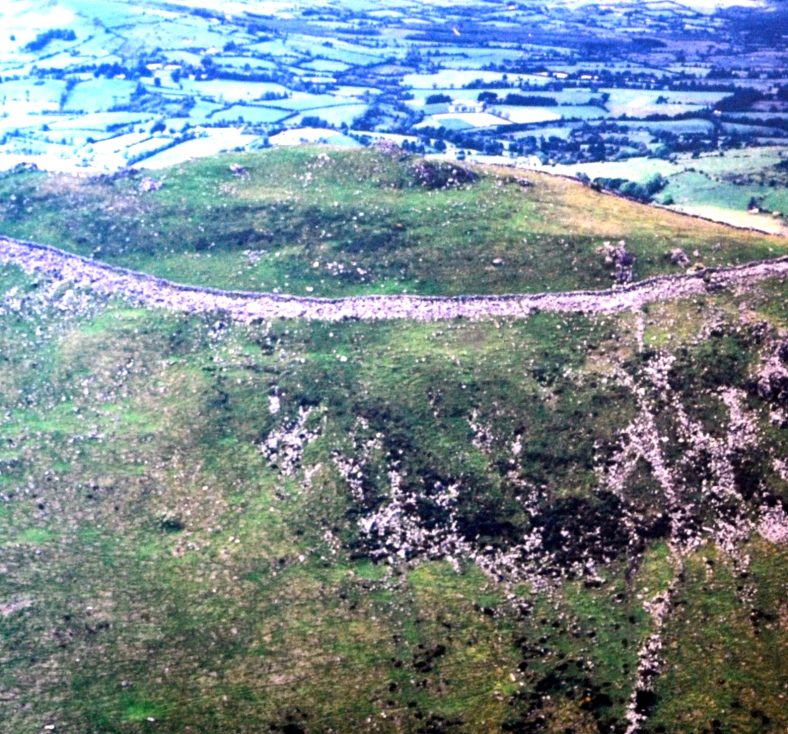 The Spinans Hill – Brusselstown hillfort complex is a massive structure, which dominates the land to the northeast of Baltinglass. It has vast earthwork and limestone embankments. The outer rampart encloses an area of 130 hectares (320acres), and is over 1.5 kilometers at its longest point, NW to SE. It is one of the most impressive and massive constructions of the period within Western Europe.

It is hoped that further excavations will tell us more about these enigmatic and spectacular remains.