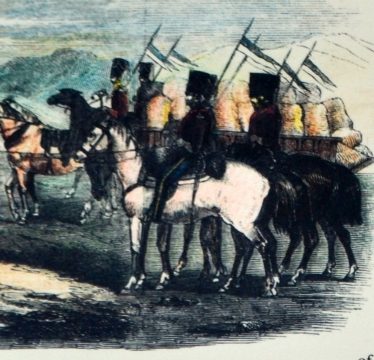 The Penal Laws had been largely repealed at the end of the eighteenth century. By 1841 Catholics with a holding worth ten pounds or more were allowed to vote and hold more offices. But very few Catholics had such a holding, and in practice this change made very little difference to day-to-day life.

The big change to Baltinglass was that Lord Aldborough and local landlords no longer took much interest in the town. The grand jury system was neglected. Law and order were enforced by new, nationally run, institutions. The Constabulary Barracks, Courthouse and Gaol provided Baltinglass with civic buildings designed to uphold and enforce the law. The resident magistrate in Baltinglass Barracks was Captain B. Warburton. It was the job of the constabulary to catch offenders and protect the town from riot.