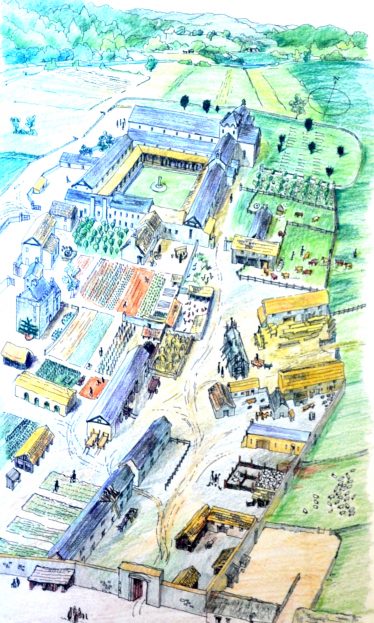 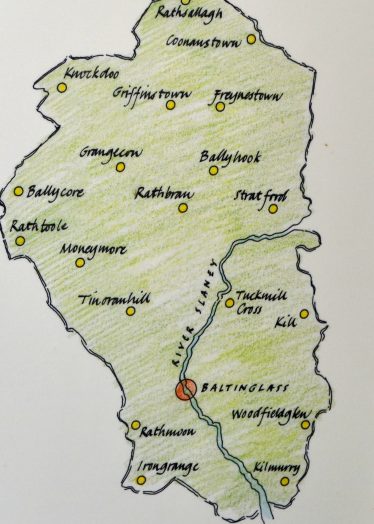 The first monks to arrive in west Wicklow chose this location because they needed flat land with good rock for the foundations of their Abbey. They found this land on the river bank.

The river provided them with water to take underground for washing and for power for their mill. The shape of the Abbey is based on a simple design, which can be found repeated all over Western Europe. It is most likely that a group of French masons was imported to do the work. The basic unit of the building was a square, measured out of sixteen feet (about 4.75 meters). From this point, further squares were added to make the familiar cruciform pattern. One local difference was made in the arrangement of the arches and windows, which are of a kind called transitional – a compromise between Irish and Norman.

The monks slept in a purpose-built dormitory. Bedrooms like this were the earliest to be built on the first floor of a building in Ireland. We know from the arrangement of windows that this building was intended for thirty-six monks.

Around the Abbey stood a mixture of wooden and stone out-buildings. There was a garden, an orchard, a hen-coop, a rabbit warren, beehives, grain-kilns, a smithy, barns and a dovecote. A tannery was erected downstream to avoid polluting the monks’ water. A little further off was the “hospital” – a place for travellers to stay. Upstream the monks built a “tuckmill” for the production of flannel.

The farmlands ceded to the Abbey extended over a wide hinterland surrounding Baltinglass. The outfarms were called “granges” after the Latin word for barn and were worked by the lay brothers.