The Rath at Baltinglass Hill

The circular rath is surrounded by a rampart, made up of an earthen bank, about 203 metres wide, topped with a stone wall. Although the defences would not withstand a long siege, they protected cattle from raids by warlike neighbours or from wild animals. A rath with a stone wall such as this is known as a “cashel”.

The rath is only 17.5 meters across. We can see that it is surrounded by a number of other raths. It seems likely that the rath near Baltinglass is a subsidiary rath.

A large ringfort at Raheen (Talbotstown Upper) is more than twice as wide, at 42 metres across. It has big double banks. This may well of been the dwelling place of a King, or Rí Túaithe. The rath was built on sloping ground away from the hilltop. This was done to get better drainage, and to avoid the strong winds that blew over the hills. There was a variety of structures within the rath. As well as a house for the farmer, his family and slaves, there was a byre, a pigsty, a sheep fold, a calf fold and a forge. In the middle of the enclosure was a dungheap. 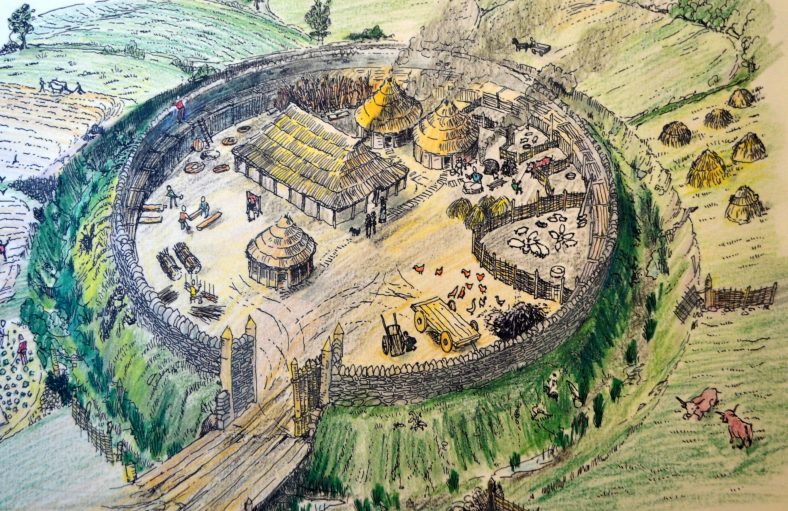 Building materials were very similar to those of the Neolithic people and timber, clay, turf, wattle and daub were used. Roofing was of thatch, made from straw, reeds or rushes. The usual style of farmhouse was circular, with a door facing east. This might have been done for ritual reasons – to see the rising sun – or simply to protect the house from the prevailing winds. 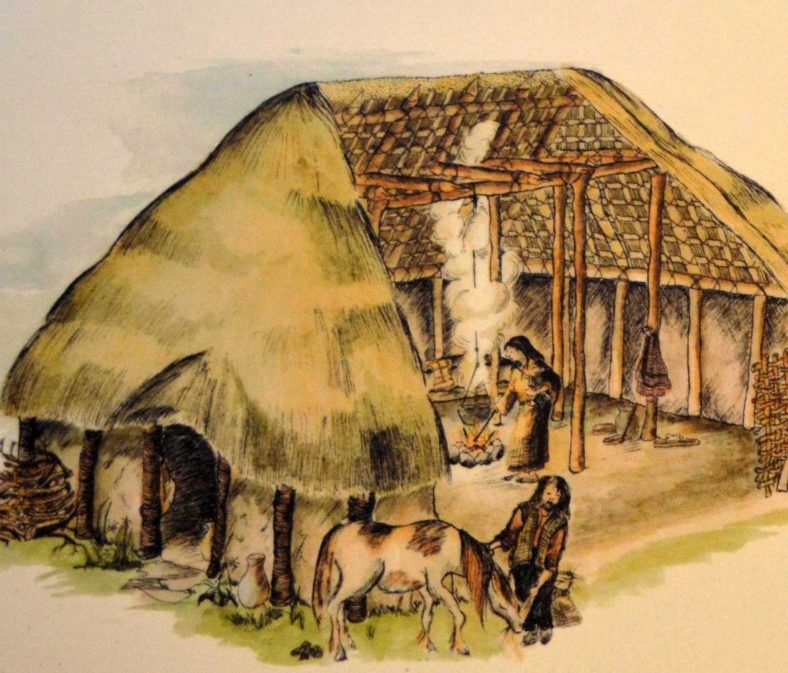 Inside the house there was very little privacy. The room would be considered filthy by today’s standards. A kitchen or food-store was at the rear of the house. In it were sacks or boxes containing grain, as well as churns for making butter. Beds of straw mattresses were arranged around the wall. Rough hides covered the beds. The farmer or his wife might have had a feather bolster. The hearth was at the centre of the room. There was no chimney so it would have been very smoky. A metal cauldron took pride of place over the fire and was in constant use for cooking. It could also be used to heat water for washing. The Celts were personally quite clean. The only furniture consisted of roughly made stools and tables. A variety of tools such as spades and mattocks would be found in the farmstead.