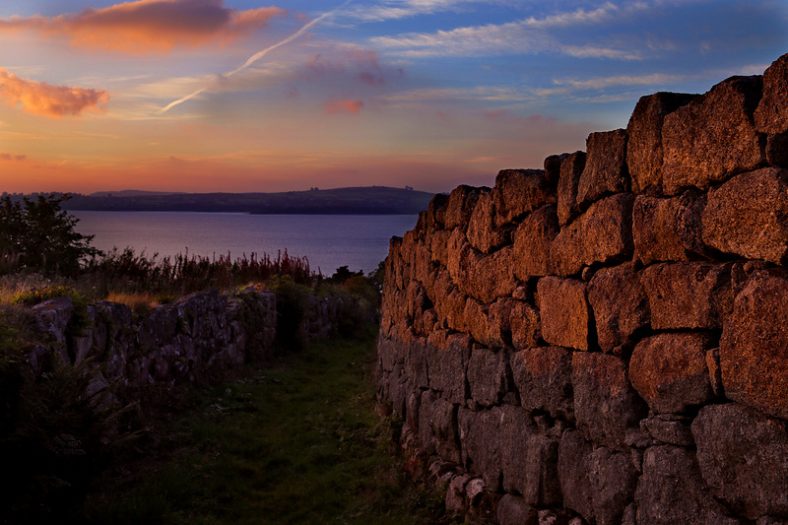 Known as the rockery in the Garden of Ireland, Ballyknockan Village nestles on the northwest side of the Wicklow mountains overlooking the Blessington Lakes. The village retains an air of old world remoteness, unique charm, and scenic beauty. The village has a rich history based on the granite quarried for almost two centuries at the quarry close to the village, and can be seen all around in the farmhouses and cottages of stone. The tradition of stonecutting is still carried out but on a much smaller scale than during the famine period when over 400 people were directly involved with the quarries. Farming has a strong tradition here too; sheep mostly graze along the expanse of the mountains and cattle graze on the lower slopes. 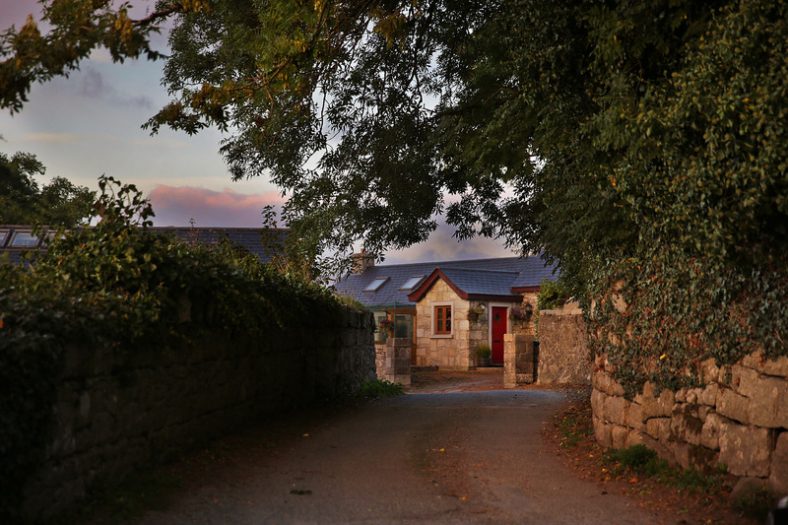 On the outskirts of the village is the so-called House in a Day. In 1887, the local landlord was determined to evict a widow and her family from their home. When the family were at mass on Christmas morning, the landlord’s men knocked the roof from her house and evicted the family. At that time there was a law that if a house was built within a day with smoke coming out of the chimney, the occupants couldn’t be evicted. The neighbours of the family got together and built a house in a day for them and the fire was lit, ensuring they couldn’t be evicted. The remains of the house and a plaque commemorating its history can be seen from the road. 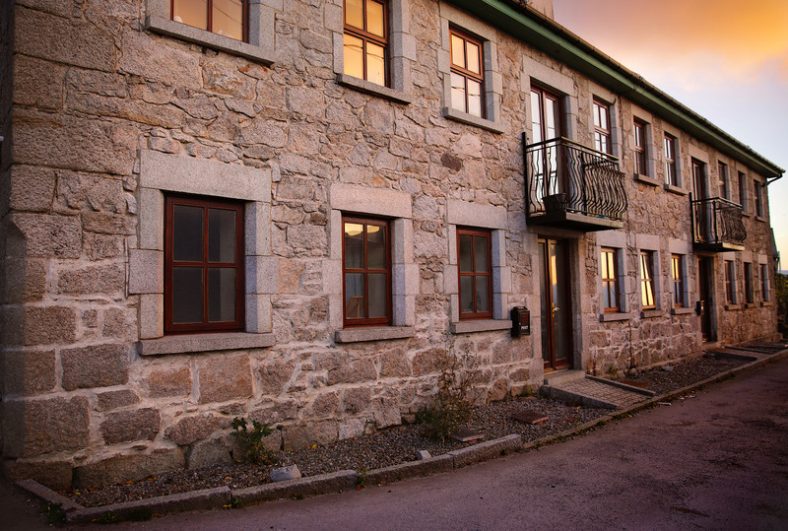 The Barn Cinema, now a private dwelling was originally the focal point of social life in Ballyknockan. It doubled as a cinema and a dance hall. There were mostly western movies shown there every Sunday night in the 1950s. By the 1960s there was a dance after the movie that normally finished around 3am and attracted a large crowd from the surrounding area. Many locals met their partners at the Barn Cinema and it was the local Ballroom of Romance. 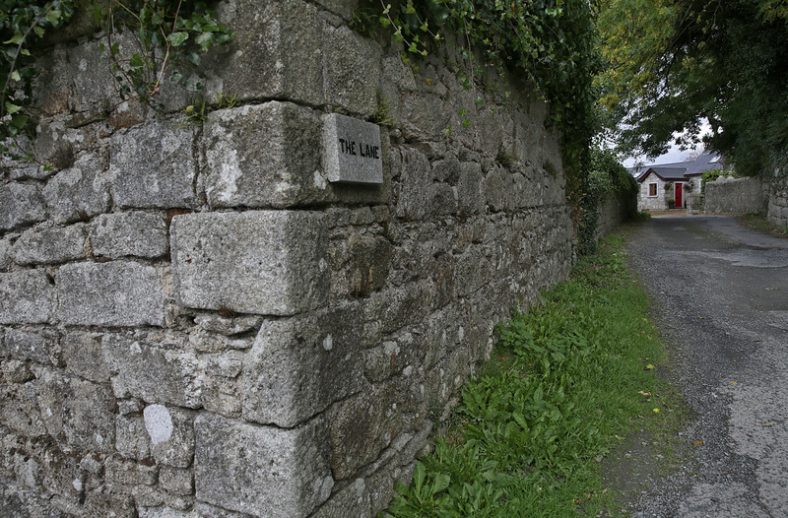 The town has a close association with Captain Joseph Holt. Joseph Holt (1756 – 16 May 1826) was a United Irish general and leader of a large guerrilla force which fought against British troops in County Wicklow from June–October 1798. Originally Holt seems to have been a trusted loyalist and had a farm. But for some reason he joined the United Irishmen in 1797. His house was burned down in May 1798 by a band of militia and he escaped and hid in the mountains. He eventually surrendered on condition of his exile without trial. He was exiled in 1799 to the colony of New South Wales (since 1 Jan 1901, Australia) where he worked as a farm manager for NSW Corp Paymaster Captain William Cox and later returned to Ireland in 1814. 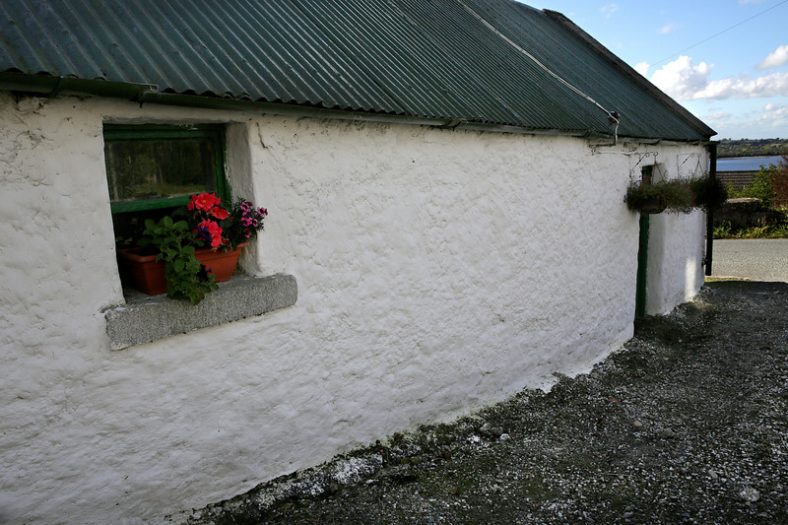 From Ballyknockan the views over the lakes are breathtaking. The flooding of the valley in 1940 to create the Poulaphuca Reservoir dramatically changed the landscape. Three bridges were built ensuring access to Ballyknockan and surrounding areas. Today, not only does the lake hold 148 million cubic meters of water supplying thousands of Dublin homes and creating electricity, it is also an important habitat for wildfowl and offers many water pursuits such as fishing, sailing, windsurfing, boating, leisure cruising and canoeing, accessible from Ballyknockan. 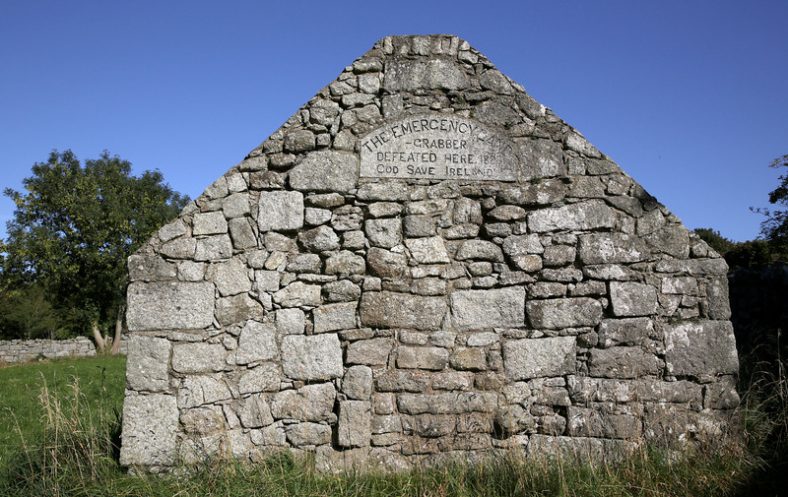