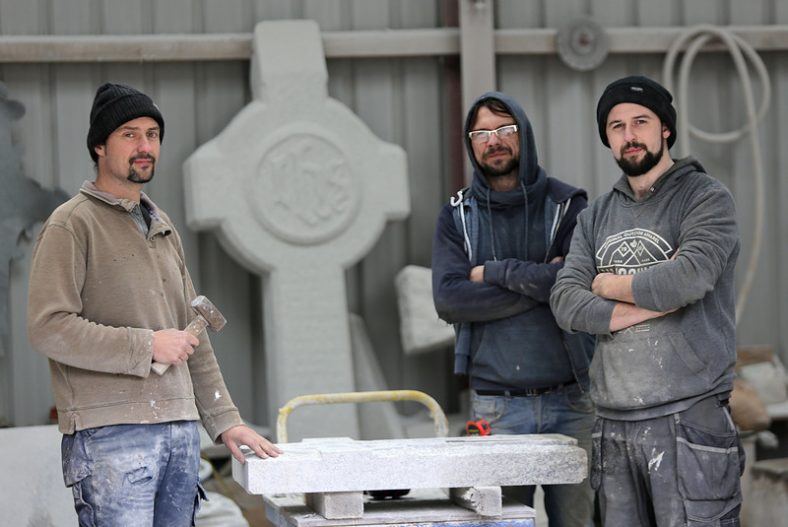 The earliest history of granite quarrying and stone cutting is to be found north of here in Golden Hill near Manor Kilbride. However, when supplies dwindled, in the early 19th century, the tradition, and most likely those associated with it, moved to Ballyknockan. Christopher McEvoy started quarrying in Ballyknockan 1840 and the business was registered in 1865. They are the fifth generation of stonemasons at the Ballyknockan Quarry. 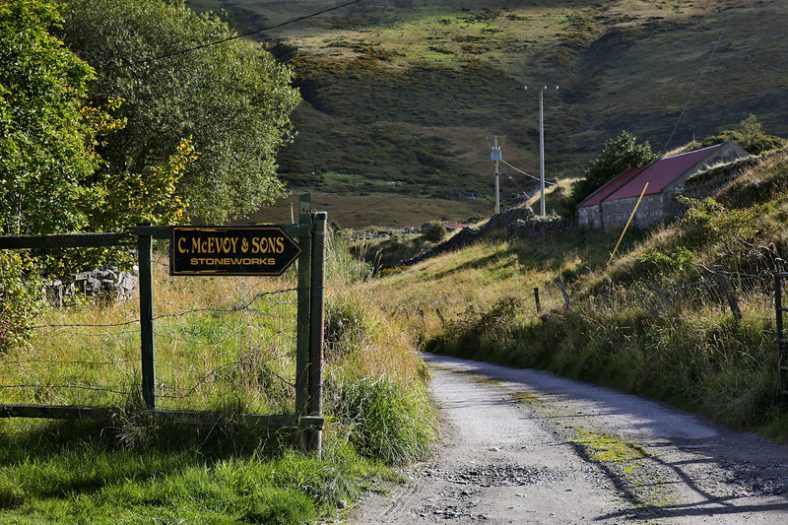 The granite of many impressive buildings in Dublin city and county comes from Ballyknockan Quarry. Granite-quarrying and stone-cutting in Ballyknockan owe their origin to a second great wave of public building in Dublin, which began in the second quarter of the 19th century.

One of the first big commissions awarded to Ballyknockan was for the stone used for the Jesuit Church of St. Francis Xavier in Gardiner Street. It is said that the Jesuits supplied the Ballyknockan men with their first cart for drawing the stone, and it was called the ‘Francis Xavier’. Ballyknockan Granite was also used in Amiens Street and Connolly Street Stations, Pearse Street Garda Station, Nelson’s Pillar, the Bank of Ireland in College Green, the Customs House, the Four Courts, the War Memorial at Islandbridge Trinity College and the Fusiliers Arch at St.Stephen’s Green, which commemorates soldiers from the Royal Dublin Fusiliers killed during the Boer War.

The granite was transported to Dublin by pony and cart. Originally these could only transport 500kg of granite at the time but they later acquired larger carts and could move up to 1 tonne of weight. It would normally take a day to transport each load to Dublin and there were a number of stations along the way, where the horses could be fed. These stations were distinctive as the troughs were often made of Ballyknockan granite.

The quarrymen were skilful labourers who cut the stone from the bare mountain with wedges and sledges. The blocks of raw granite were transported to the elitist stonecutters who worked in sheds at the quarry’s edge. These men had completed a seven-year apprenticeship. It was not possible to enter an apprenticeship at all if your father or a close member of your family was not already a stonecutter. Times have changed and only recently an apprentice has been taken on at Ballyknockan Quarry for the first time since 1952. 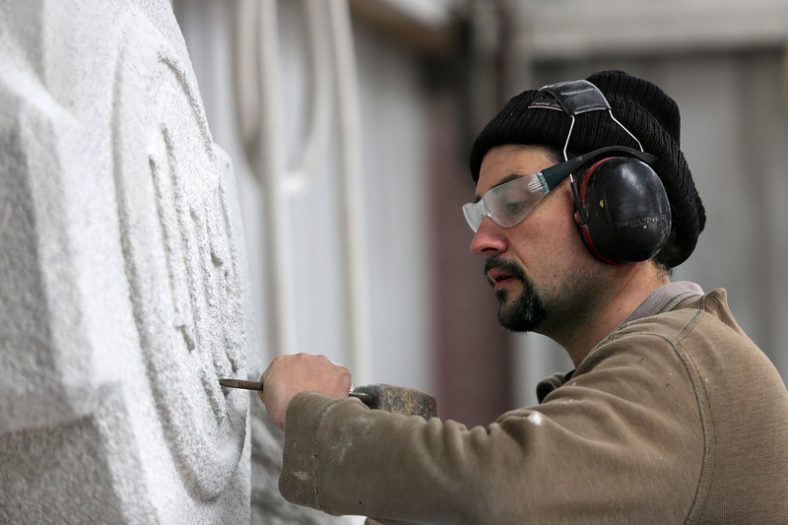 Following the 1916 Easter Rising, granite from the local area was used to help rebuild Dublin. As well as repairing most of the city’s paving, Ryanstone Quarries in Blessington did a lot of the repair work including at the GPO, Leinster House and a number of buildings around O’Connell Street, using Ballyknockan granite. The GPO was originally built in 1818 at a cost of £50,000 and is the headquarters of the Irish Postal Service. Designed by Francis Johnston in the Greek revival style the majority of the construction is in Wicklow granite. This tradition of rebuilding after unrest continued in subsequent years with local quarries utilised in the restoration of the Four Courts after the Civil War. Local granite was also used in the construction of the 1916 Centenary Chapel at Glasnevin Cemetery.

Local folklore surrounds the origins of two unfinished Ballyknockan pieces. A lion stands guard outside Granite House, home of the McEvoy family. This piece was rejected many years ago as part of the entrance to Stormont, the seat of the parliament of Northern Ireland, because, it was said, the lion was not impressive enough. Higher up the hill, the figure of the Virgin Mary, apparently refused by a priest who commissioned it for his church, because the infant Jesus was held on the right, rather than the left side. Another version of the story is that the cleric died before the work was completed and so it was never delivered. 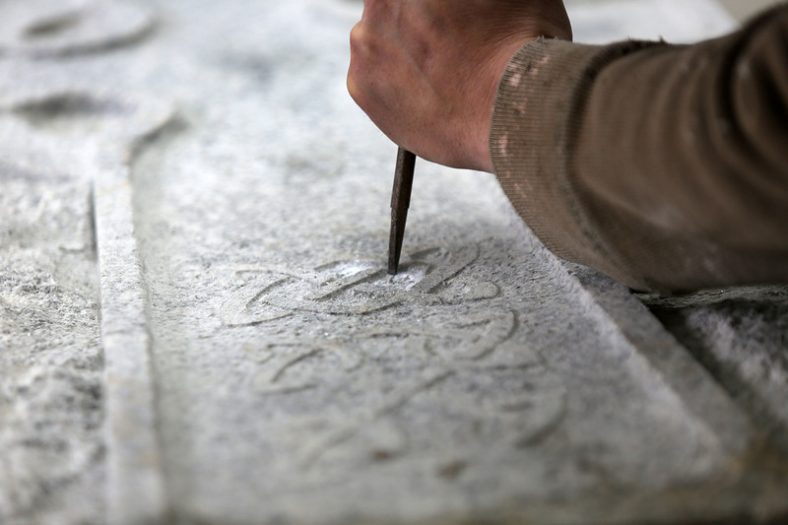 The Michael Collins memorial was built using local granite in 1965. The original piece selected was rejected because a piece of granite with no cut-marks or tool-marks was required. A piece of granite that was deemed acceptable was finally located up the Glendalough Road. One of the first Liber cranes in Ireland lifted the stone onto the truck for transportation to Cork. There was some calamity on route as firstly the crane broke down and then the lorry. It eventually reached its destination in 12 days and was placed by the quarry workers. Michael Collins was reported to have a deep affection for Wicklow and its people.