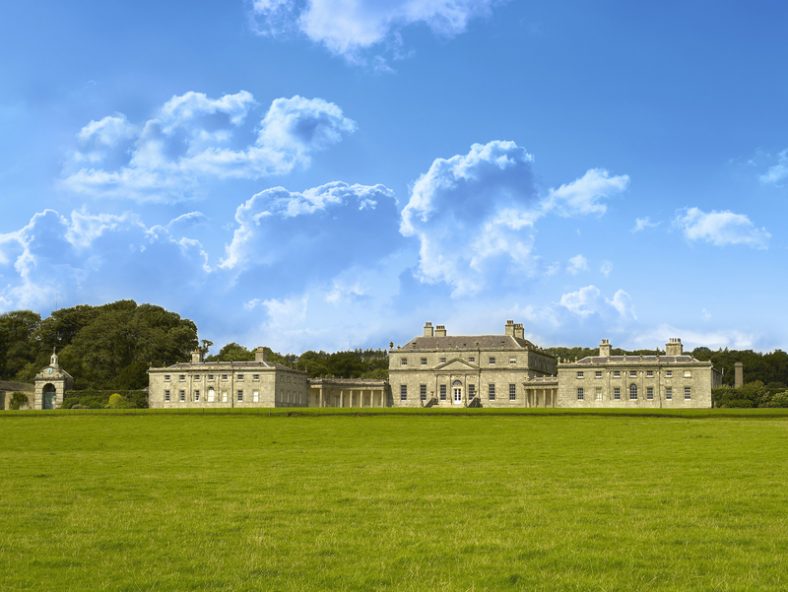 Russborough House & Parklands is a Palladian mansion built from local granite in the 1740’s for the First Earl of Milltown and is one of the best preserved 18th century buildings in the whole country.

Russborough offers one of the finest guided house tours in Ireland. From art lovers to historians to the curious passer-by, the tour will leave you feeling inspired with so many things to admire from the beauty of the almost 300 year old Lafranchini ceilings & stucco work to the wonderful collections of paintings, tapestries, porcelain, furniture and silver.

Having survived robberies in the 1970s and 1980s and a fire in 2010 the house lives on for visitors to enjoy through the expertise of wonderful local tour guides. Each guided tour lasts nearly one hour and is wheelchair friendly. Artworks include not only paintings from the renowned Sir Alfred Beit collection but also original works commissioned for the house by the First Earl of Milltown in the 1740s.

To complement the guided tour is a self-guided exhibition which features photographs and film taken by Sir Alfred Beit during his world travels in 1924 & 1925 including many fabulous 3D photographs of people and places dating back to the early 1920s. In addition , a new exhibition features 100 years of life at Russborough including the people who owned, lived and worked in and around the ‘Big House’ and the numerous events that shaped its history and heritage from 1916-2016 including robberies, fire, parties, country fairs ,famous visitors and the restoration of important historical features on the 200 acre estate. 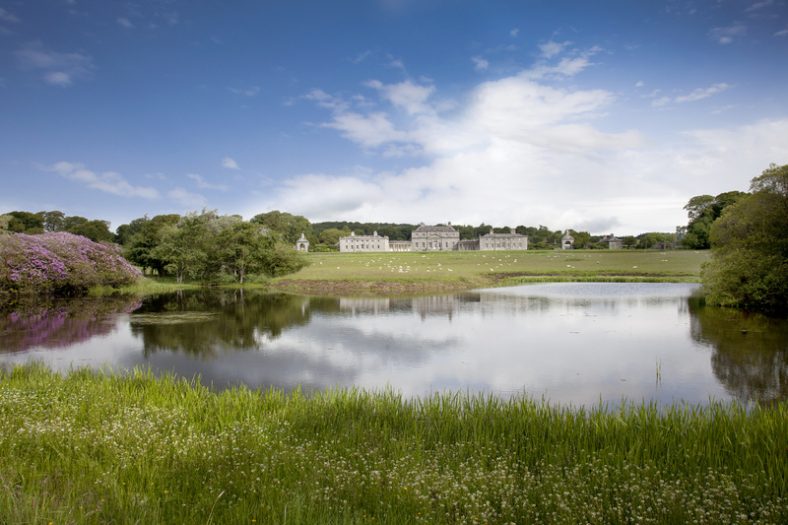 Outside the house and exhibition centre are parkland & woodland walks; a beautiful flowering rhododendron garden in May and early June each year; the 4 acre 18th century walled garden being restored by volunteers of the Royal Horticultural Society of Ireland; a 20,000 sq ft head high beech Maze; a children’s playground and fairy trail; and for those interested in crafts there are on-site artisans with a range of skills from blacksmith, to stone mason, to ceramicist, to weaver, to candle maker to word turner and wood sculptor.

In Summer months there are regular sheepdog demonstrations by a local sheep farmer and a Bird of Prey centre. The central reception area has a retail shop and award winning tea rooms to rest up & enjoy a light lunch or just tea & coffee after all the walking, playing, tours and exhibitions. There is ample secure parking on site.