You are here: HomenextPlacesnextBRAYnextA History of Travellers

A History of Travellers 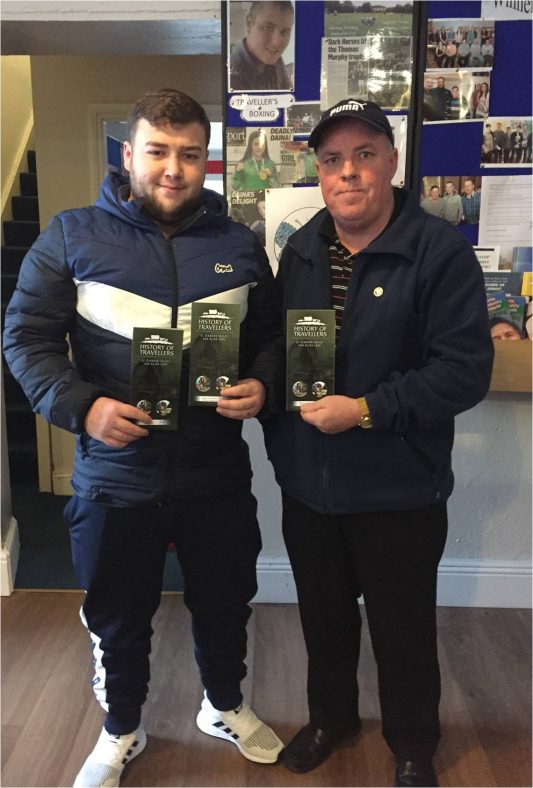 A leaflet recently compiled by Bray Travellers Community Development Group and Bray Tidy Towns sheds light on the significance ‘The Well’ on Blind Lane in Bray. A plaque has also been erected on site so that the cultural significance of this area for travellers may not be forgotten.

The spring/well is situated on what is known as the Blind Lane/Love Lane in the Diamond Valley/Slang area on the outskirts of Bray on the Upper Dargle Road. It is culverted into the Countybrook stream/ river. The Diamond Valley area was largely common land as can  be  seen  from  the  attached old map. According to local accounts this was historically a place where travellers camped, sometimes in large numbers.  Jim  O’Brien  who  is the manager of the Bray Travellers Community Development Group remembers sizable groups of travellers camping in this area in the 1960’s and 1970’s, they camped along the river and at the  end of the lane and on the roads leading   from the Blind Lane, which borders the Vallombrosa Estate, towards Fassaroe, Old Conna and onwards towards the foothills of the Dublin Mountains. 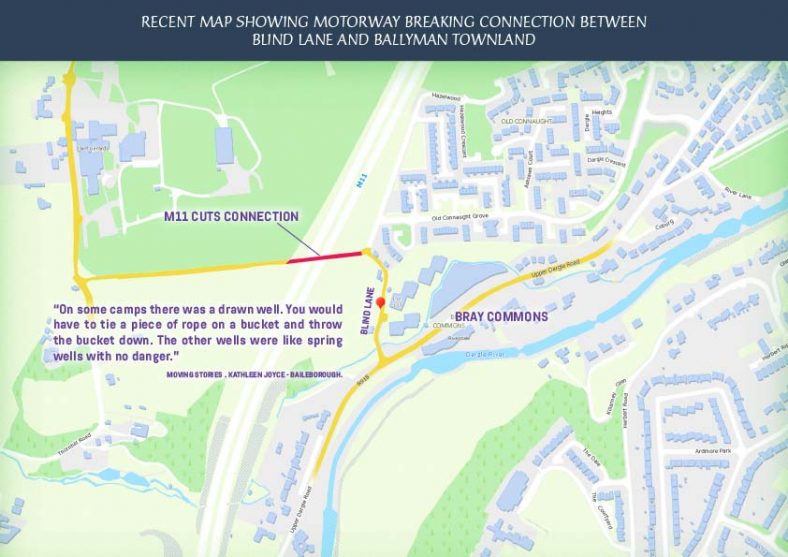 The Blind lane was part of a well used travellers route. Ben Lynch who lives with his family at the top of the Blind lane in a house called Sally’s Rest has memories of this area and the spring/well being used by travellers in his fathers time. In order  to keep the water clean and usable at the spring/well Ben remembers his father filling a mattress with  lime and allowing the water to flow through it to make it clean. Ben also remembers that his father tended to the well by putting some of the  stone work around it. Other local oral sources named  by Jim O’Brien remember the area being well used by travellers going back more than sixty years. A local historian would put the use of the area as dating back at least to the 1940’s. The area at the Dargle Road end of the Blind lane was common land at the edge of the Urban spread of the Bray Municipality and borders the Vallombrosa Estate. It is understood from Jim that Fassaroe estate has the largest number of settled travellers in Co. Wicklow. 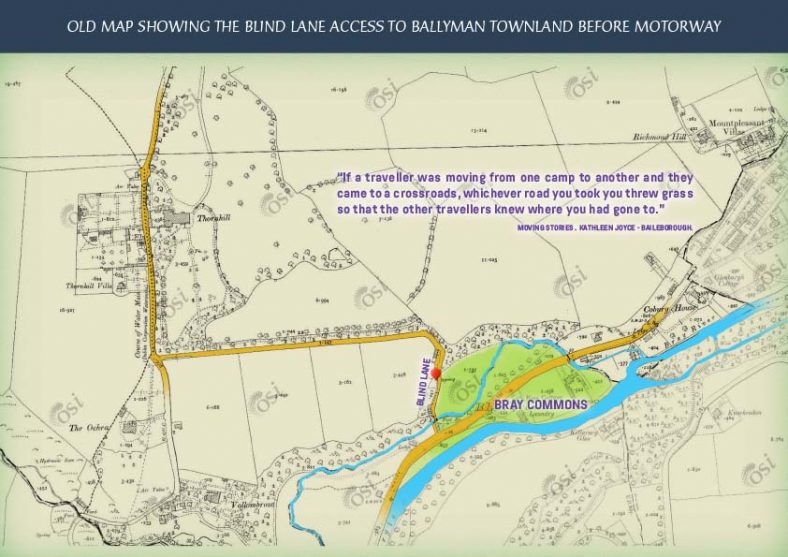 Plaque erected at the Well

When Bray Tidy Towns were out clearing around the Blind Lane which leads up to the back of the Fassaroe estate where a number of traveller families live a well/spring was re-discovered.

This well is in Diamond Valley which is close to an area called Sally’s Rest, where traveller families have lived and recently they have erected some iconogaphy to commemorate some of their departed family members. Thinking that this spring/well’s connection with travellers should be noted in some way, and to give a sign of the engagement between the travellers and their cultural heritage a group came together including Jim O’Brien Manager of Bray Travellers Community Development Group (BTCDG), Majella Breen who was a programme manager with the group, Bray Tidy Towns and Marie Everard who had worked with BTCDG. The  spring/well was discussed and visited. We talked about whether  it was possible to bring the spring/well closer to travellers consciousness by putting a plaque to mark the site. Jim felt that it was a ‘no brainer’ and that it would be a good 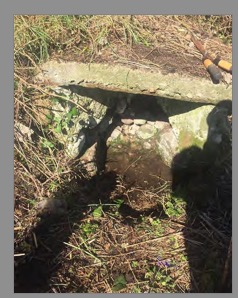 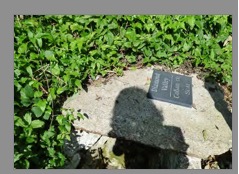 Together we came up with the idea of a small plaque with the name of the area ‘Diamond Valley’ it was to be engraved in hand lettering and also felt that it would be appropriate to put a meaningful word on the plaque in travellers language ‘Shelta”**. The plaque was to be visible but discreet and in time its location would be known to the travellers in the area and could be a place where their historical presence was commemorated to add to a sense of their belonging in the area.