You are here: HomenextPlacesnextBRAYnextPercy French - 100th anniversary of his death

French was editor of the “Jarvey” a weekly comic and contributed to the “Cyclist” edited by Richard McCreedy from Valambrosa, Bray.  Percy gave Richard a wedding present of a painting called “Mayo Mermaids” (below) – the painting was sold at a Dublin Auction house for €40,000 in 2008. French was a member of the Ohne Hast Cycling Club and was the referee of a game of cycling polo played on Bray Seafront in 1906. (Cycling polo is the only Irish-invented sport played at the Olympics). 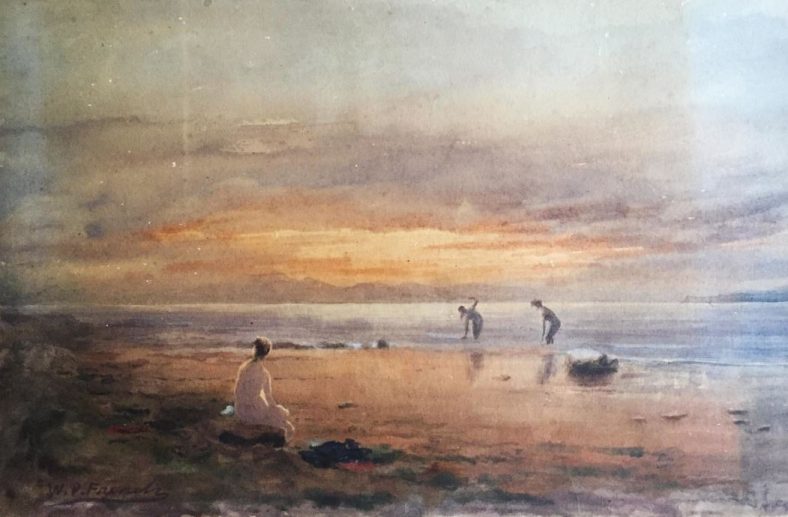 French’s friend and fellow composer was William Alexander Houston Collinsson, and they created many music scores together.  They toured North America, West Indies and Europe (England, France and Switzerland).  In 1884 William was organist in St Paul’s Church, Bray. He was born in 1865 in Dublin and died on 1/2/1920 in Wales. He took Holy Orders and conducted Percy’s funeral at Formby in Lancashire a week earlier.  Another Bray connection relates to Percy French’s sister Emily, who was a nurse in the Bray Military Hospital (Princess Patricia Hospital ) formerly International Hotel and now Bray Bowl. 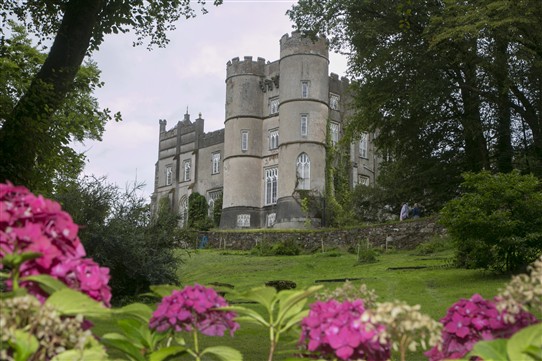 Percy French gave a number of concerts in County Wicklow: the Assembly Rooms in Wicklow Town and the Assembly Rooms and Arcadia Ballroom, Bray. The concerts were in aid of soldiers’ comfort funds in WWI. Two of Percy’s brothers Arthur and Henry fought in WWI. Percy also gave a concert in aid of flood relief in Bray following the 1905 Flood. 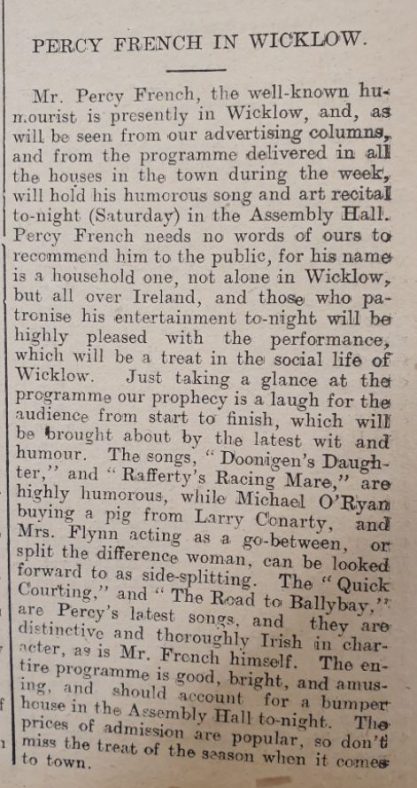