You are here: HomenextPlacesnextBRAYnextRomans In Bray

In 1935 during construction work along the shore of Bray several human skeletons where found.  It is said that upon contact with the air the old bones crumpled to dust. The bodies had been buried in long cist graves and had Roman copper coins placed on or near their chests. The deceased where carefully and intentionally placed in the graves with flag stones placed between each body. The coins found in the graves depict images of the Emperors Trajan (AD 97-117) and Hadrian (AD 117-138). Which is what lead people to believe that those inhumed in the graves where of Roman decent.

There is some contention over where exactly along the shore the graves where found. It was George Putland’s (a prominent and wealthy family in Bray) workers who found the burials while working on a gate for his home. For this reason it is commonly believed that the burials where located somewhere under the current Esplanade Terrace houses. The houses where build circa 1870 and where likely designed by J. & W. Farrell Architects. 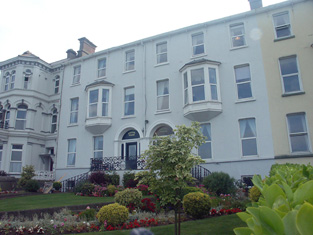 The only dates we have for the burials are based off of the coins that were found in the graves. Roman coins where created to depict the ruling Emperor of the period. The coins found in these burials depicted busts of Trajan and Hadrian suggesting that those inhumed in these graves where laid to rest either during or after Hadrian’s reign.

Trajan Coin AD 91-117 (For reference only, not actual coin found)

It has been noted that the dead where conscientiously placed in their graves with care taken to place flag stones between the bodies and coins on their cheats. Suggesting that these people where not haphazardly buried as you would usually see with those slain on a battlefield. This would suggest that these people did not die in battle but in some other manner. It would also suggest that those who buried them had some personal connection to the deceased as they took such care in burying them. The coins where likely placed as an offering to Charon, the ferry man, for the safe passage of the soul across the river Styx.

The discovery was described in great detail by Dr. W. H. Drummond during which he stated: “On the exposure to the air, the bones crumpled to atoms; the teeth alone were more durable, and in tolerable preservation.” Interestingly I have been unable to come across any other mention of surviving teeth in my research. It is a shame as isotopic analysis could have been performed on the teeth to provide us with much more information on the ethnicity and nationality of those interred. Further testing may have also given us information on when exactly these bodies were placed in their graves.

Some believe that the presence of this burial confirms that Romans did indeed invade Ireland, but that may not be entirely true.  It could be that a Roman galley was wreaked along the coast of Bray and the survivors buried their shipmates. But others have stated that, taking into account changing sea levels, the location of the burials could have much farther from the coastline then it is currently. At the time of their discovery the burials lay 85 meters from the high water mark; this distance may have been much greater in antiquity. 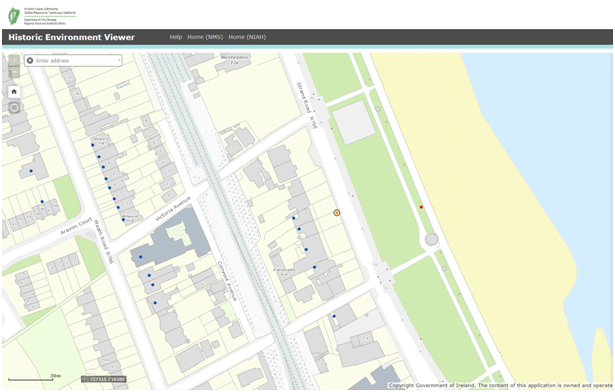 The coins confirm that the burials are from a period after 117 AD during which time Rome was still occupying Britain, it is therefore possible that there was a Roman trading post in nearby Ireland. Whether or not Romans did invade Ireland the discovery of these burials does at least prove that there was communication between Ireland and some part of the Roman Empire in a period after 117 AD.

We will likely never know what happened to these people. Where they came from or how they died. There is very little information available on the burial and, to my knowledge, no information available on what happened to the artefacts which survived the exhumation (it is very likely that they were taken home by those who uncovered the graves, a very common occurrence in Ireland during this time). It is a shame that further research could not have been undertaken with the technologies available to us today to shed some light on these people. Any evidence which may have survived is likely hidden, buried deep under the old Victorian houses which now stand facing out to the ocean, on the site where these people where once laid to rest.

“A few years ago G. Putland, Esq., of Bray, had occasion to build piers for a gate contiguous to the sea beach, on the north side of Bray Head. His workmen, on digging for a foundation, where surprised to meet with the skeletons of several human bodies, which on further examination, they found to be placed, no confusedly heaped together, like the slain on a battle-field, but in graves placed regularly side-by-side, and separated each from its neighbour, by thin partitions of flag or stone. On the exposure to the air, the bones crumpled to atoms; the teeth alone were more durable, and in tolerable preservation. The most remarkable circumstance connected with these skeletons was a number of Roman copper coins, one or two of which lay on or beside the breast of each. Of these coins, which were about the size of our penny pieces, some bore the image and superscription of Adrian [Hadrian] and others those of Trajan, in clear and distinct relief.”

Archaeology Ireland: A Note on the Location of the Roman Burial Site at Bray, Co. Wiclow by K. Mary Davis