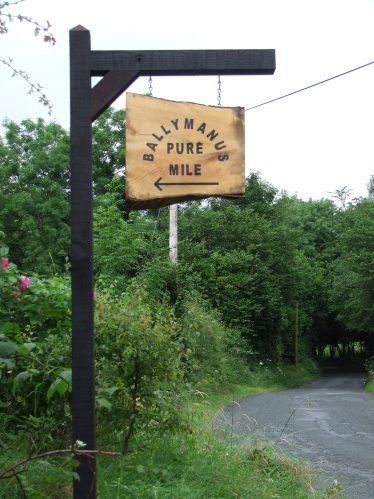 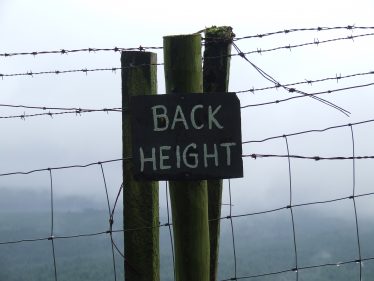 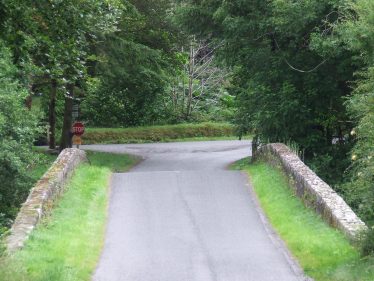 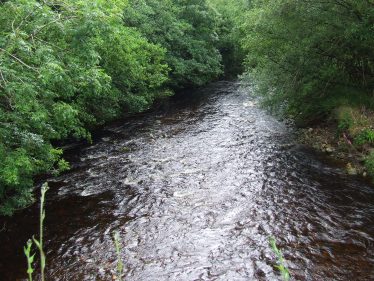 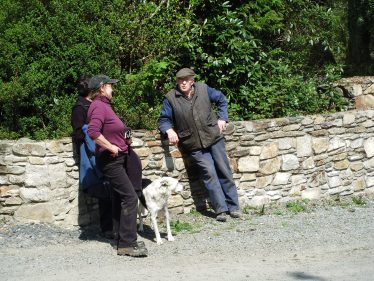 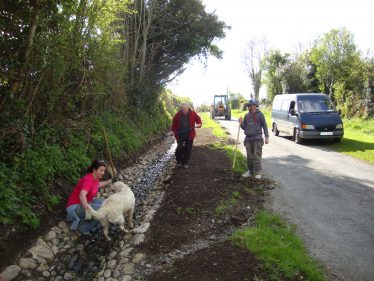 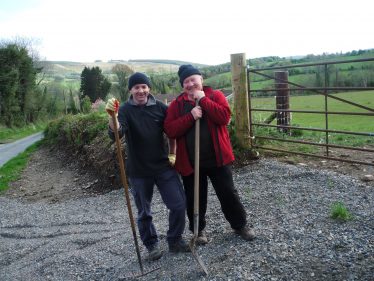 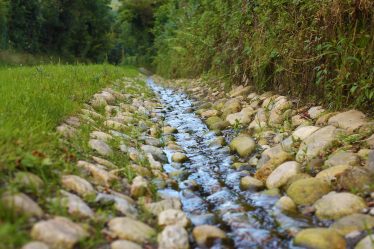 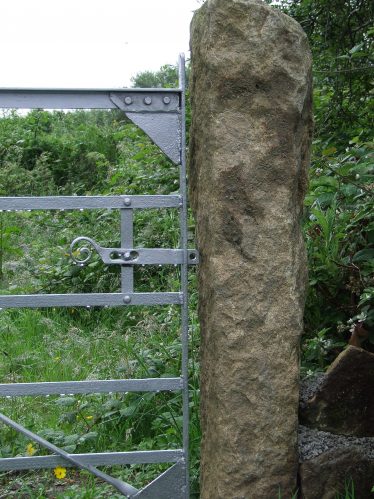 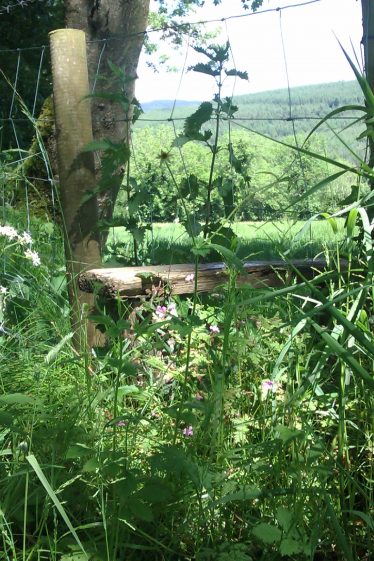 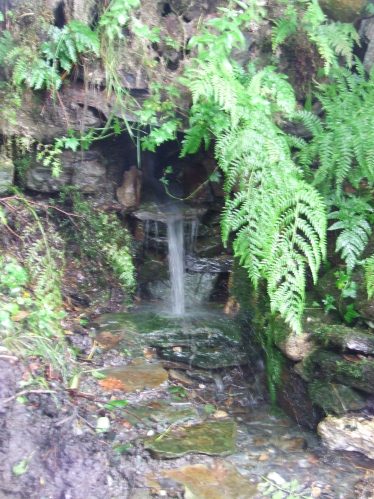 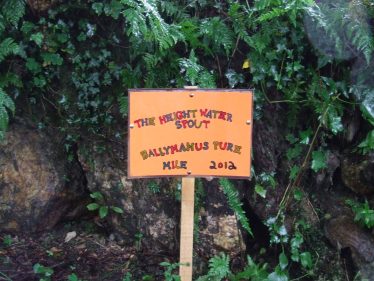 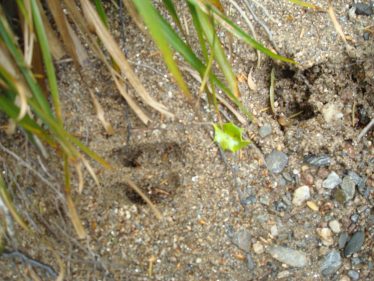 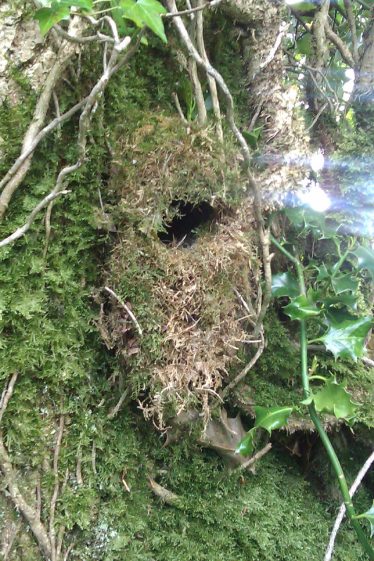 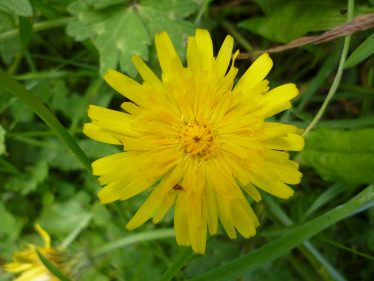 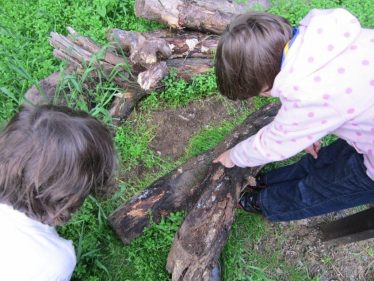 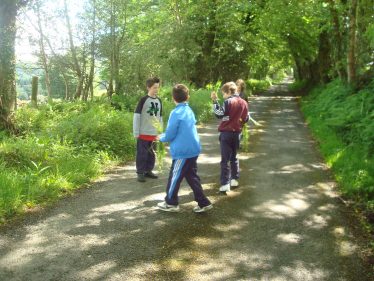 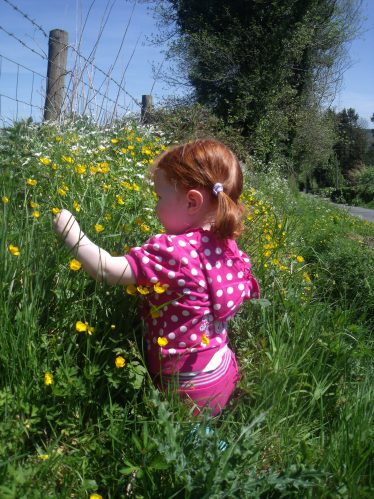 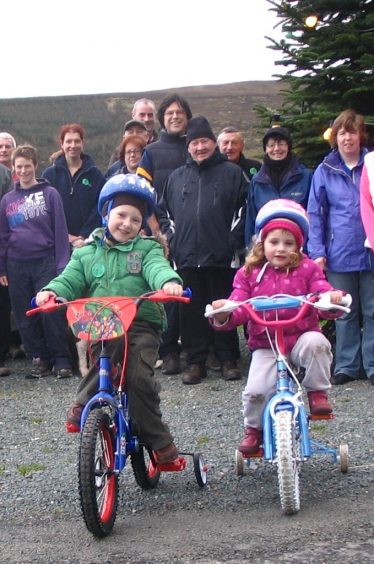 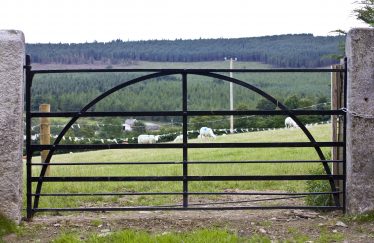 The Mile starts at the bog gate in the South and ends at Ballymanus Bridge at the Northern end.  The bog gate is at the boundary of the meadow called ‘Black Height’ and the road runs SE past the ‘Quarry’ field and ‘Brady’s’ field on the left through a tunnel of overhanging trees with the rough pastures of Ballymanus Hill on the right.

Ballymanus is situated four miles from Aughrim, eight miles from Tinahely and five miles from Knockananna.

The Mile is surrounded by hills and is situated between the townlands of Cappagh in the NE, Coolballintaggart in the NW, Askinagap in the West and Askakeagh and Preben to the South.

There is a restored waterspout along the Mile which played a vital role in the past in the care of stock and residents.  Across the NW fields there is a ring fort in the townland of Coolballintaggart.  Past this there is a field on the right which is reputed to be the site of Castle Lawrence.  Conor O’Brien a historian questions whether the castle was ever built.  However, many castles were destroyed in the wars of 1640’s.   There is a mention of a house being on the site as early as 1600.

Downhill from Ballymanus House the ‘Long’ field is on the right and the ‘Five Acres’ field is on the left past the ‘River’ field and the Mile ends at Ballymanus Bridge.  The bridge over the Ow River was built in 1823, partially destroyed in 1940 and 1960 and subsequently restored.

This is the home of Billy Byrne one of the leading figures in the Ballymanus Corps and was in action in the Battle of Arklow on 9th June 1798. He was kept in Wicklow Gaol and was executed in Gallows Lane off Wicklow Abbey Street on 26th September 1799.  A monument to Billy was erected in the Square in Wicklow town.

This a freestone large mountain stream flowing over granite at the bottom of a glacier valley.

There are fish in the river including Small Brown Trout which live off insects in the river.  At night bats such as Pipistrelles or the Brown Long-eared variety come out. During the day birds such as Grey Wagtails and Dippers can be seen working the river. Kingfishers have been seen here on rare occasions.

Trees bordering the river include the Alder and the Willow.  The reddish timber of the Alder is known as Irish Mahogany and its timber was also used in Ireland to make sluice and lock gates along the canals.  There are some Ash trees which are useful for tool handles and hurleys.  Flowers along the river include white Anemones and Bluebells which flower in late Spring.

The area abounds with hedgerows which were mostly planted in 1700’s and 1800’s when land had to be divided among tenant farmers to  cordon off their land.  Trees in the hedgerows and beyond include the Hawthorn, Whitethorn, Thornquicks, Hazel, Holly, Ash, Birch and Sycamore (whose seeds form ‘helicopters’).

Bird and bat boxes were constructed at various locations.

Opposite Ballymanus House stretching 200m left and right of the house a restored cobblestone drain lies and measures four foot in width. This fine structure was built to keep the water clean and it now forms part of the local heritage. It was revealed by the Community during their preparation work for the PURE Mile entry in 2012.  To complete the task and to expose the workmanship of the drains the stones were washed and missing ones replaced. This work was carried out with commitment, passion and devotion by the community.

Two years after founding of GAA nationally the Billy Byrne’s GAA club was formed in Ballymanus and the members down the years played in several locations including ‘Kenny’s’ field adjoining the present pitch, in ‘Billy Doyle’s’ field opposite the community hall, ‘Evans’ field and ‘Lar Byrne’s’ field beside ‘Browne’s’ field.   The ‘Billies’ reached the finals in 1888 and 1890, and won their first championship in 1929. They won a Junior Championship in 1980.

Also Paul Kenny a Ballymanus football player holds an Olympic Gold Medal as member of the Irish Soccer team winning the competition in 2011.

According to Liam Price there may have been a castle in a field called the ‘Castle’ field.  Laurence Esmond was granted lands in Ballymanus in 1628.  As many castles were destroyed in the wars of 1640’s Conor O’Brien a historian, suggests that any castle in these fields may have been destroyed at this time.  There was a relationship between the Esmonds’ and the Byrnes’ or O’Byrnes’ for six or seven hundred years from the 1100’s.  Castle Laurence if built, was most likely built as a fortress to control the Esmonds land in Ballymanus and surrounds.  The castle may have hadthe Church of Rosahane on the Esmond lands near Macreddin as its Chapel.  In 1700 the Esmond family fortunes were in retreat and a lease was granted to Garrett Byrne in the locality.

Photographs taken by the Community to prepare for the PURE Mile and together with local students drawings they were exhibited in the Hall in Askinagap.  There is also a Ballymanus Facebook page.

Ballymanus was Joint Overall Winner of the 2012 PURE Mile.