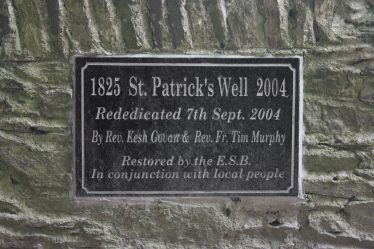 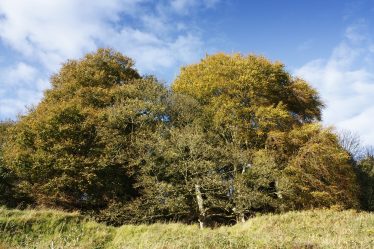 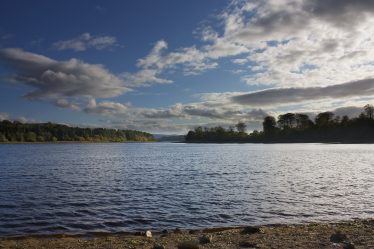 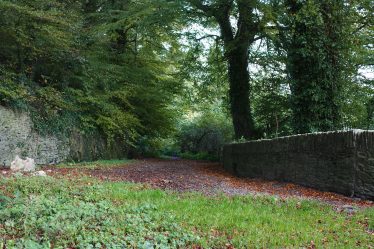 zoom
Wooded walkway to the well
The Pure Mile 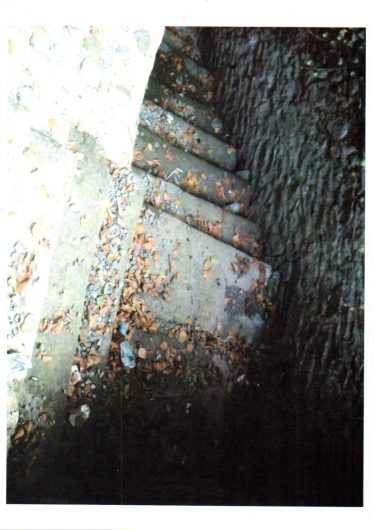 The Mile consists  of a section of road,  and a section of walkway down to Blessington Lake.  This walk is part of the Blessington Town Heritage Trail.  Along this Mile one comes across an old schoolhouse and a well. This well is called St. Patrick’s well. In the past it was common in Ireland to name wells after St. Patrick or St. Brigid to highlight their importance in religion and folklore.

The well supplied water for the town of Blessington in the 19th century. The abandoned walkway originally led to a corn mill and the Blessington Bridge over the Liffey.  Both the bridge and the mill were covered by water when the Poulaphouca reservoir was created, they are marked on the Ordnance Survey 6” maps, which are available at www.osi.ie

Blessington Community College transition year students cleared the surrounds of the well allowing it to be considered as an important part of the Heritage trail once more.

This area is heavily wooded and there are pine and oak trees around the Well. The maps drawn by the Ordnance Survey teams in the 1830’s are dotted with Holy wells, which are in evidence countrywide. Most of these wells are named after St. Patrick or St. Brigid and occasionally other saints.

It is envisaged that each year the new transition year group will continue to maintain access to this important Well.

Members of the Blessington Community College Transition Year won 3rd Place in the Natural Environment Category for their project which was entitled: “Preserving our Heritage”.

St. Patrick’s Well was a water supply for the town in the 19th century. The surrounding area, known as St. Patricks Well, has an abandoned roadway, which originally led to a corn mill and Blessington Bridge over the Liffey, both of which were covered by water when the Poulaphouca Reservoir was created.

When St. Patrick came to Ireland he baptised a huge number of people using water.  The water gave them a new life, that of Christianity.  Whatever pagan rites or beliefs there had been were assumed into the new religion.  During Mass water was drunk for the celebration by the people celebrating. This water was taken from its purest source.

In the Island of Saints and Scholars these wells spread rapidly and were often located near old churches and communities.  The maps drawn by the Ordnance Survey teams in the 1830’s are dotted with Holy Wells all over the country which is called after St. Patrick or St. Brigid or other local saints.

There are two types of trees down at St. Patricks Well, these are oak trees and pine trees.

Oak Trees: Oak is the wood for cut timber. Oaks are cultivated for ornament and are prized as the major source of hardwood lumber. The wood is able to resist wear or resist decaying also known as durable, tough, and attractively grained; it is especially valued in shipbuilding and construction and for flooring, furniture, railroad ties, barrels, tool handles, and veneer.

The bark of some oaks has been used in medicine, in tanning, and for dyes. A symbol of strength, the oak has been revered for both historical and mythological associations.

Pine Trees: These are evergreen conifers that can be found throughout the world. In past ages in the history of the globe they formed a more predominant feature in the vegetation of all latitudes than at present and it is probable that if our knowledge of these fossil forms were more complete there would be found to have been even greater variety among them than among those that remain to us.