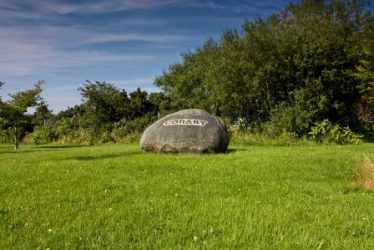 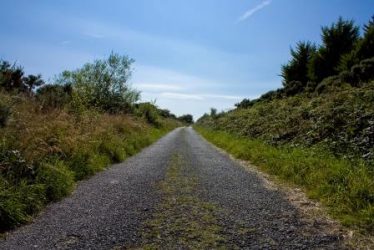 zoom
Along the road
PURE Mile 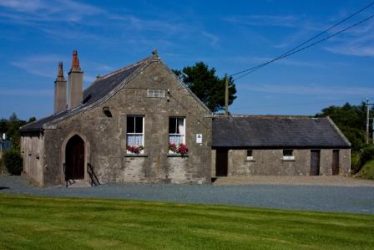 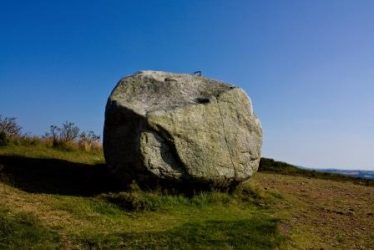 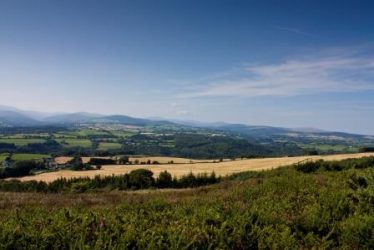 zoom
Across the Mountains
PURE Mile 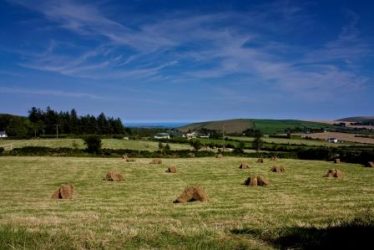 The word Conary comes from the Irish word “Comhgaire” which means meetings.
The Pure Mile starts at the Community Hall passes by St. Bartholomew’s Church and ends at the Motte Stone.

The Community Hall was built in 1889 and was originally a schoolhouse where the school teacher also lived.  There were stables at the back where various Rectors would tie up their horses having probably travelled from Avoca.

St. Bartholomew’s Church was built between 1856 and 1859 by a Mining company for its miner employees who were Welsh and Cornish.
According to the Conary Community website the early services may have been conducted in Welsh.  In 1892 the church was rebuilt by Rev. J.M. Robinson Rector of Castlemacadam.

The Connoree Copper Mines which were an integral part of Conary are still much in evidence and the fenced off spoil heaps still lie near the ruin of an old tower.  This tower served a dual function of hauling up ore and pumping water.  At least eleven deep shafts punctured the hill and the mines produced many tons of copper during 1832 and 1884.

The Motte Stone lies off the road at the end of the Pure Mile. The word ‘motte’ comes from the French ‘motie’ which means half. There is a track leading to the stone which is a legacy from the Ice age.  The area around the monolith commands a strong view of Co. Wicklow and sometimes, under favourable conditions,  the Welsh skyline can be seen.