Dunganstown Castle, as can be seen today, was built around 1610 by Sir John Hoey and strictly speaking is a fortified house. Previous to this it was owned by a man called Dongan, described in 1542 as a rich Dublin merchant and it is likely that this is how Dunganstown got its name.

There have been a number of famous visitors to Dunganstown Castle; King James II is said to have visited on his retreat from the Battle of the Boyne in 1690 and is said to have sat in the garden on the “wishing chair”.

Sir Francis Bacon is supposed to have resided here for a time and some say he was the real writer of some of Shakespeare’s plays. Could they have been written here? 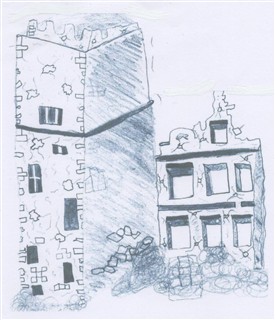 Lord Effingham, High Admiral of the Fleet, took advantage of Dunganstown for his naval campaign in Irish waters against the Spaniards. Also, Sir Walter Raleigh, of tobacco and potato fame, is reputed to have resided here occasionally.
The castle was destroyed in the 1600s during a rebellion and was never rebuilt.

“The Long Avenue” was originally designed as a wide tree-lined vista to be viewed from the castle and facing upwards to Castletimon Hill which was the castle’s deer park. 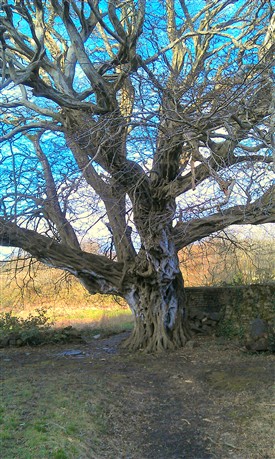 One of the rare trees in Dunganstown is the Hornbeam thought to be 400 years old and the oldest living exotic tree in Ireland. If it had eyes, it would have seen the 1641 rebellion, the burning of the castle, the Cromwellian wars, the flight of King James from the Battle of the Boyne, the rebellion of 1798, the famine and many other historical events. There is also a number of yew trees planted around 1740 and a Yew Tree Walk connecting the church to the castle.

Dunganstown Church occupies the site of an early foundation of the Knights Templar. A religious order which dates back to the Crusades, they were also known as the Poor Knights of Christ. They were granted lands around Dunganstown by Reginald Palmer, Earl Strongbow’s chaplain between 1172/1177. They went on to hold monastic lands here for three centuries. 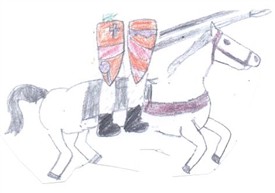 The stained glass windows in the church are: – The Parable of the Good Samaritan, 1872, by O’Connor and Christ Blessing the Children by Catherine O’Brien. They were commissioned by the Hoey family who built the castle. The family vault is also in the graveyard.

The date 1740 over the door commemorates the construction of the tower only. In the 1950s the church was almost completely covered in ivy except for a hole where the key of the door was kept.

It is said that Cecil Frances Alexander, who was born in Redcross and the authoress of the hymn ‘All Things Bright and Beautiful’, worshipped in Dunganstown Church. 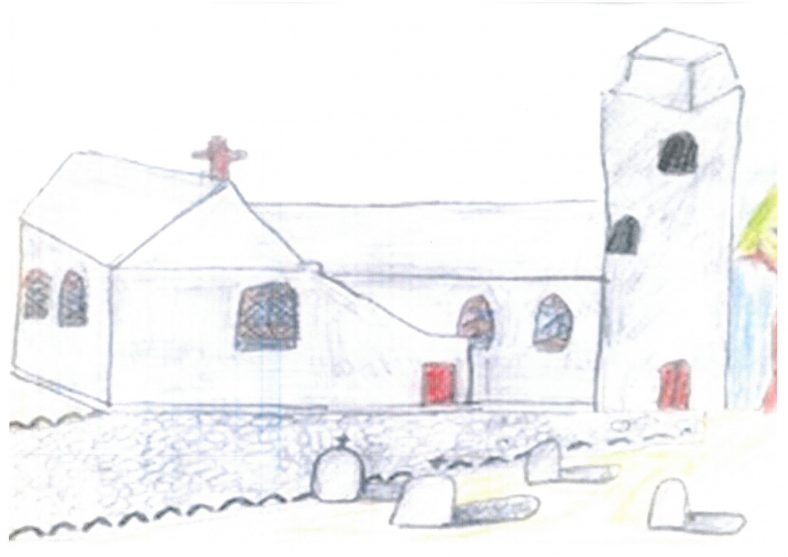 Long ago, Dunganstown was full of tree-lined avenues, of which St. Kevin’s Lane is one. Half way up is a lane known as the Doctor’s Avenue. Local folklore states:-

…. that a doctor who was drunk one night fell over and drowned in a puddle. The story goes that his ghost can be seen as you go by at certain times of night. It became a habit for most locals that they would make sure that they had a good look over their shoulders when passing this point.

Dunganstown was intended to be a planted town with the straight St. Kevin’s Lane possibly being the Main Street. On the 1838 OS map very early settlement in Dunganstown is shown by two ring forts at the bottom of St Kevin’s lane which are no longer visible. 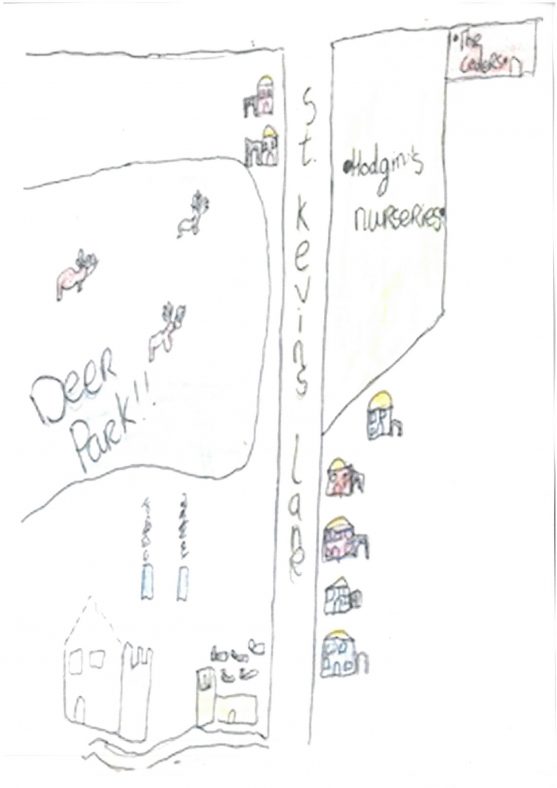 St Kevin was born in the year 498AD and some historians say that there is a strong tradition that he may have been born in Dunganstown and not far from St. Kevin’s Church. Who knows, possibly on the site of the old school? 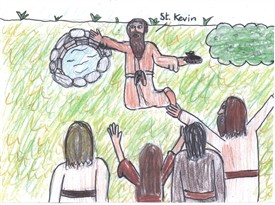 He was famous for his closeness to nature and animals and it is said that a blackbird nested in his outstretched arms while he was praying. Also, when an infant, a mysterious white cow came to his parents’ house every morning and supplied milk for the baby. There is a St Kevin’s Well here and up until the 1860s pilgrimages were held on the 24th June and sickly children were bathed there. Recently discovered is what may be a “dipping shrine” and possibly relating to St. Kevin. It is a rounded stone with a small roughly carved indentation on top which would have been a 6th century holy water font.

Hodgins and his Hollies 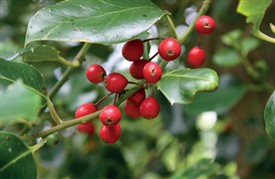 While researching the rare trees in Dunganstown we have rediscovered an internationally famous nursery man, Edward Hodgins ( 1750 -1840), who had a large 16 acre nursery here. He would have supplied the National Botanic Gardens in Glasnevin, Trinity College Dublin, Kilmacurragh Botanical Gardens, Wicklow, most large estates on the east coast of Ireland and even Kew Gardens in London. Edinburgh Botanical Gardens, Liverpool Botanical Gardens and other newly established nursery gardens around England with specimens of his famous hollies. 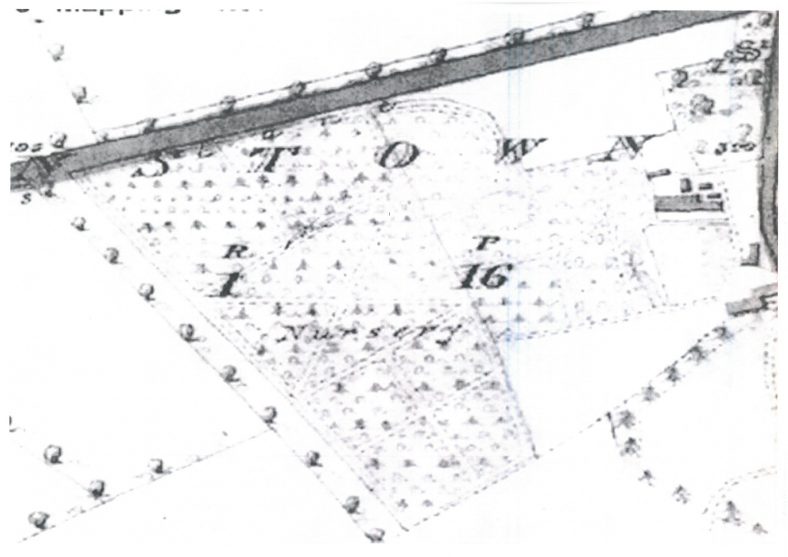 Edward Hodgins propagated many rare trees including the Cedar of Goa, Luscombe Oaks, the rare olive, Picconia Excelsa from the Canary Islands and Madeira. Silver Firs, Red Cedars, Laurels and Bays, Norway and Sugar Maple were some of the specimen trees and shrubs which he cultivated. He had the best nursery collection of conifers in Ireland.

Edward Hodgins lives on in history. The Tree Council of Ireland’s data base describes him as ‘probably the most famous nurseryman in Ireland’. 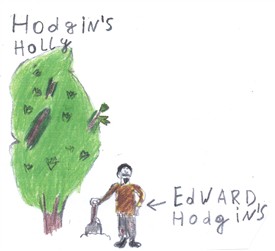 Our thanks to a local resident whose horticultural knowledge has contributed greatly to this project and who continues Hodgins’ work. We have also been in contact with his great-great-great-grandson who helped us with our research.

Long ago there was a blacksmith who lived in the old forge. His job was to make horseshoes and to repair them. There is a round stone that was used for the rim around a wheel of a cart to make it a perfect circle. There is also a cooling trough to cool the horseshoes when they are taken out of the furnace. The bellows are also still here. The old forge was established here in the 1600s and only closed in 1997, Many forges were listed as it was feared that rebels might use them to make pikes. Many of the old gates in the area would most likely have been made here. Somewhere on this wall there is an old boundary marker between Dunganstown and Ballyflanigan the next towniand. Can you find it? 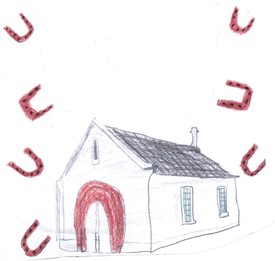 Original drawings and school project were created for the Pure Mile competition 2014 by the pupils and staff of Brittas Bay National school. Local residents also contributed.

As part of the competition The Dunganstown Heritage Trail 1 to 7 is now on view to follow. Trail guides and maps are available in local shops