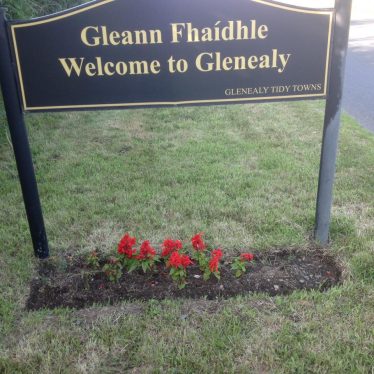 The following information about the village was compiled by the Glenealy Tidy Towns group as part of their research for their entry to the PURE Mile competition.

Glenealy is a small picturesque village located in the Wicklow foothills between Rathnew and Rathdrum. It nestles in a valley surrounded by extensive woodland and is overlooked by Carrig Mountain.

The Glenealy PURE mile extends from the ‘Welcome to Glenealy’ sign, entering the village from Rathnew, and continues to just after the former garden centre.

The first structure you will see is the Eircom sub-station.

Before and After Clean Up

Next is a large dormer bungalow. Many years ago this building was the local national school. Built in 1875, with three rooms, it was then opened in 1876. 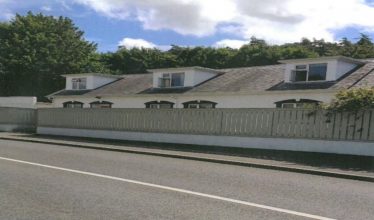 The foundation stone for the new church (French Gothic style) was laid on the feast of St Joseph, 19th March 1868. It has a large spoked rose window and is considered a fine example of Gothic architecture. The old Catholic Church is said to have been burned by Cromwell on his way from Drogheda to Wexford in 1649. The ruins of the old church are in the old Catholic graveyard. 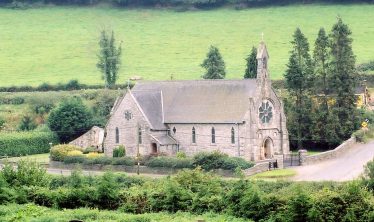 This is where Bianconi coaches serviced their horses. In the 1840s the building was an inn and later McCall’s shop. It was subsequently demolished and formed the site for the row of terraced townhouses that you see on your left today. 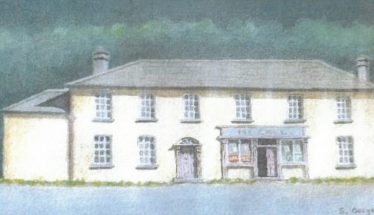 This was situated in what is now a small development of houses called ‘Chesnut Glen’, located beside the bridge opposite Glenealy Garage. It got its name as this was where stray animals were impounded until their owners paid a fee to release them.

The original Old Laager Hall was built in the 1890s up behind the Pound Field around the time of the Boer War. The word ‘laager’, which is a South African word meaning ‘community’, was adopted by men from Glenealy who had returned from serving in the British army. When it fell into decay, the new Laager Hall was built for meetings in what is now Annsbrook estate. Douglas Hyde, who later became the first President of Ireland, gave Irish language classes in the new hall.

Located on your right, if you look closely, on the left hand side wall, you can still see the number ‘24’ chiselled out in the stonework; this represented the distance in Irish miles to Dublin. It was on this bridge that Daniel Cunniam was put to death. One evening (the story goes) he was returning with a cartload of straw when he was attacked by a band of soldiers. He refused to give the whereabouts of a priest who was in hiding. He was sentenced to be hanged and then burned. 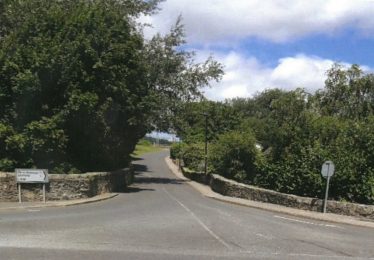 If you look up from the bridge, to your left you can see the top of the church above the tree line. Built in 1791 it was consecrated in 1792. The land on which it was built was given by the Tighe family, who were large landowners. The interior is based on St. John’s College, Cambridge, built like the choir area of a cathedral with the pews facing each other across the aisle and the back rows having recesses and canopies. 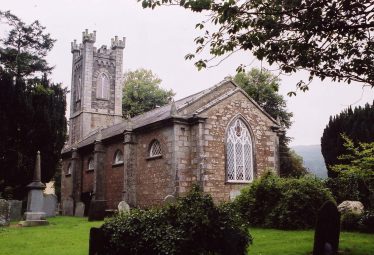 Up from the bridge and around the bend, although not officially on our PURE mile, the hall is included because of its major contribution to the community. Built in 1954, the site included the GAA clubhouse and grounds. The main building was refurbished in 2012 and an Astroturf all weather court was added to the facilities.

On your left just up from Glenealy Garage is the village inn, which is traditionally called after its owners. It was originally established in 1792. At present it is known as ‘Kings’ after its present owners, Peter and Mary King. 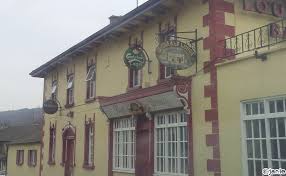 Glenealy once had 4 shops, a post office and 2 filling stations. This is now reduced to one shop, Browne’s Village Store, which contains a sub-post office, and the filling stations are but a distant memory to older residents in the village. Located beside the Village Store was ‘The Cabin’ which was built in the front garden of a bungalow. It was essentially a newsagent and had the added advantage of selling petrol from 2 pumps at the footpath. 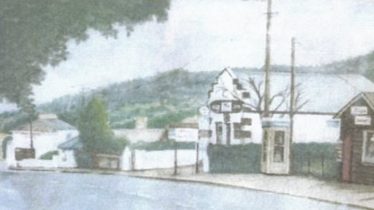 1960 saw the birth of Ballyfree Farm run by American, O. David (known as OD) Philips and his son, Tim. The storey goes that OD was served stale eggs for breakfast at the Royal Hibernian Hotel in Dublin and he saw the opportunity for the marketing of fresh eggs. The derelict Glenealy Hotel, located adjacent to the farm, was purchased and this was converted into a huge indoor hen house. In an innovative move, brown eggs only were packed in cartons of 6 and branded as ‘Ballyfree Browns’. Amongst the Philips’ most successful PR activities was the sponsoring of the Rothman’s International Air Rally from 1967 to 1969. The farm had its own airstrip and pilots flew in from all over Europe and the weekends attracted huge crowds. In 1970 it successfully diverted into turkeys and at its height employed 150 people. In 1986 the Philips family sold it to Kerry Foods who went on to build a new food processing plant for the chicken and turkey meat. This lasted until 2009 when the decision was unfortunately made to close down the operation and move it to other plants within the group. 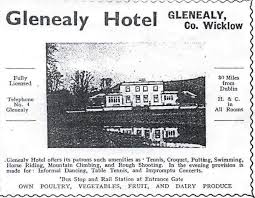 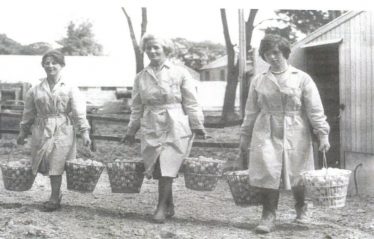 This was built in 1968 at a cost of £18,000. It was opened by the then Minister for Education, Mr. Padraig Breatnach. It was built to accommodate about 80 pupils on a site donated by Mr. OD Phillips of Ballyfree Farm.  A new extension, of 2 classrooms and a general purpose hall was added in 1987 when the enrolment was 148. The present enrolment is 121. The school received its fourth Green Flag in May of this year on the theme ‘Transport’. 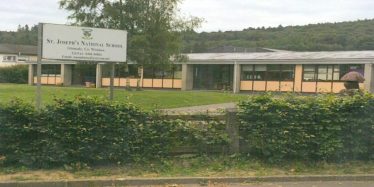 Although the Dublin to Wexford route still runs through Glenealy the train hasn’t stopped at Glenealy Station since it was closed on 17 March 1964. The railway station house is located in what is called Kinsella’s yard on your left just after St. Joseph’s National School; it is now a private house. During the years of the Second World War hotel guests, for Kilmacurragh Park Hotel  nearby, arrived at Glenealy Station and were collected from there in a pony and trap to be brought to the hotel. 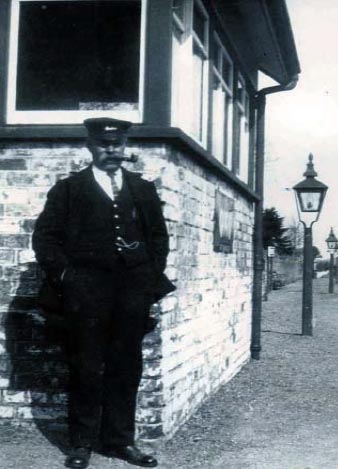 Coming up on your right shortly is Ivy Lodge which was one of the lodges for the Glenealy Hotel, and is now a private house. 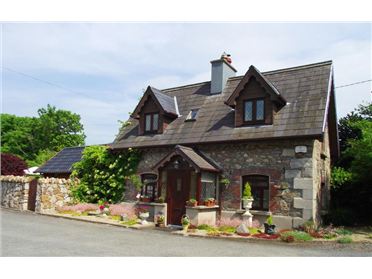 Parts of the mile suffer from quite bad littering. The pupils of the National School do regular surveys and litter pick ups throughout the village as part of their ‘Green Schools Programme’ and will work in conjunction with the ‘Tidy Towns’ on enhancing the PURE mile.