You are here: HomenextPlacesnextCOOLATTINnextHillbrook, Co. Wicklow 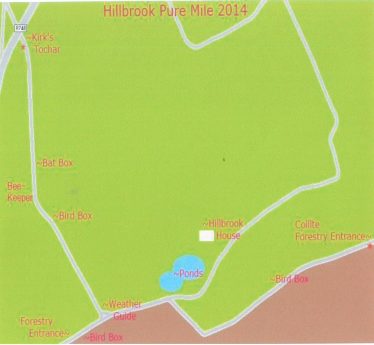 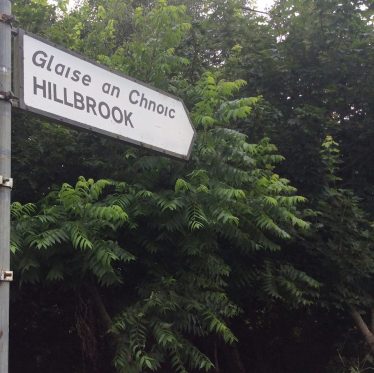 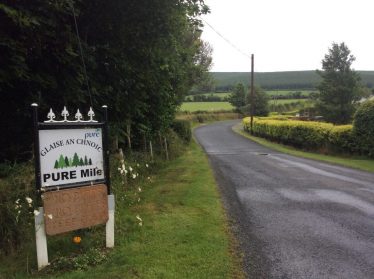 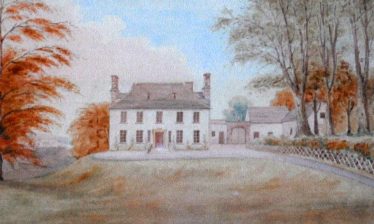 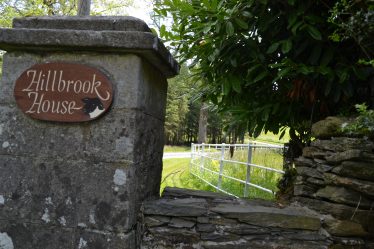 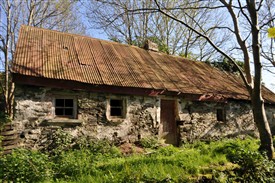 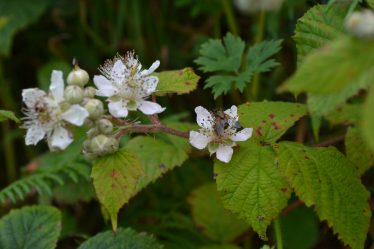 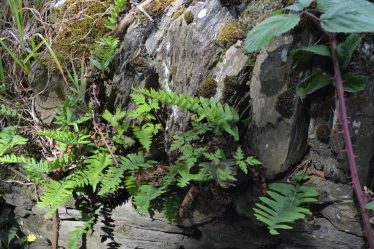 Ferns growing in the roadside walls

Hillbrook is located outside of Coolboy, between Tinahely and Carnew in south county Wicklow. The name Hillbrook (Glaise on Chnoic) can be directly linked to the babbling brook which flows from the hill to the valley through our PURE Mile.

Prior to the Great Famine of 1845 the road to from Coolboy to Carnew passed by the gates of Hillbrook House. During the tragic years of the 1840’s, 221 souls were assisted in emigrating to Canada by the Fitzwilliam owned Coollattin Estate.

As the emigrants ascended Keyly’s Hill, with their life belongings stowed away in estate made wooden chests, on board hired horse and carts they would pause to take one last look back at their south Wicklow homeland.

They were on their way to New Ross or ‘Ross’ as it was then called – the first leg of their journey to the promised land – Canada. At Ross they would see the ocean for the first time – for the first time they would also see a built up town – a town where 3000 of their countrymen fell in battle four decades earlier during the rebellion of 1798.

As they paused they would be watched in boyhood wonderment by the two Keyly boys who lived across two fields to the south. Half a century later the Keyly lads – now grown men – would relate to all who wished to hear it the tales of the families who had left to seek a better life in the far off Ottawa Valley.

As they passed the gates of the once opulent Hillbrook House they would reminisce on the former glory of the Stynes owned mansion – the glory days before the ravages of famine led to a catastrophic decline in the rents collected by the widow Stynes. This decline in turn led Anne Stynes being pressurised by the Coolattin agent, Robert Challoner for rental money that she did not have.

In the forge located on the opposite side of the road to the Hillbrook gates the rhythmic sound of the hammer striking the anvil was now silenced. The shoeing of horses for the Shillelagh Hunt and the making of gardening implements were now low on the priority list of Anne Stynes. (Kevin Lee)

His grandnephew Captain Joseph Symes (wounded at Quatre Bras the evening before The Battle of Waterloo, 1815)

His son Thomas Symes 1870-1902 – the lease was renewed in the 1890s and Lord Fitzwilliam ordered its demolition; he changed his mind after it was gutted and it remained in this state for many years.

Kealy’s Crossroad links us back to those who passed through on their way to New Ross as emigrants.

The Well Field – so called because Wicklow County Council located a well on the roadside, circa 1920, to provide water to all the local houses. Since then the Council water scheme has replaced the need for the well.

Tochar (Togher) Field – named because of the road from Coolboy to Carnew passed this way during the great famine.

The Big Park – got its name because if its size. Fifteen acres was a big field!

The Shop Field – it is said that there was a shop at the top of Kealy’s Cross – a bygone era.

The Money Hole – the story goes that there is a wealth of minerals and perhaps gold deep within the ground. Coal was extracted from the hill above this field in the late 1800’s. All of this area has been planted in forestry since 1995.

The Avenue – naturally got its name from the fact that it was a field leading to the main house or what was even called by locals as “the Castle”.

Animals, birds and insects to be found on the PURE Mile include:

Trees, shrubs and wildflowers include:

Wildflowers and wild fruit include:

Water flows naturally from the hill down to the roadside. The drain has been cleaned but has been left in a natural state. The water flows under the road into the upper and lower ponds at Hillbrook House. The area where the ponds are located has been cleared in the past five years to create a natural beauty which is very much part of the Hillbrook community. Visitors stop to take photos here, to have picnics and to simply look at the amazing view across the valley. Locals who walk in the area can enjoy the beauty of the ducks and water hens as they glide across the ponds. When the heron sits on the big white Wicklow granite stone in the centre of the pond a sense of calm exudes for all to appreciate. 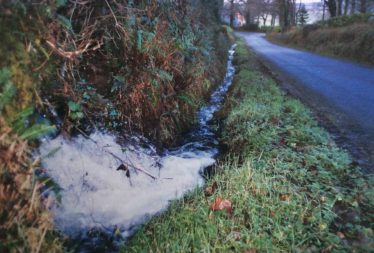 On the PURE Mile a total of nine family homes are located with twenty four residents in total.

Representatives from each household committed to the project on a regular basis and in a variety of ways. 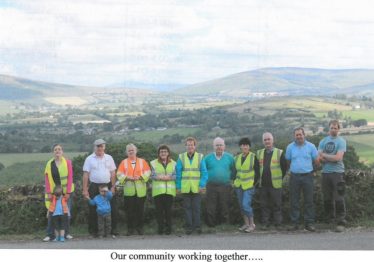 This part of the programme was a huge success with subtle signage making drivers aware of the campaign. Litter picks were organised with recyclable materials disposed of at the pick-up point located at Coláiste Bhríde or brought to Coolfancy to the recycling bins. Non-recyclable rubbish was included in the regular bin collection by individual households.