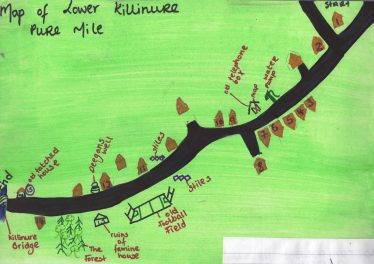 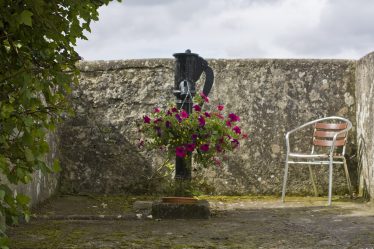 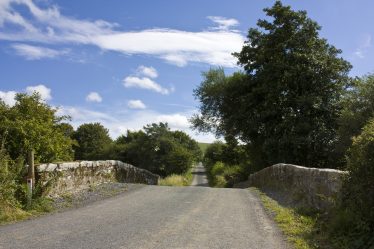 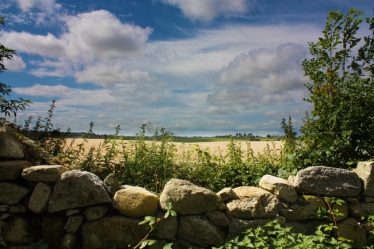 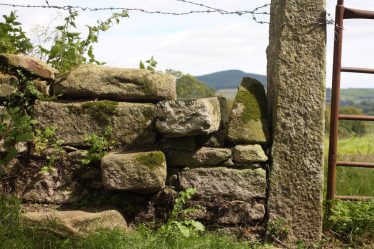 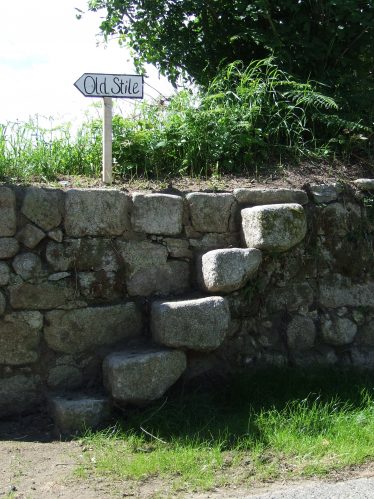 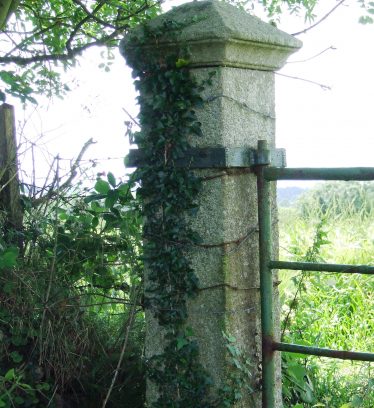 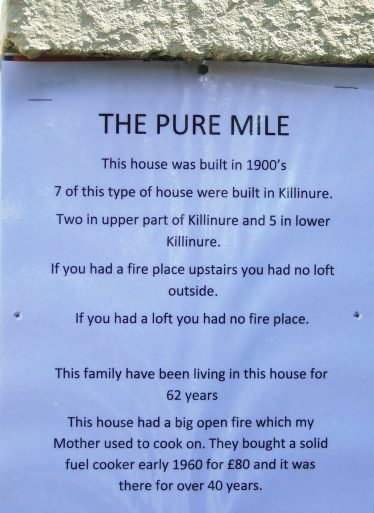 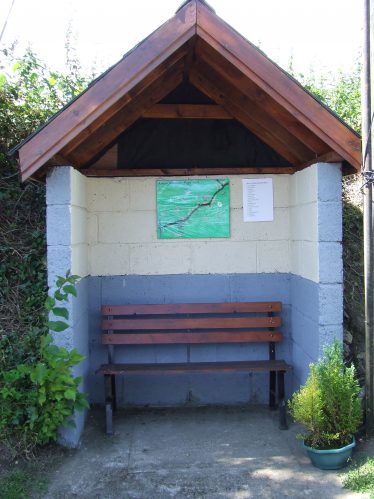 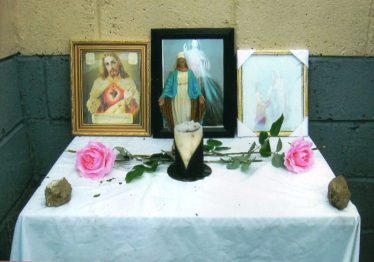 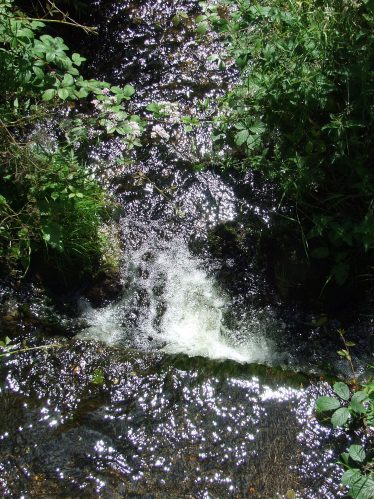 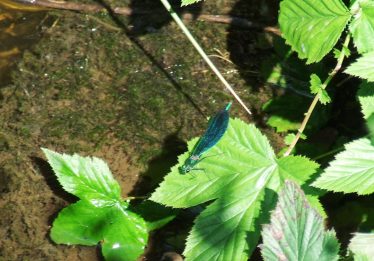 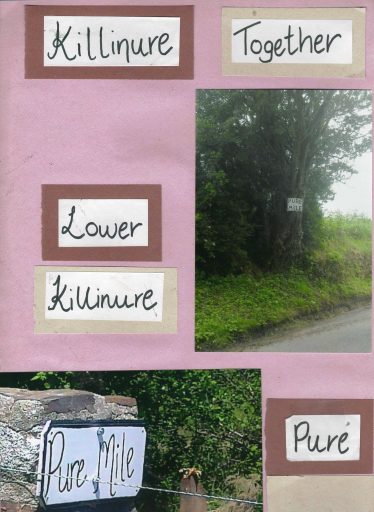 The name Killinure means the wood of the Yew tree or the church of the Yew tree. This is the only Killinure in Wicklow most of the others are in the Midlands.  Upper Killinure is also known as Bellmount which refers to the house that stood there and is French for beautiful view.

King John granted the lands in Killinure to the Fitzwalters after the Norman invasion it then passed to the De Burgs and then to the Fitzwilliams.  Under the Fitzwilliams it was sublet to the Oakes family, which gave the name to the Oaks Cross on the main road.  These lands are associated with Munny House.  One of the Munnys was a member of the yeomanry and was killed in the 1798 rebellion in Ballynultagh.  The land on the left hand side coming South was leased to the Montfords who came to Ireland with William of Orange in 1600’s and had moved to Killinure in the 18th Century.  They lived in Killinure house in 1912.

One of the features of the mile is the local pump, which provided water for all the houses on the road and was a meeting place until the 1990’s. Like other areas in Ireland it was a meeting place. A seat was placed in the old telephone box site.

Murphy’s house on the late at the right coming down the pure Mile hill is the oldest house on the mile. It was built over 200 years ago.  The Murphy’s have a long association with this land and some of the famine generation are buried in Aghowle Cemetery.

A local priest called Fr Mullen known as the healing priest, was buried in Clonmore beside the church and this, his original grave area is reputed to have had healing powers.

Lower down the Mile there are two stone stiles marking the crossing point on the old field path which connected Tullowclay and Coolkenna.  These field paths were very popular in Ireland and were known as Mass paths.  In a field on the left known as the Big Field many car races and autocross events were held.  Later GAA matches were played and the Rugby International Bernard Jackman often played here.  Killinure Emmets were founded in 1897 and had success until they were disbanded in 1920’s.  On the right hand side of the road around the turn is a granite topped well known as Deegan’s well.  Just below the Deegan homestead is the original lane leading to Ruain Wood now a Coillte wood.  There were five or six houses there in 1840’s. This is where a number of families were cleared to Canada by Lord Fitzwilliam.

Opposite the entrance to the new woods there is a drainage ditch in which flax was prepared, this ditch can be seen towards Killinure bridge along the right.  Much flax was grown locally up to 1900’s.  Tobacco and sugar was also grown.  Killinure Bridge divides and links the townlands of Killinure, Coolkenna and Munney.

Examples of some of the field names in the area are “Dolls Park”, “Burgess Bog” and “Shawn Lawn”.

Killinure was Winner of the 2012 Best Community Effort Mile.