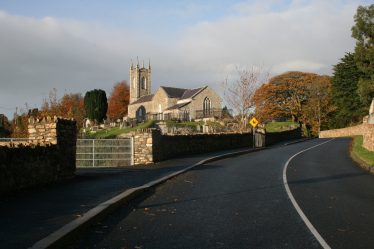 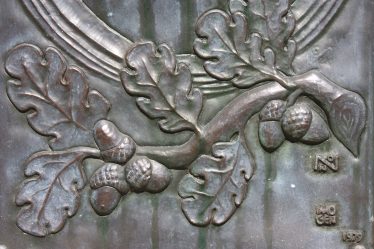 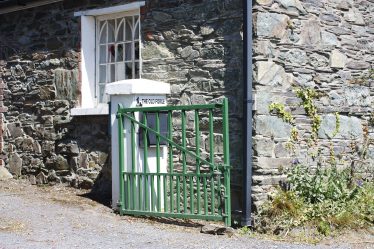 zoom
The Old Forge operational until 1960's
The Pure Mile 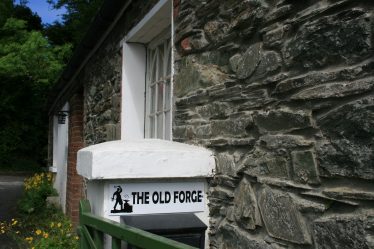 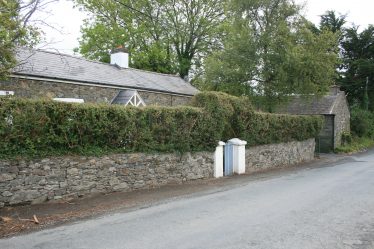 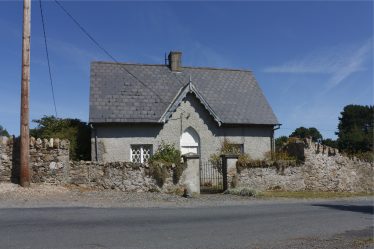 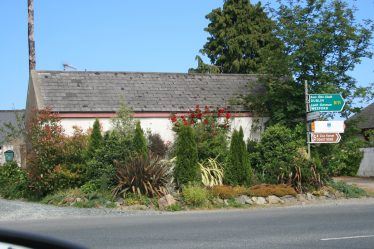 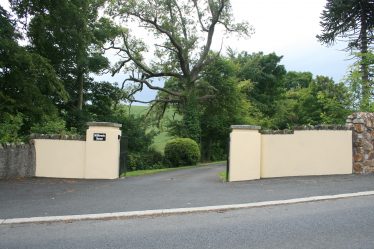 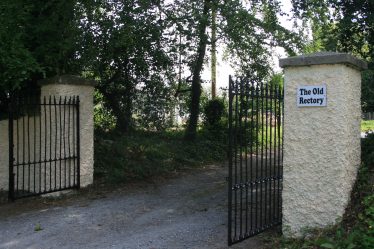 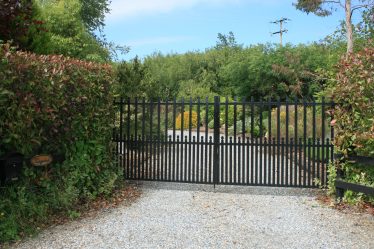 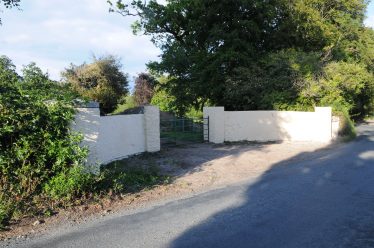 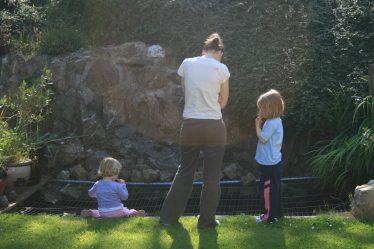 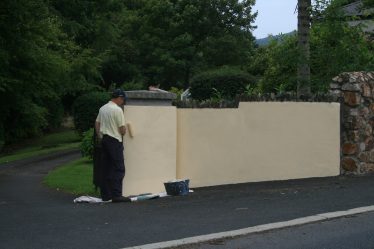 Newcastle was a military town in Norman times and it was at the centre of many conflicts. It was the main defensive military stronghold and administrative centre for Co. Wicklow east of the mountains.

Features along the Mile include a number of houses including Oaklawn House, Millbrook House, Newcastle House and Oldfort House. This Mile also has a church a graveyard, a school, the remains of an old castle, a motte, a forge, a millrace, a horse mount and a pump.

Oaklawn house is a Georgian farmhouse and its name indicates that there were oak forests in Newcastle. This timber was used in building a castle for Edward 1st at Haverford in SE Wales in 1290. A large sessile oak remains on the front lawn of this house.

Millbrook House was once a dwelling of an agent of Earl Fitzwilliam. It was built on the site of a mill, a mill pond and mill race.

Further up the road on the right hand side there is a ruin of an Elizabethan fortified manor, built on the site of a Norman Castle on a motte (which can be seen on the 6” OSI maps).  Remains of the family armorial crests can still be seen on top of the doorway to this manor.

Across the road on the left there is a church and graveyard. The first church was built around 1189 and most of the present church was built in 1788. There are stone box graves, vaults and many graves covered with flat stones and railings around them.  The oldest grave fragment is dated 1698. Before gravestones became affordable, graves were marked with a field stone at the head of the grave.  Near the church there is a potable water fountain, which is surrounded by rose beds.

Leabeg Lane was the old road to Wicklow as was the road to the left called Church Road. Behind the Church there is a cottage built around 1830. It has a tall pointed door case, diamond panels in the windows, a high-pitched roof and central gable with pierced barge-boarding.

St. Frances School on the left has qualified as a Green School. The Old Rectory is up the road on the left and was built in 1807.  The forge was one of two in Newcastle and horses were still being shod there until the 1960’s.  This building is marked along with the other features on the Ordnance Survey 6” map at www.osi.ie

Some extracts from Canon Robert Jennings book entitled Newcastle Down The Years:

The horse mount mentioned in the parish records of 1745 has been located and re-instated against the church wall.  A plaque has been put in horse mount in memory of William Norse, who was the last person to drive his mother to school in a pony and trap.

Grape shot from the cannons, which were mounted on the castle walls, is still to be found quite frequently in the ditches and mounds around the castle.

Many remains of historical sites have been found or excavated around the Newcastle area:

When the road was being widened between the Castle and the Churchyard, the remains of two burnt walls could be seen and extensive stone filling beside the surrounding moat.

When a Par 3 Golf course was being constructed there was a discovery:

A horizontal mill dating from 744AD lies below the 13th Green of the Glen Mill Golf Course.

This Mile has a mixture of rural hedgerows and garden hedges. Trees include oaks and a redwood.

The work undertaken for the Pure Mile project is outlined in the diary of the work, which was kept by Pat Carey of the residents association.