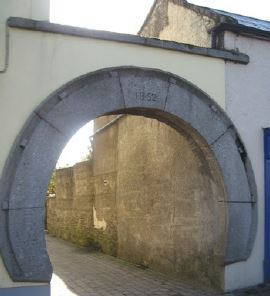 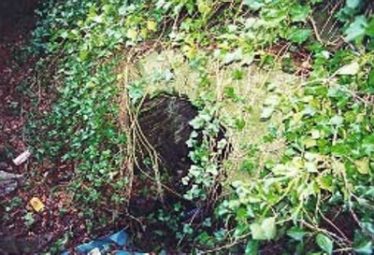 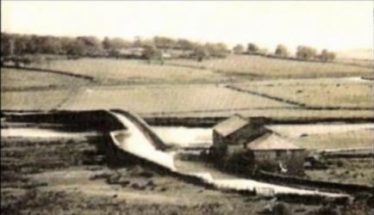 The PURE Mile runs along the Blessington Kilbride roadway, starting at AIB and finishing close to the Red Lane.  This is a 1 mile route filled with history and local folklore blessed by nature itself.

Blessington is situated on the N81 and is the largest town in West Wicklow. It’s often referred to as the gateway to the Wicklow National Park, an outdoor paradise of woods, mountains, rivers and lakes.  A town blessed by nature – but also a place of real historical significance. In fact, the very story of Ireland is to be found in the stones and records of this part of the ancient Province of Leinster!

The AIB building at the start of the mile was once the residence of W.R Chambers, who was a World Billiards Champion in 1916. Nearby on the Main St. you can see the “Horseshoe Arch” which dates from 1852 and marked the entrance to a blacksmith’s forge. The granite archway is one of many examples of the work of local stonecutters found in lintels and door surrounds of the town.

Directly opposite the AIB bank we have the Grange Con Café which was the original Parish Schoolhouse built circa 1820 by the third Marquis of Downshire as a girl’s school. A boy’s school originally established by Penelope Dunbar, the wife of the owner of the estate in the 1770s, was situated in the adjoining building fronting the main street.

Lakeland Downs was home to the local Handball Alley until demolished in the 1970s.

Further along the mile you are flanked on the right by the “Ivy” terrace cottages. These were built by the Downshire family circa 1820 and housed both a linen and needle factory. The area is still known locally to this day as ‘the factory’.

On the left hand side you are flanked by the magnificent stone boundary walls of the Downshire Hotel with its landscaped gardens home to many trees and plants.

The next site of note is the current location of Dr. Joyce’s Surgery. Though old, it still pertains to its original usage. Built in the 1800s it served as the dispensary for the town. It still retains some of the original ridge tiles today.

Further along the mile the main attraction is the ancient St. Patricks Well, which, until just a few years ago had been left neglected. With the efforts of local historians, Aidan Cruise and Seamus Balfe together with some friends, the appearance of the well has been vastly improved upon.

Moving back to the main road, the next site of interest is the Supervalu car park. This was the original site of the Sales Mart in the town which replaced the renowned fair days from the Main Street.

Moving further along the mile is a local right of way known as Mass Lane which provides easy access to the church.  Next door is located the old rectory which is still intact and in use.

Continuing along is the site of Gobbitts Picture House, located on Blakelys corner. For many years this was where many locals saw their first movies. Today it’s been converted into a private residence.

A little further along the road is an olden times Standing Stone located near the big tree. It’s no longer accessible due to its location on private property. Looking right you can see the original bridge that traversed the river Liffey and the old mill located beside it.

Next stop is Blessington Bridge. In the nearby fields can be found an original pump house that was used as a water feed. Most interesting is the small gun turret from the early 20th century that was in place during the emergency to allow quick and easy bombing of the bridge to cut off access. To the left you can see Ballyward, an area of archaeological significance with many sites of great importance.

Continuing along the mile can be seen some of the original cottages, one known as “sallys”.

As you reach the end of the mile at the site of the Lacken GAA pitch, you can see Lugnagun and Sorrel Hills where an ancient cairn is located.

Scurlock’s Graveyard, situated just past the junction of the Red Lane is the likely site of the old church known as Capella de Villa Cumyn and its graveyard. The headstones date back 100s of years.

The mile is home to many creatures including foxes, mice, badgers, bats, dippers, newts and otters. Many varieties of butterflies have also been recorded in the area along with numerous water based insects.