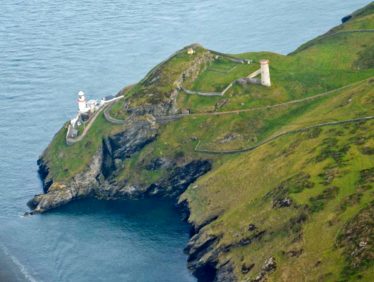 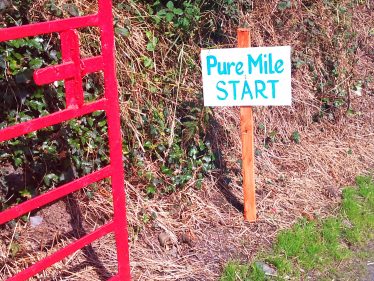 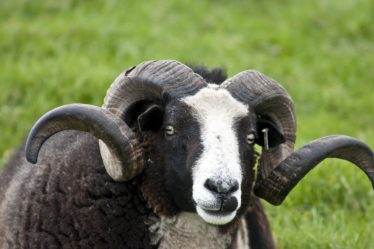 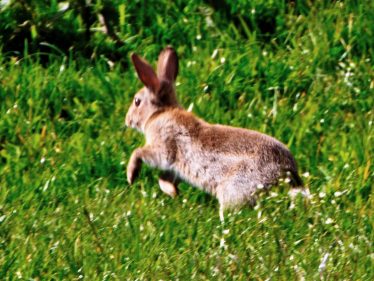 zoom
One of Many Rabbits
Wicklow Head Preservation Group 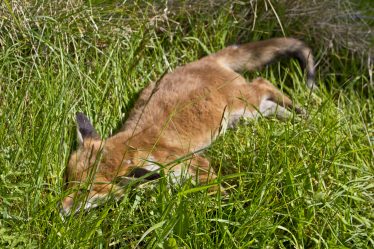 zoom
One of a Few Foxes
Wicklow Head Preservation Group 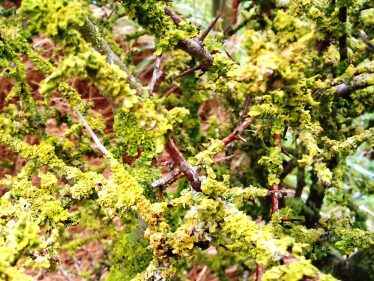 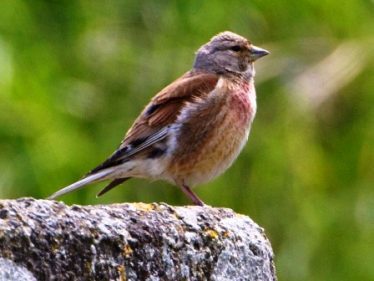 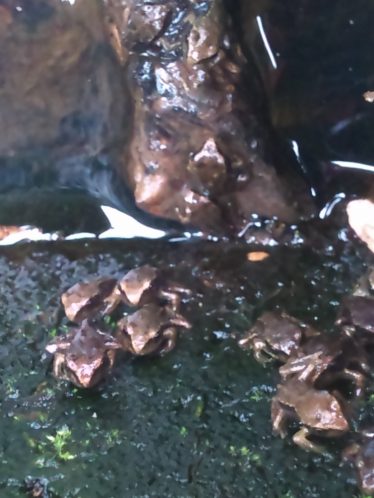 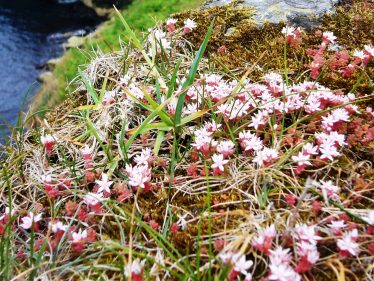 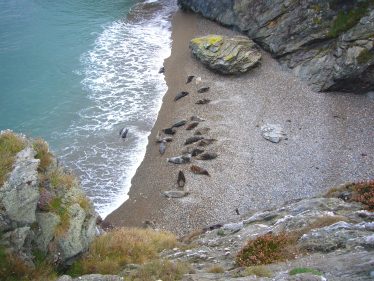 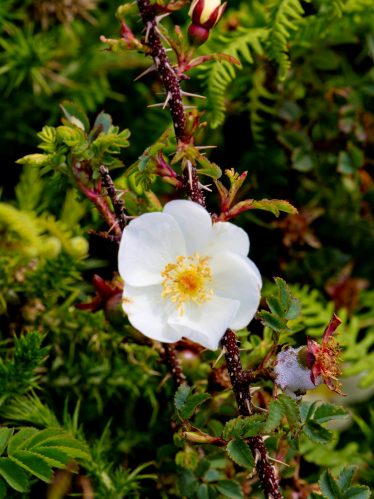 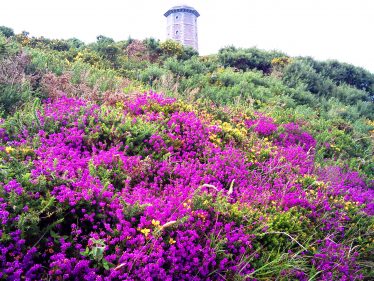 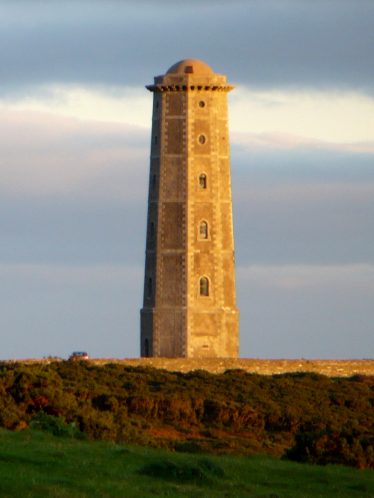 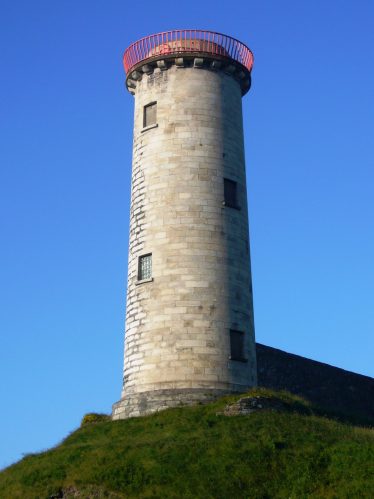 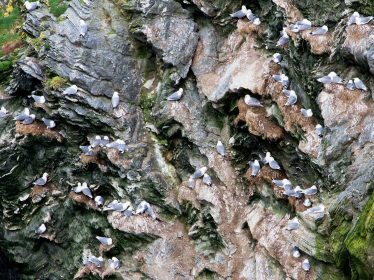 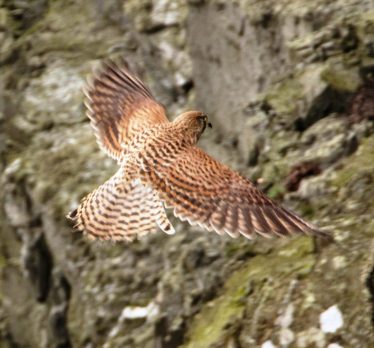 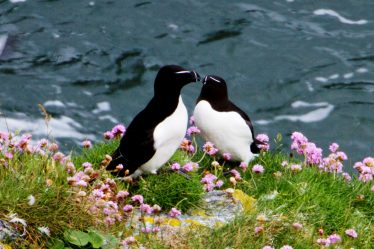 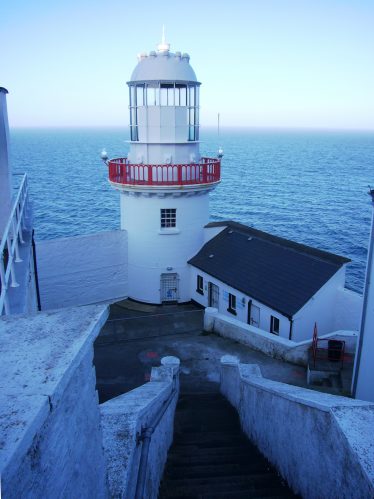 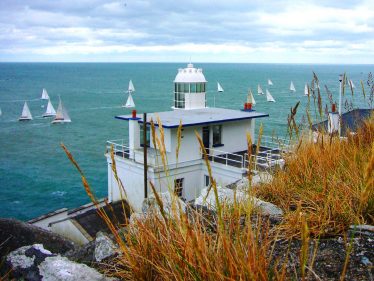 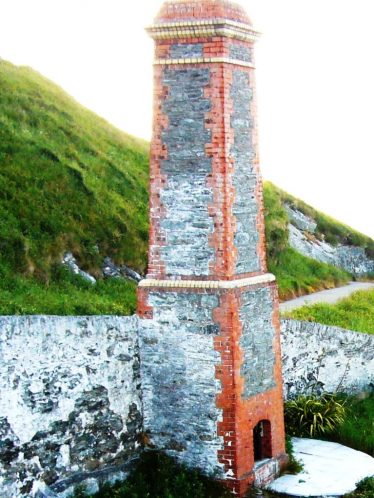 This article is based upon information compiled by the Wicklow Head Preservation Group as part of their PURE Mile project.

The Mile can be reached by going South out of the town along Dunbur Road, past Wicklow Golf Club. The entrance to the Mile is through a  Commissioners of Irish Lights (“CIL”) bright red gate (near a bungalow).  This Mile has been a local leisure walk for centuries.

Together with habitats for interesting flora and fauna there are three lighthouses on the way.  The Mile consists of nine stops or viewing points, which the Wicklow Head Protection Group have identified.  Old gateways painted red and cattlegrids lead to three historic lighthouses two of which date from c.1827 and one which dates to 1760.   This roadway also leads to many historic sites along the cliff path including St. Bride’s Well, an ancient lime kiln and the ruins of an old church.

At the first cattle grid with a red gate a sandy bank was exposed when Wicklow Golf Club built a new tee in 2011. This facilitated the growth of red and white Clover, yellow Vetch, pink Rumitory and Poppie. In Summer the area attracts Swifts who dart into nearby puddes for drink.  Butterflies who enjoy the warmth and shelter here, include Tortiseshells, Common White, Painted Lady’s and Red Admirals.  Up Lacey’s Hill there are Jacob sheep providing lambs varying in colour from white, white with brown patches to  black.  The Jacob ram when present has huge curled horns.   This slope is covered with Bracken, Fern, Brambles and Gorse.  On the top of the hill one can see blue Speedwells, white lacy Stitchwort and four petalled yellow Tormentil together with Vetches and Buttercups.

At the second cattle grid with a red gate, playful rabbits can be spotted in the field boundaries.  Foxes are occasionally seen here.  This section of road has tidy hawthorn hedges covered with seasonal ‘May Blossom’, with  clumps of Violets and patches of yellow Lichen on bare bark underneath.  In Autumn one can see cup-like orange fruiting bodies on the frilly edges of this flat growth.  On the verges a pretty pale blue flower called Flax can be seen (this is an escapee from local farmers’ crops). Here there are a range of small birds including wrens, Sparrows, Blue Tits, Great Tits (with black and white head and yellow chest), pink chested Lunnets, Chaffinches, Robins, Bullfinches and sometimes a Goldcrest..  Just before the next cattle grid there is more Stitchwort and a pretty pink Herb Robert whose leaf edges turn  bright red in winter.

At the third cattle grid with a red gate one can view a line of seven wind turbines.  This is the 2002 Arklow Bank wind farm which was the first to be built in Ireland and was the first use of 3.6 megawatt wind turbines in the world.  They were built by GE and Airtricity and were intended to provide power to the national grid.  From here one can see the octagonal lighthouse, one of a pair built in 1781 to distinguish Wicklow Head from Howth or Hook Heads which had only light each.

In Spring and early Summer the cattle grid is usually full of frogspawn which later become frogs.   Along the stones in ivy covered walls there are the rarely seen Common Lizard (one of the ‘serpents’ that St. Patrick failed to banish).

At the fourth cattle grid with red gate and beside farm with sheds there is a good view of the second lighthouse on the Head built in 1818 to replace the twin of the existing Octagonal tower.  Around the lighthouse there are the remains of walled compounds and ancillary houses.  On Wicklow Head one can see that the beaches to the North as far as Dublin Bay are shingle and all the beaches to the South as far as Rosslare are of fine golden sand.  Different flora to be found in this stretch include yellow Tormentil, white flowered Plantain spikes, pink Fumitory and inky blue Black Horehound in late summer.  On the bare rockey outcrop on the left there are succulent red leaved Stonecrop.

Just before this stop a new sand path leads downhill to the left giving access to the heathland along the coast passing by cliff scenary with sea arches, coves with ancient Lime Kilns, caves and bays.  The coastline is a breeding ground for Grey Seals. Colonies of them with their white furry pups are seen at the local Brides Bay in late Autumn.  To the right of the cattle grid in late Summer there is a patch of tall Rosebay Willow Herb which is a bright magenta pink.  In Spring along the bank you can see patches of Primrose wild Bluebells and blue Speedwell.  At the right bend Northwards there is a cliff face with cormorants and shags.  The walk is now parallel to the coast and Summer there are Burnet Roses amongst the Bell Heather.  Some ‘garden escapees’ also appear like the bright pink Oxalis (wood sorrel).  Birdlife here includes some typical heathland species, including Whitethroat and Stonechats.

This stop is at the CIL red double gates with pedestrian “kissing gate” to the right.   To the left inside the gate are the first good views of the seabird nesting sites on Wicklow Head cliffs.  The 1781 octagonal lighthouse in view was the ‘rearward’ one of a pair.  It was decommissioned in 1818 but kept as a daytime navigation mark.  It was refurbished by the Irish Landmark Trust in 2000 and can be rented for holidays.

Up the vehicle track to the right going uphill you can see the now closed 1818 lighthouse and outbuildings.  It was decommissioned in 1865 and replaced by a light ship.  The look-out point has 360 degree views. At his point one’s steps have to be retraced back to the paved road.

At a nearby wire fence with red posts one can see the following breeding birds in May and June: common Gulls, Kittiwakes, Guillemots, Razorbills, Cormorants and shags.  This is a EU Special Protection Area (“SPA”) offering protection for the colony of nesting seabirds developed since 1970’s. The site also supports a pair of breeding Peregrine Falcons.  Puffins have been spotted and a pair of Kestrel is believed to breed in the area.  Red Kites were introduced to Wicklow and can be spotted by their red underwings. The laneway cuts through the rocky headlands.  Downhill there are steps on the right to the third, currently operational lighthouse built in 1818 which is a pair to the one seen at Stop 8.  This is where the Mile ends.

Close by there is a gas plant set up in 1868 to make fuel for the gas fired lamp in the lighthouse.  Raw materials were landed at a little jetty and gas was made in the red bricked chimney in the walled compound.  In 1906 the gas light was replaced by an oil burner and an apparatus revolving on a bed of mercury was installed which could be seen at a range of 17 miles.  In 1976 the oil was replaced by electricity and a radio beacon was added pulsing out morse code every 6 minutes.  The light was fully automated in 1994.