The Barrington Collection and Wicklow Head

Wicklow Head, the most easterly point in the Republic, has always been an important bird watching location. It is both a migration and seawatching point. Fulmars, shags, cormorants and gulls appear here. Under suitable climatic conditions skuas and shearwaters have been observed. In recent years partridges and falcons frequented here. In the National History Museum, this region shows up regularly within the birdlife section, especially in The Barrington Collection. This Collection contains 382 mounted birds and 3,926 parts. Richard Manliffe Barrington of Fassaroe, Bray collected them between 1888/1923. These specimens were obtained mainly on or off the coast of Ireland. Lighthouse keepers played a large role in forming this unique collection.

Wicklow Head/Dunbur throws up some interesting specimens. A shorelark taken at the Lighthouse in 1910 was the first known occurrence of this rare bird in Ireland. The most exquisite bird in the collection is a hoopoe (famed for its large erective crest). It was taken in 1893 at Dunbur. Also mounted is a black redstart obtained at Dunbur in 1902. This migrant has only started to breed in these islands since World War II. The last mounted specimen in Barrington’s collection is a redback shrike caught at the Lighthouse in 1908. This rare visitor is a flycatcher and feeds mainly on the wing. Other specimens are interesting as to how they were obtained. Two. redstarts, a swift and a nightjar were shot at the Head. A hooded crow, a snow bunting and a ring ouzel were caught at Dunbur. A chaffinch and two gold crests were caught at the Lighthouse Lantem, and a whitethroat was blown down the cliffs, while a corncrake was found dead from starvation at Wicklow Head. This area will undoubtedly continue to attract strange and wonderful birdlife. 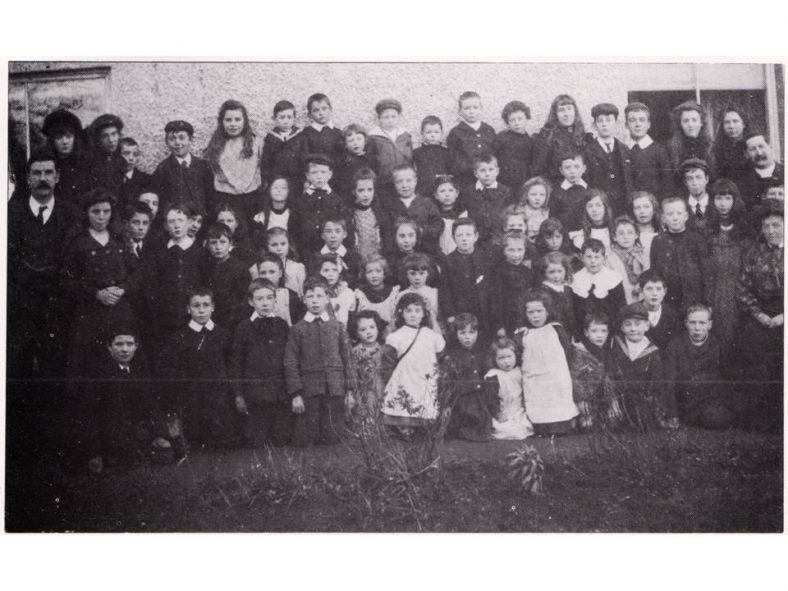 This photograph of No. 2 National School, Church Hill, Wicklow was taken at Christmas 1906.