You are here: HomenextPlacesnextAVOCAnextSt. Patrick's Mine Avoca 1956-62 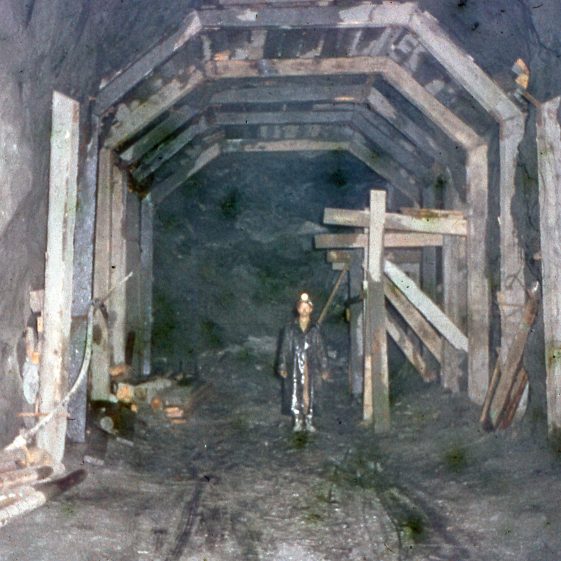 Unnamed worker in the depths of the Avoca mine 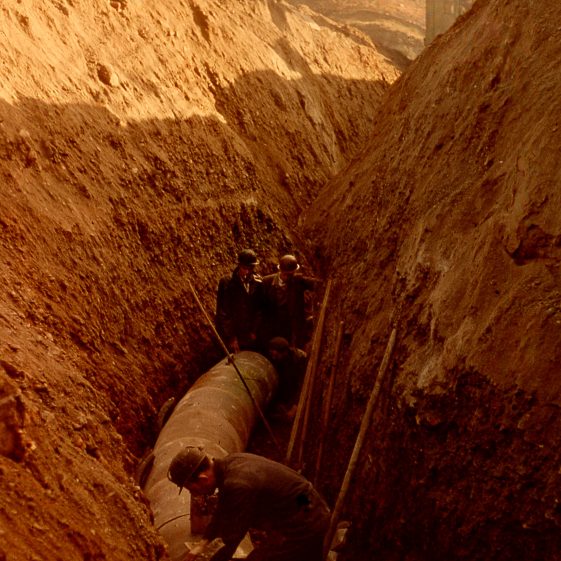 A pipe possibly supplying water to the copper mine 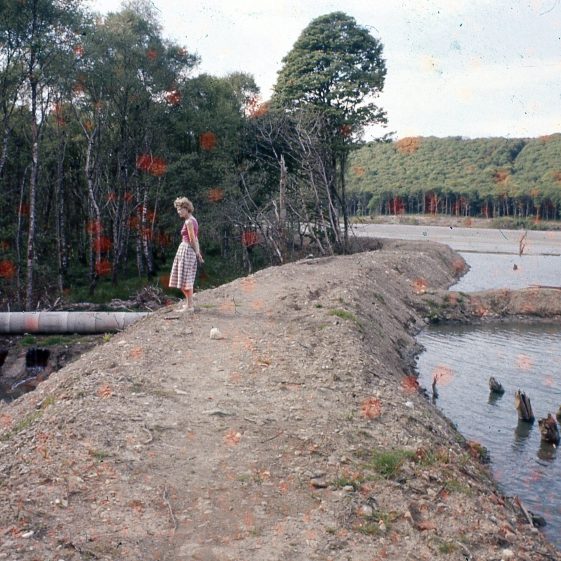 A woman overlooks part of the mining site 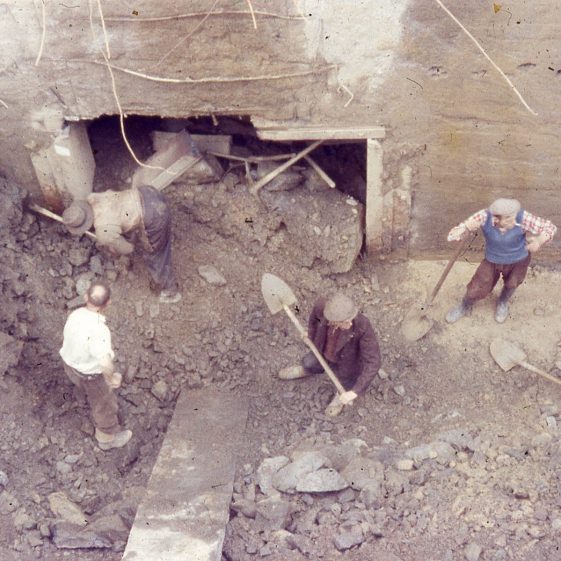 Much of the mines construction was done by hand 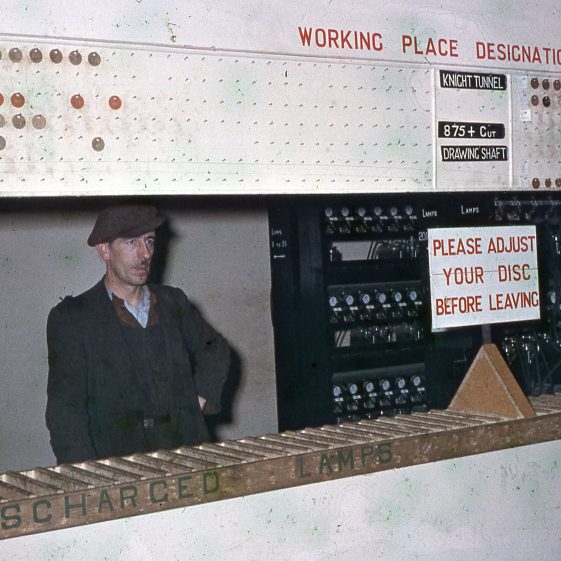 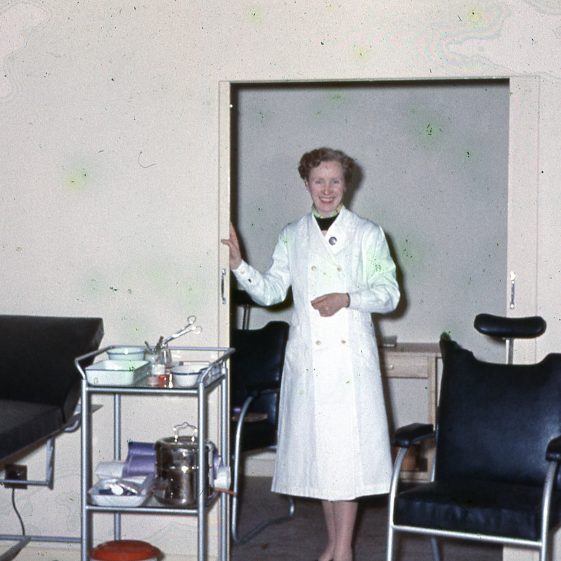 A nurse within the mining village's doctor's surgery 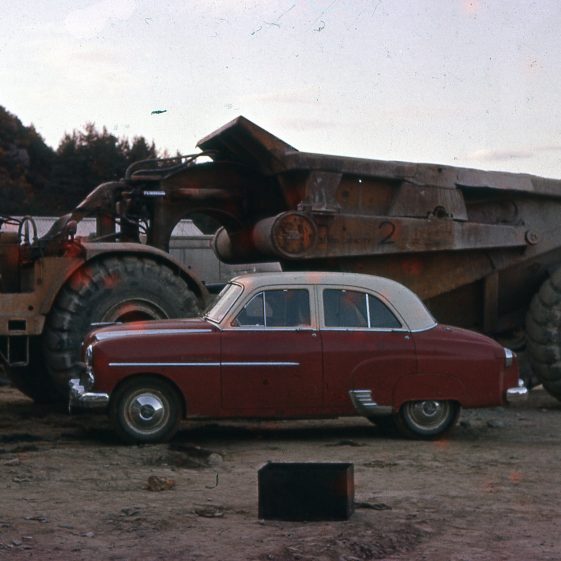 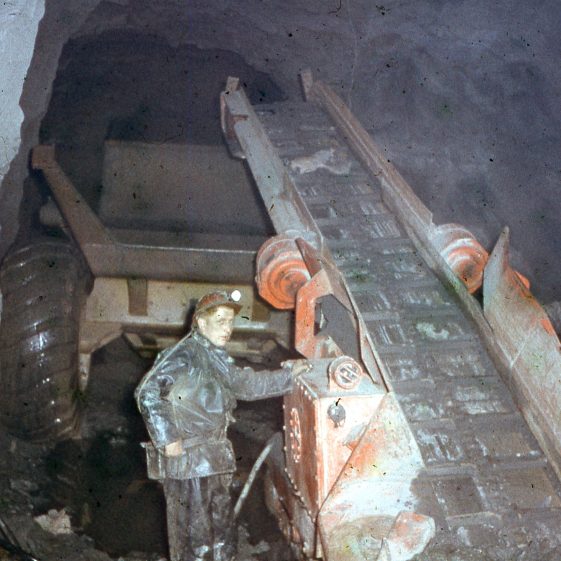 Miners at work in the Avoca Copper mine 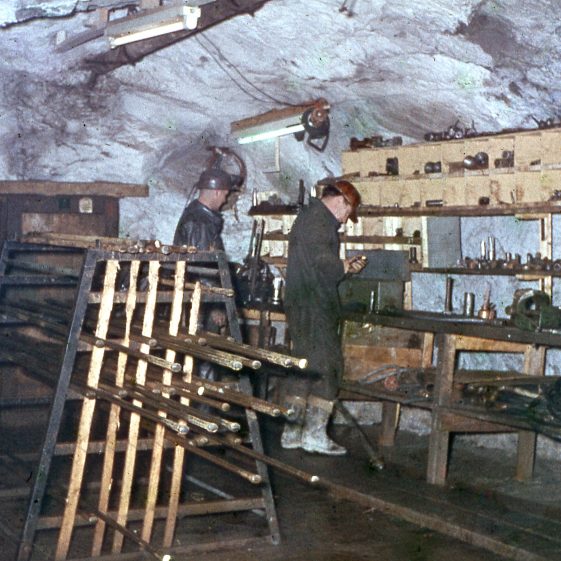 Miners at work in Avoca mine 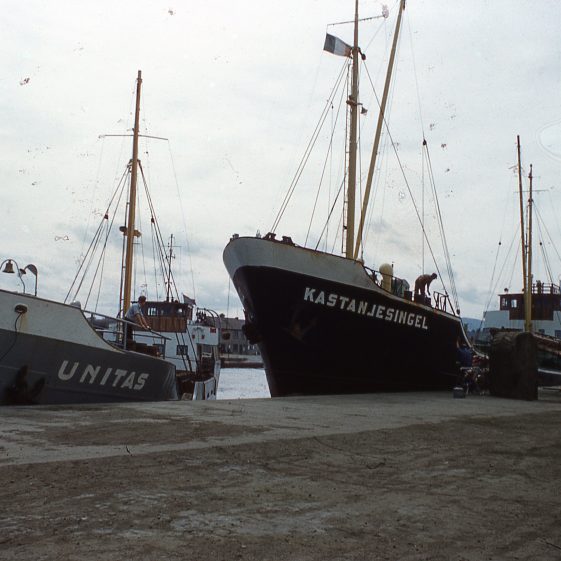 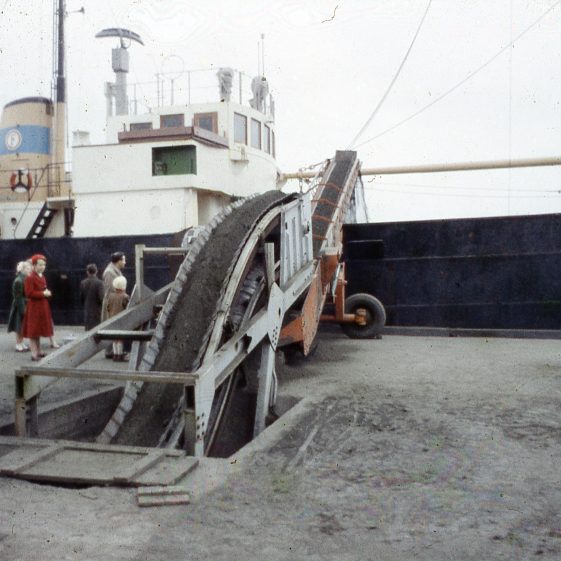 Copper ore being moved onto ship for transport 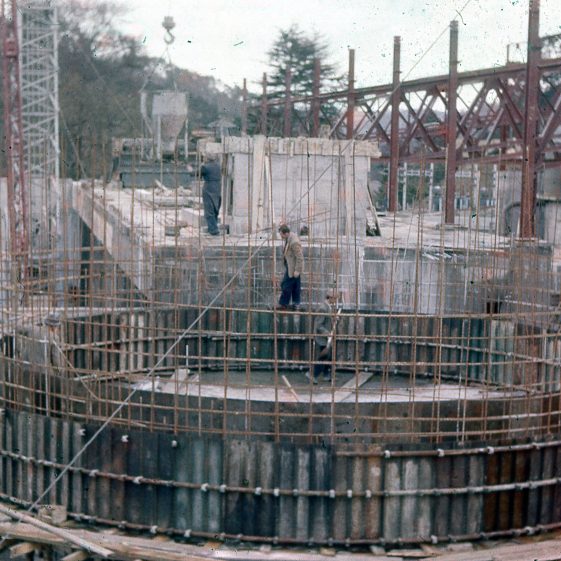 One of seven engine houses being built for the copper mine 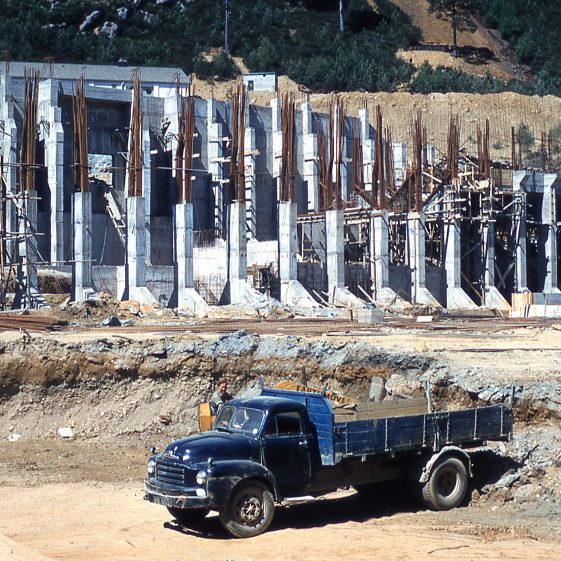 Construction at the Avoca mine 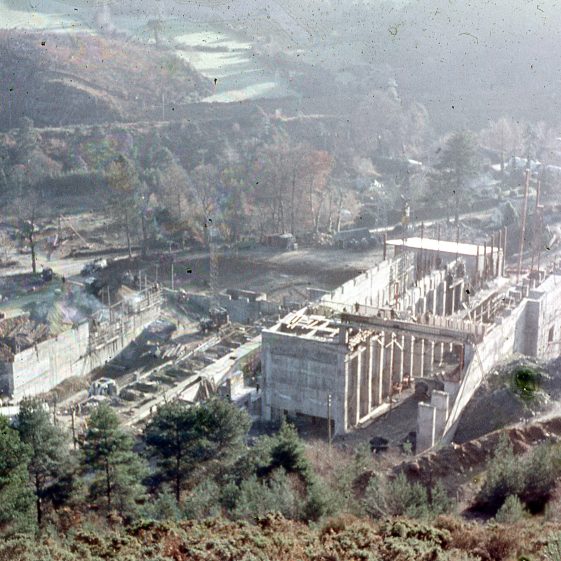 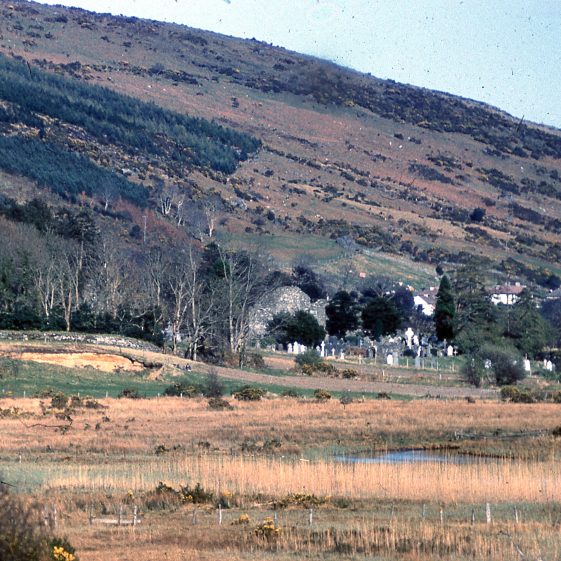 A day trip to Glendalough from 1958 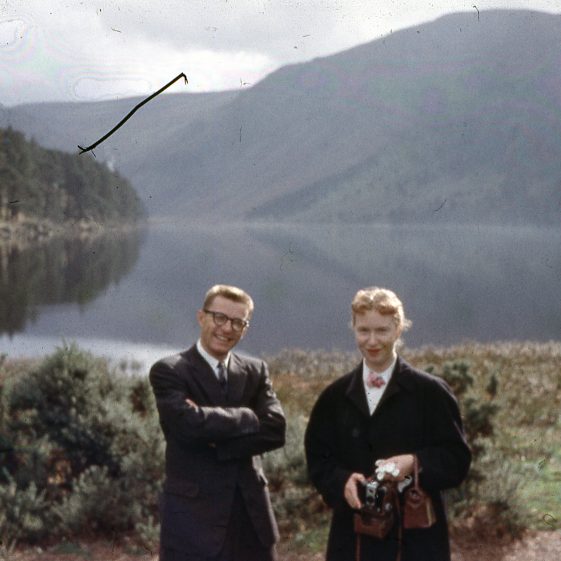 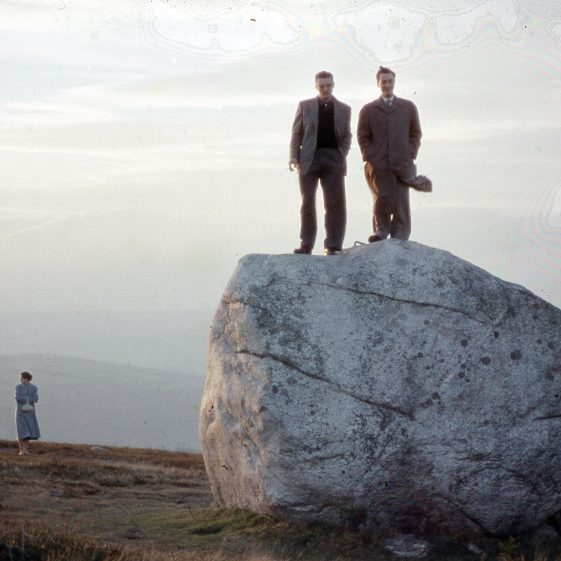 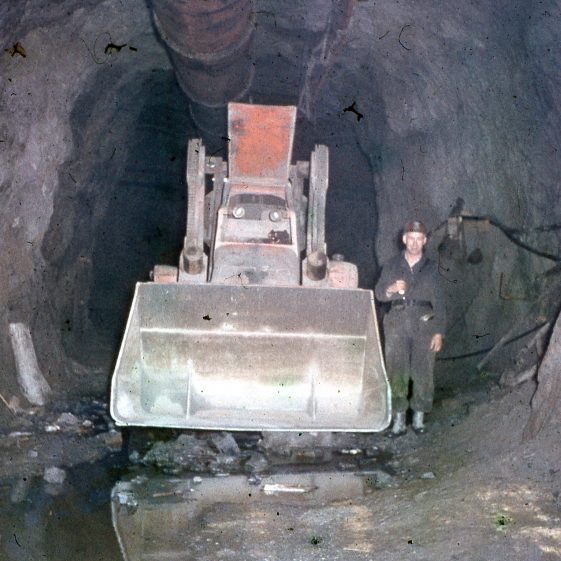 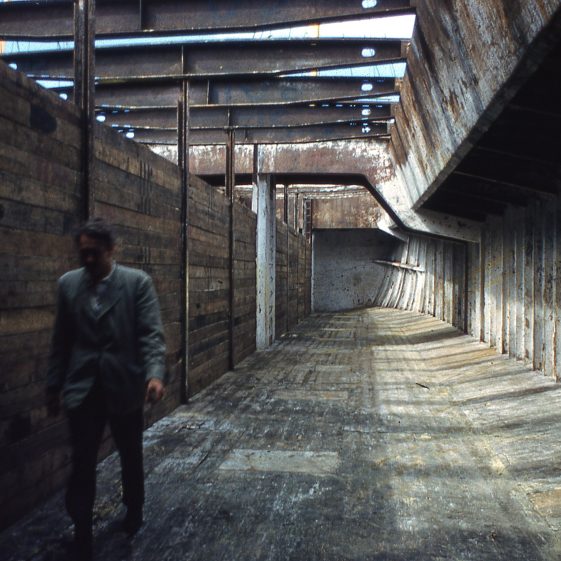 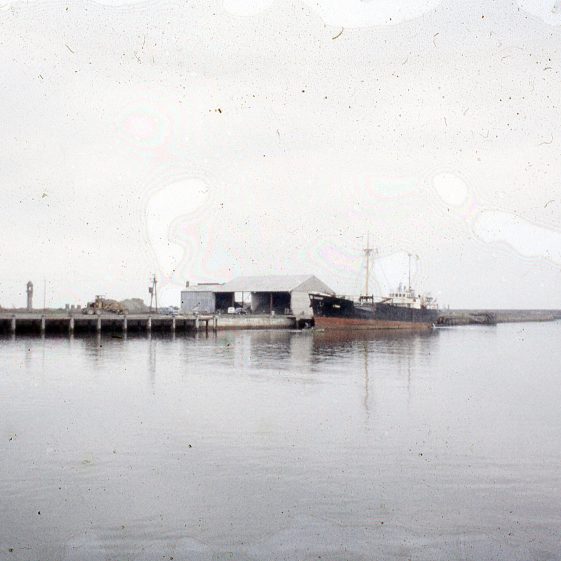 Arklow Port where ships were filled with Avoca's copper ore (1956) 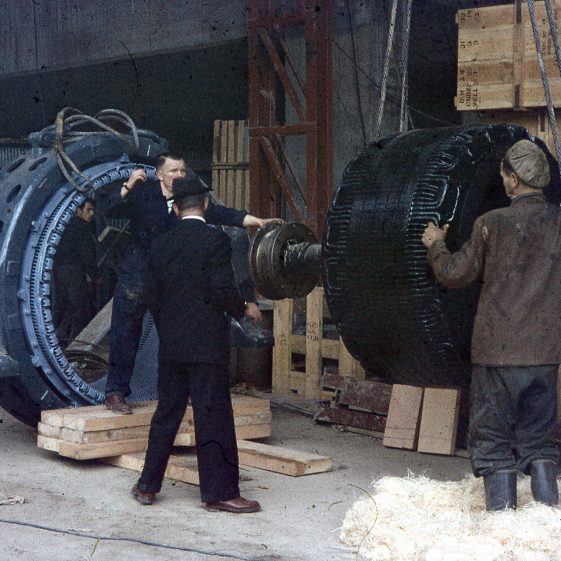 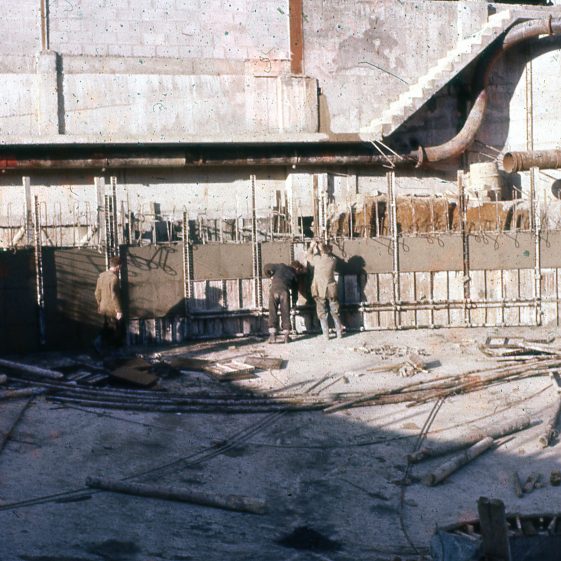 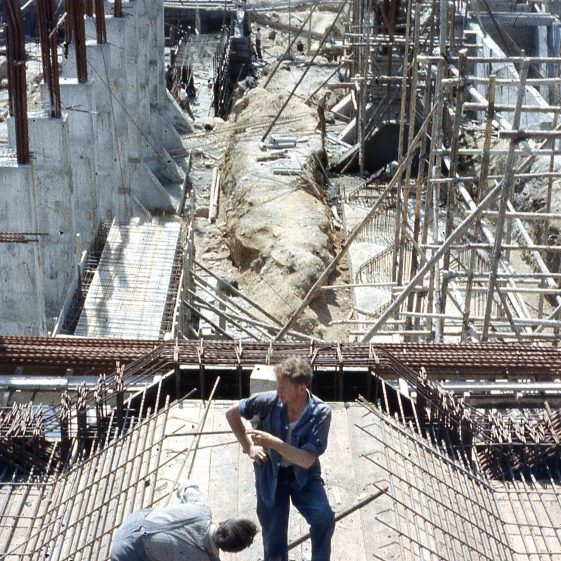 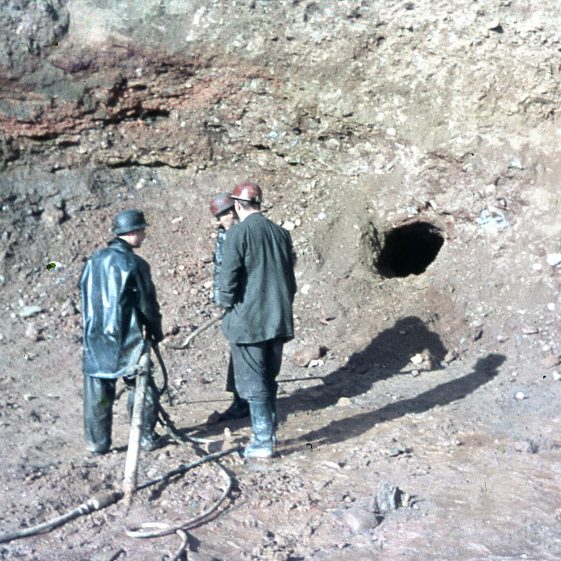 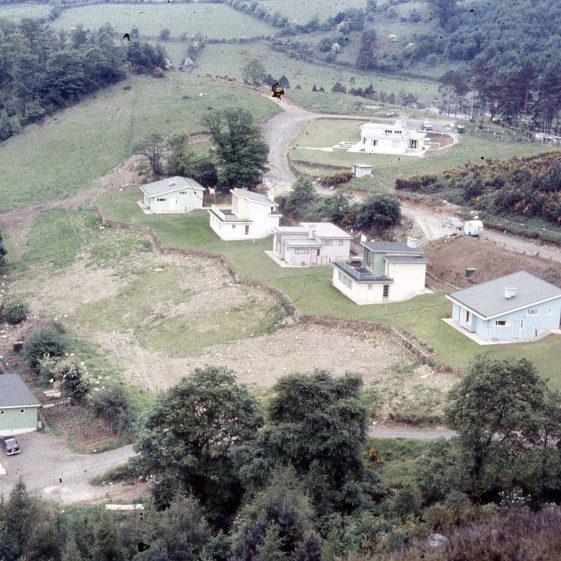 The managers houses from 1956, off the Red Road in Avoca, one of these houses was lived in by a woman named Esther Kenny. 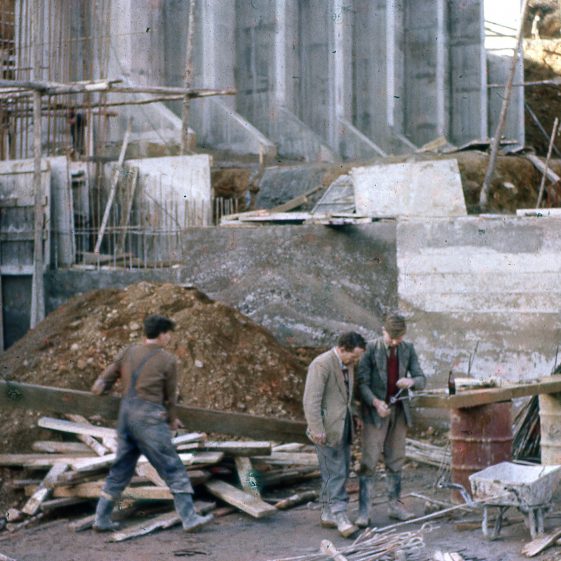 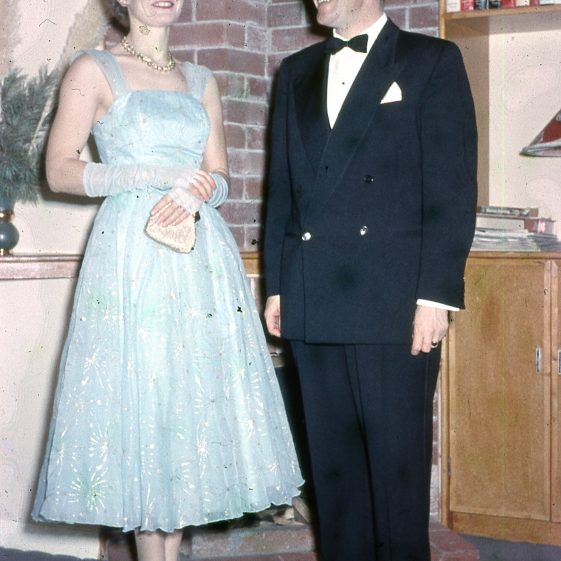 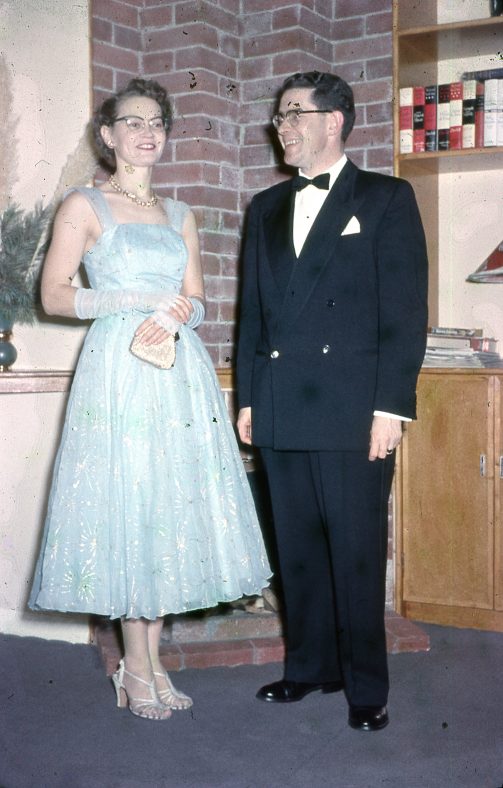 This collection of slides and photographs were taken by Ross Corey between 1956 and 1962 while he worked at the St. Patrick’s Mine, Avoca. He started out as the Metallurgical Manager in charge of the building of the concentrator; including documentation. He then moved on to Mill Manager. The slides and photos in this collection include not only the mine, residences, and surrounding area, but also social events.

Ross and his wife Alice moved from Canada to Ireland in 1956. They loved Ireland, travelling extensively throughout the south and into western Europe. While in Ireland they adopted a son, Neil in 1962. That same year they returned to Canada where they adopted a daughter, Kathleen in 1963, and another son Christopher in 1968. Alice, Neil and Christopher were killed in a tragic car accident in 1971. Ross passed away in 2001.

This collection has been donated by Ross’ daughter, Kathleen Corey Hamilton who lives in Canada with her husband. They have three adult children who have the family passion for adventure.

I (Kathleen) am very pleased to donate this collection to a country that held such a special place in my parent’s hearts. My husband and I traveled to Ireland for our first time in 2016 to visit out daughter. We quickly fell in love with the landscape and the charm that Ireland has to offer. I am looking forward to returning in 2017 to deliver this collection in person and learn more.