You are here: HomenextPlacesnextGLENDALOUGHnextEXPLORING THE MINING HERITAGE OF COUNTY WICKLOW 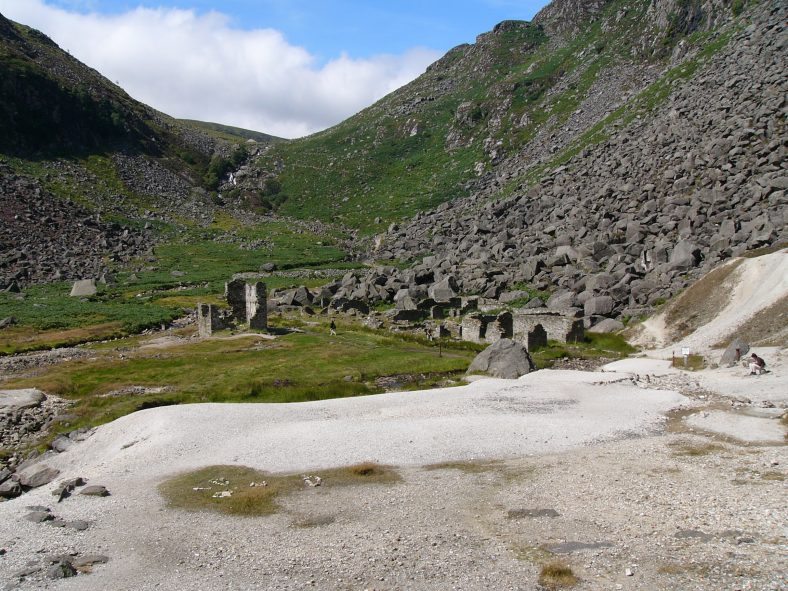 The far end of the valley was aptly named ‘Van Diemen’s Land ’ by the miners (after the distant colony of Van Dieman’s land off Australia – now called Tasmania) because it seemed so far away from civilization. Mules were initially used to carry materials up the steep mountainside and bring the ore down. These mules were later replaced by an inclined railway, resulting in greater efficiency and productivity. This tramway brought the ore down from Van Diemen’s Land to the floor of the Glendalough valley for processing.

The 1880s saw a major decline in the fortunes of The Mining Company of Ireland which had experienced losses over several years. The lead was running out in the areas being worked and world prices for lead were in decline. Employment fell dramatically and many of the most experienced miners had emigrated to England and America. Although mining in this valley only lasted for approximately 20 years, mined lead continued to be processed here even into the 1900s.

The Mining Company of Ireland sold the mines to the Wynne family in 1890, denoting a new phase. The Wynnes were an Irish family with previous mining experience in the Avoca and Glenmalure mines. This operation didn’t run too smoothly, however, and after a few years, mining came to a halt due to problems with flooding and a lack of machinery. Needing cash to develop the underground workings, in 1913 the Wynnes set up a water plant in the Glendalough valley to treat the waste from the mines in both the Glendasan valley and Van Diemen’s Land. The waste was transported on a tramway and loaded by hand into a crusher by a mainly female work force. The crushing work continued until 1925 (Fig: GG8). 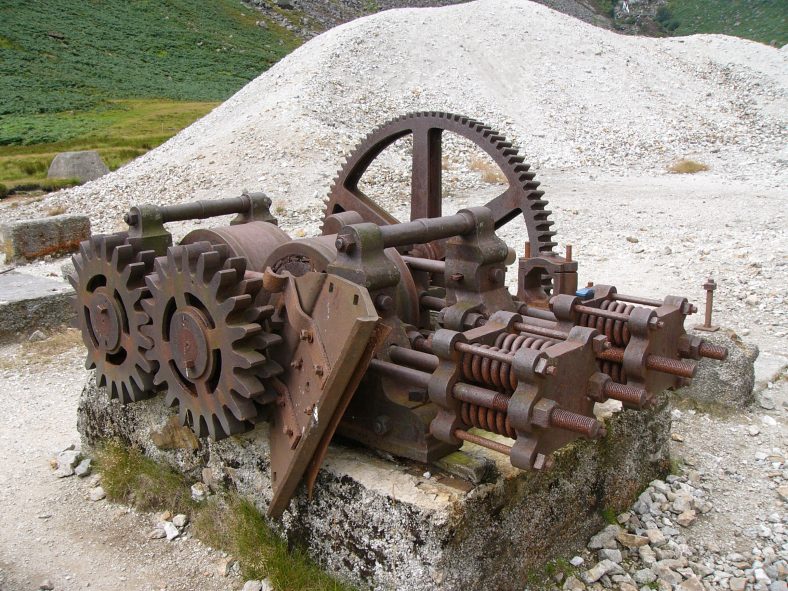 The demand for lead during the years of the First World War, 1914 to 1918, brought the Glendalough mines to the attention of the Ministry of Munitions in London which granted aid to the Wynnes to re-open the Fox Rock mines in Glendasan. However, Government financial support was withdrawn at the end of the war. Funds dried up, and so did the mining. This was the last phase of mining in Glendalough.