You are here: HomenextPlacesnextNEWCASTLEnextThe Community Centre At Newcastle

The Community Centre At Newcastle 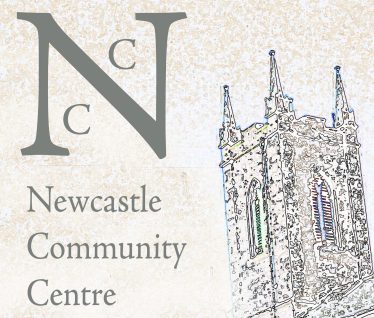 May 1985 was a watershed month for the community of Newcastle as the fruits of their labour in their various fundraising endeavours, resulted in the building and opening of the new Community Centre in the village. This is a short account of how a small but hard working community rallied together to make the community centre a reality.

Wicklow County Council donated the site it was built on.  It was a very special cause for celebration and the local Newcastle Community Festival in its fifth year at this time was very much a part and parcel of the celebrations for the new building. The building was complete about a year but work on the inside of the building was just finishing. Local Architect Stephen Tierney had designed it. There is a kitchen, showers, cloakroom, offices, meeting rooms, toilet facilities and a large hall for sports and other events. The official opening of the new building would take place during the festival.

There had been a huge and varied series of fundraising events run over several years by the committee to fund the project. Pam Minnock of the Newcastle Community Centre and Festival stated that ‘we have been working very hard in Newcastle over the past few years to bring the centre to this stage and it will mark a great achievement for us.’ RTE personality Donncha O’ Dunlaing would perform the opening ceremony. The cost of building the centre left an outstanding debt of £20,000. The fundraising efforts continued. It was hoped that the festival would put a sizable hole in this debt.

There was a long list of events lined up for the festival which made great use of the new hall space and these included a Senior Citizens Supper, a Card Night, a Fun Run, a Youth Careers Exhibition, a Food Fair with food from 20 countries, Midget Car racing, dancing with ‘The Cantons,’ Sports and a Grand Fete which ran during the week-long festival. The building costs were all funded locally as there was no government money to be obtained for the project. The whole community was urged to get involved and have some fun.

Sunday May 26th was the date set for the grand opening, with a grand parade in the afternoon. There would be an official opening and blessing followed by an ecumenical service. Teas and refreshments were then served. Music, weather permitting, would be provided outside. The Lord Mayor’s dance would take place that night. The ‘Coasters’ provided the music and there was a £3 entrance fee. The late Ronnie Drew of ‘Dubliners’ fame would be a special guest as would the late Mick Lalley ‘Miley’ from Glenroe. He was lined up to present the prizes on the sports day. Amongst those who helped bring the project to fruition were Liam O’ Neil, Pat Carey, Brendan Cosgrave, Pat Hempenstall,  Paddy Lee, Eddie Farrell, Seamus Gregory, Caroline Whelan, Festival Princess for the past year, Eamonn Burke, and the AnCo men who did a lot of the work on the building.

The new building would ‘stand as a tribute to what can be achieved by a small but hard working community when they set out to achieve something.’